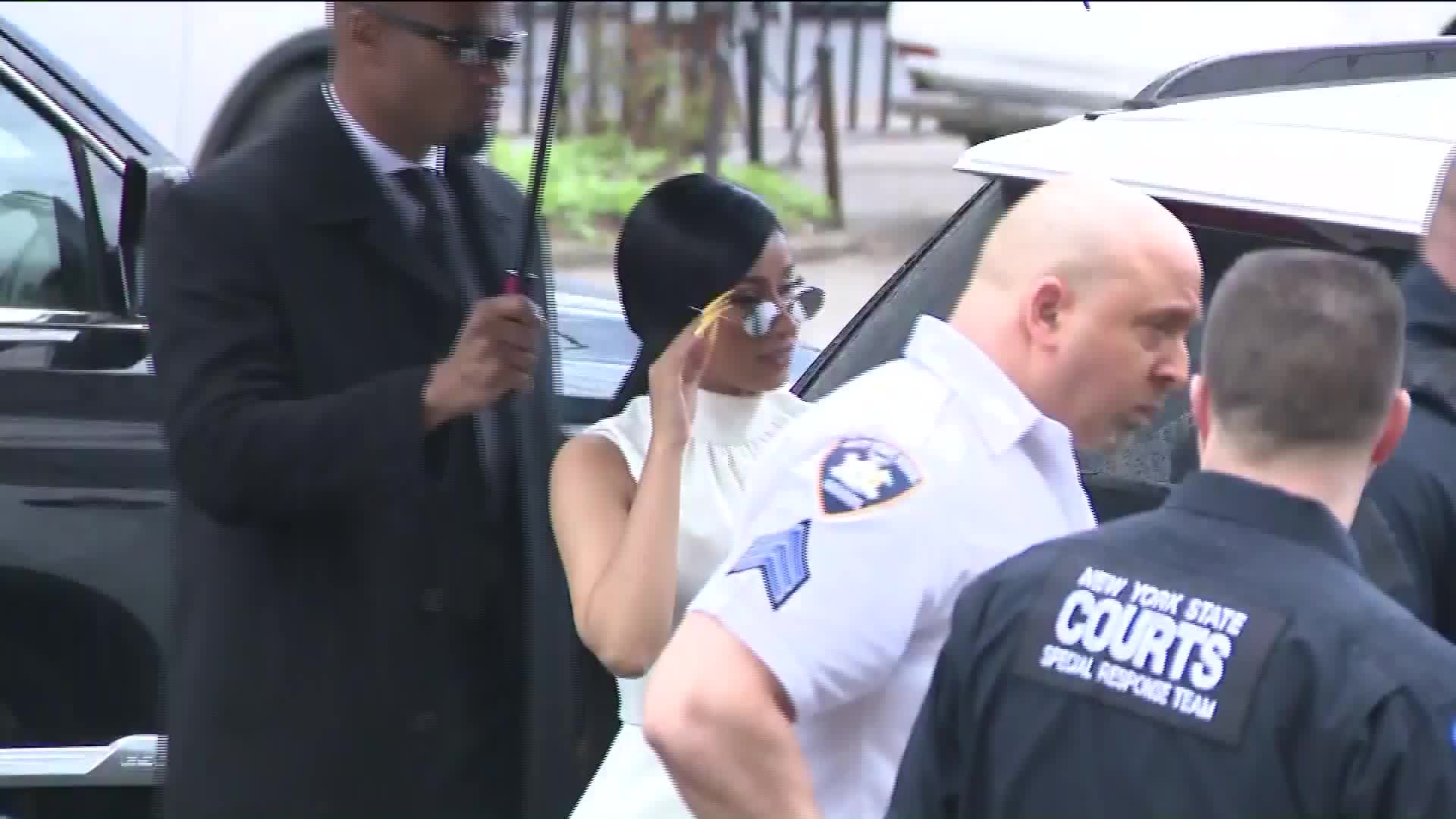 QUEENS — Rapper Cardi B rejected a plea deal over her alleged involvement in a fight at a Queens Strip club.

The 26-year-old appeared in front of a judge at Queens Criminal Court Friday and rejected the offer to plead guilty to an A misdemeanor charge, in which she would have received a conditional discharge.

Police say Cardi B, whose real name is Belcalis Almanzar, and her entourage were at Angels Strip Club around 3 a.m. Oct. 1 when she argued with a 23-year-old woman bartender.

They say a fight broke out in which chairs, bottles and hookah pipes were thrown, slightly injuring the woman and another employee.