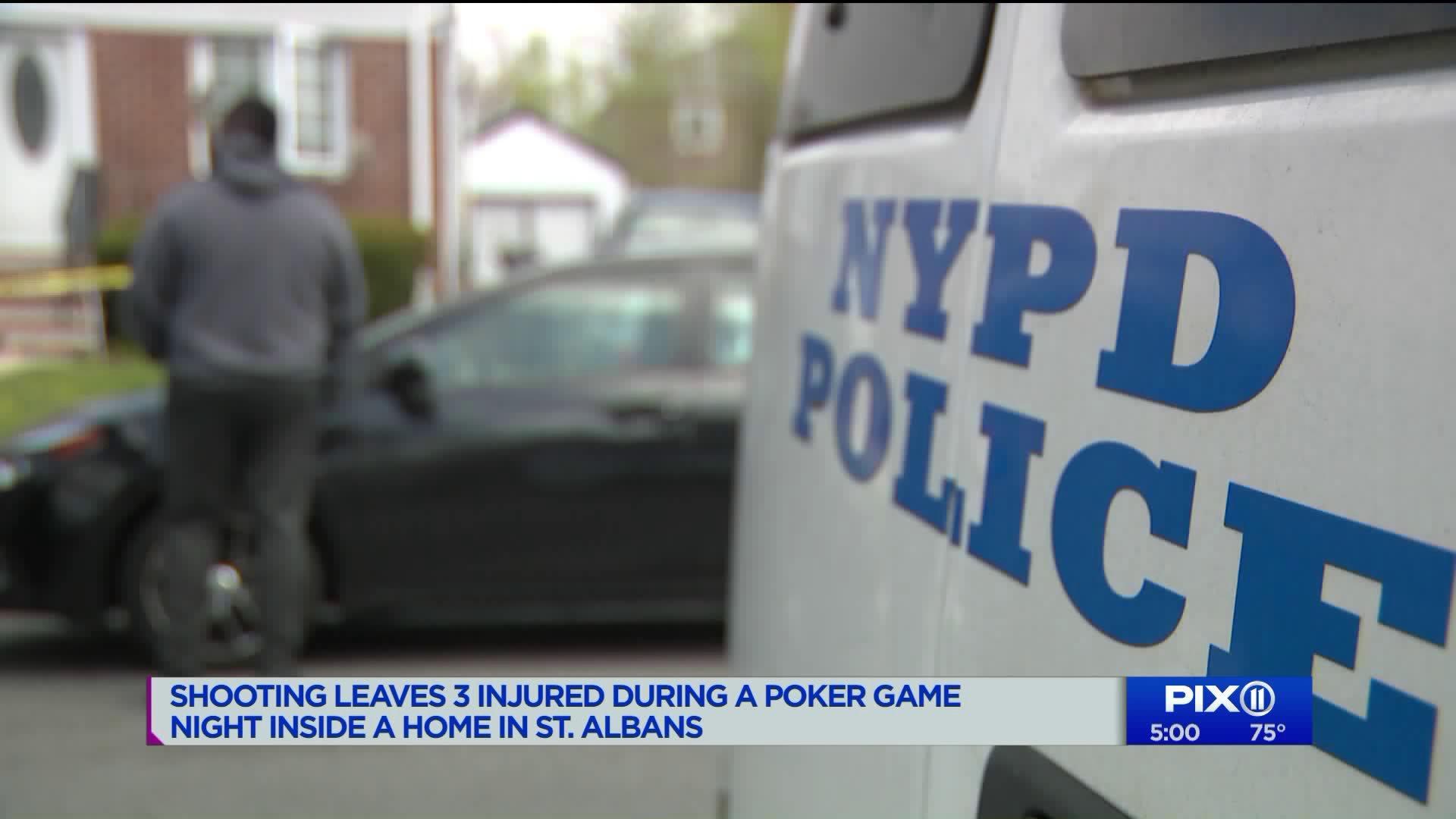 Several men were in the basement of a home in the vicinity of 200th Street and Nashville Boulevard when a man entered the residence and fired several shots shortly after midnight, police said.

ST. ALBANS, Queens — Three men were shot at what started out as an underground, high stakes poker game and ended in a barrage of bullets early Friday, police said.

Several men were in the basement of a home in the vicinity of 200th Street and Nashville Boulevard when a man entered the residence and fired several shots shortly after midnight, police said.

A man who dodged the gunfire spoke exclusively to PIX11 News, saying they were ambushed.

"There was no argument, I just heard shots," the man, who did not want to be identified, said. "People started shooting, everyone.. all of us ran for cover."

A 49-year-old man who lives in the residence was shot in the leg, police said. He was taken to Jamaica Hospital for his injuries.

Two other men in their 30s were also shot, police said.

A 30-year-old man was shot in the back, cops said. He was also taken to Jamaica Hospital in critical condition.

A man, between ages 26 and 36, took himself to Franklin Memorial Hospital with a gunshot wound to the leg, police said.

PIX11 News learned the basement house party was a regular poker night and games start at $200 a hand. Police said it was just after midnight when a man in his 30s entered the basement and started shooting.

According to police, several weapons and narcotics were found in the basement.

Police say one of the men shot is a suspect in the incident.