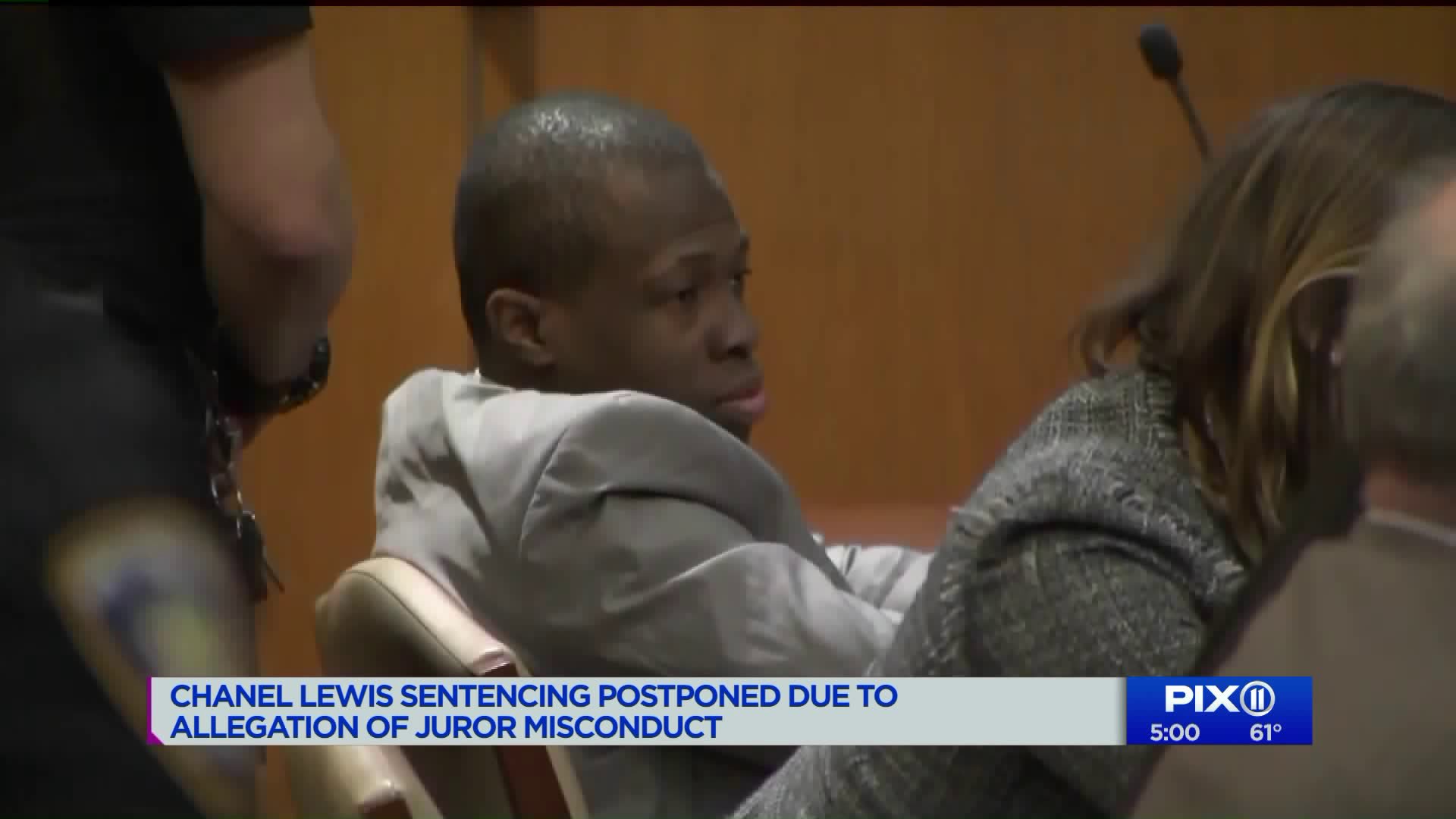 Lewis, 22, was expected to be sentenced Wednesday in the August 2016 attack after two trials.

KEW GARDENS, Queens — The sentencing of Chanel Lewis, who is convicted in the killing and sexual abuse of Queens jogger Karina Vetrano, was postponed Wednesday amid allegations of jury misconduct.

Lewis, 22, was expected to be sentenced Wednesday in the August 2016 attack after two trials.

After the sentencing was postponed, Lewis's supporters left the courtroom, chanting "Justice for Chanel."

Lewis's mother, Veta Lewis, joined others outside who said the "real killer" should be found.

“My son is innocent!” she declared at a press conference outside of the courthouse here. “All I want for my son, is justice for Chanel.”

For their part, Karina Vetrano’s family made very little comment. Asked if he had anything to say, Phil Vetrano, Karina’s father, said only two words: “Not now.”

A hearing is expected to take place next Monday, and include testimony from a witness. If the judge concludes that there was no jury misconduct, he plans to go forward with sentencing on Tuesday.

Vetrano, 30, was killed as she ran on a park trail in Howard Beach, Queens, in August 2016. Prosecutors said Vetrano had been sexually abused. Her father discovered the body the evening she’d gone missing.

The case, however, has proven to be complicated, as Lewis’s first trial ended in a hung jury in November 2018.

The defense argued that his two taped confessions were coerced, and that not enough of his DNA was found in the crime scene to conclusively prove that he was the killer.

The prosecutors, however, said the confessions came willingly and his DNA was found on Vetrano’s phone, nails and neck.

The closely watched case caused fear among women who run alone and baffled investigators, who for months were unable to find anyone who matched DNA that was found under the victim's fingernails as she fought back. Lewis was eventually tested and linked to DNA found at the scene and on the victim, according to police.