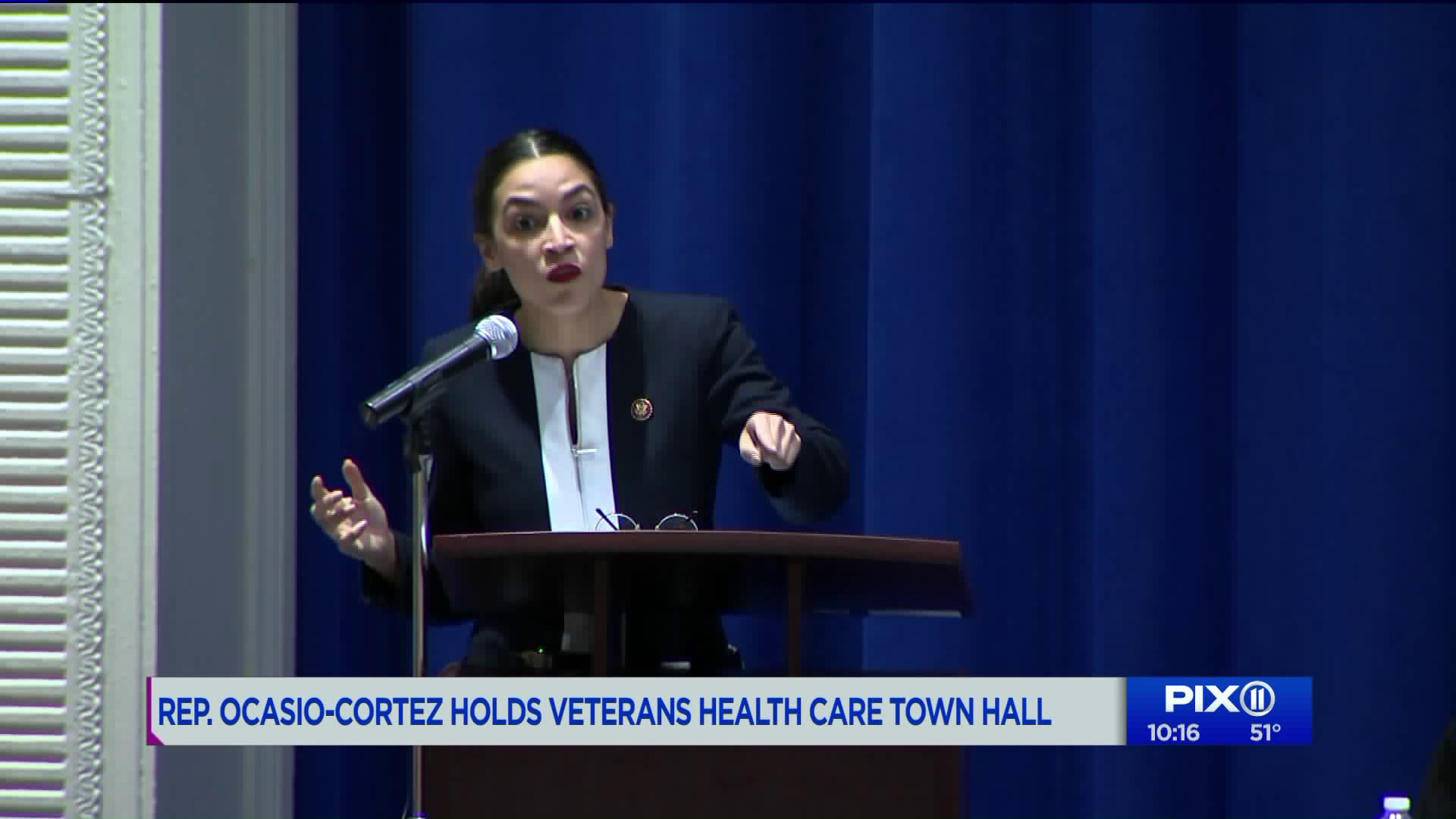 A fired up group of veterans, nurses and constituents welcomed Congresswoman Alexandria Ocasio-Cortez at a town hall about veteran`s health care as they voiced their concern over the possible privatization of the VA.

MORRIS PARK, the Bronx — A fired-up group of veterans, nurses and constituents welcomed congresswoman Alexandria Ocasio-Cortez at a town hall about veteran’s health care Wednesday as they voiced their concern over the possible privatization of the VA.

"If it ain’t broke, don't fix it,” said Ocasio-Cortez.

Under the Trump administration, Veterans Affairs has proposed guidelines that could shift billions of dollars from government-run veterans hospitals to private ones.

"The VA does know what it's doing. It’s spent 70 years perfecting what it’s doing," said Suzanne Gordon, an expert on Veteran’s Health Care. "Study after study shows that the VA delivers better health care than the private sector”

Congresswoman Ocasio-Cortez is calling for her constituency to organize and send a clear message.

"They're trying to fix the VA for a for-profit health care industry that does not put people or veterans first,” Ocasio-Cortez said.

Veteran's affairs denies their goal is to privatize. They say any proposal that is being considered is about choices and allowing veterans to choose their health care provider.