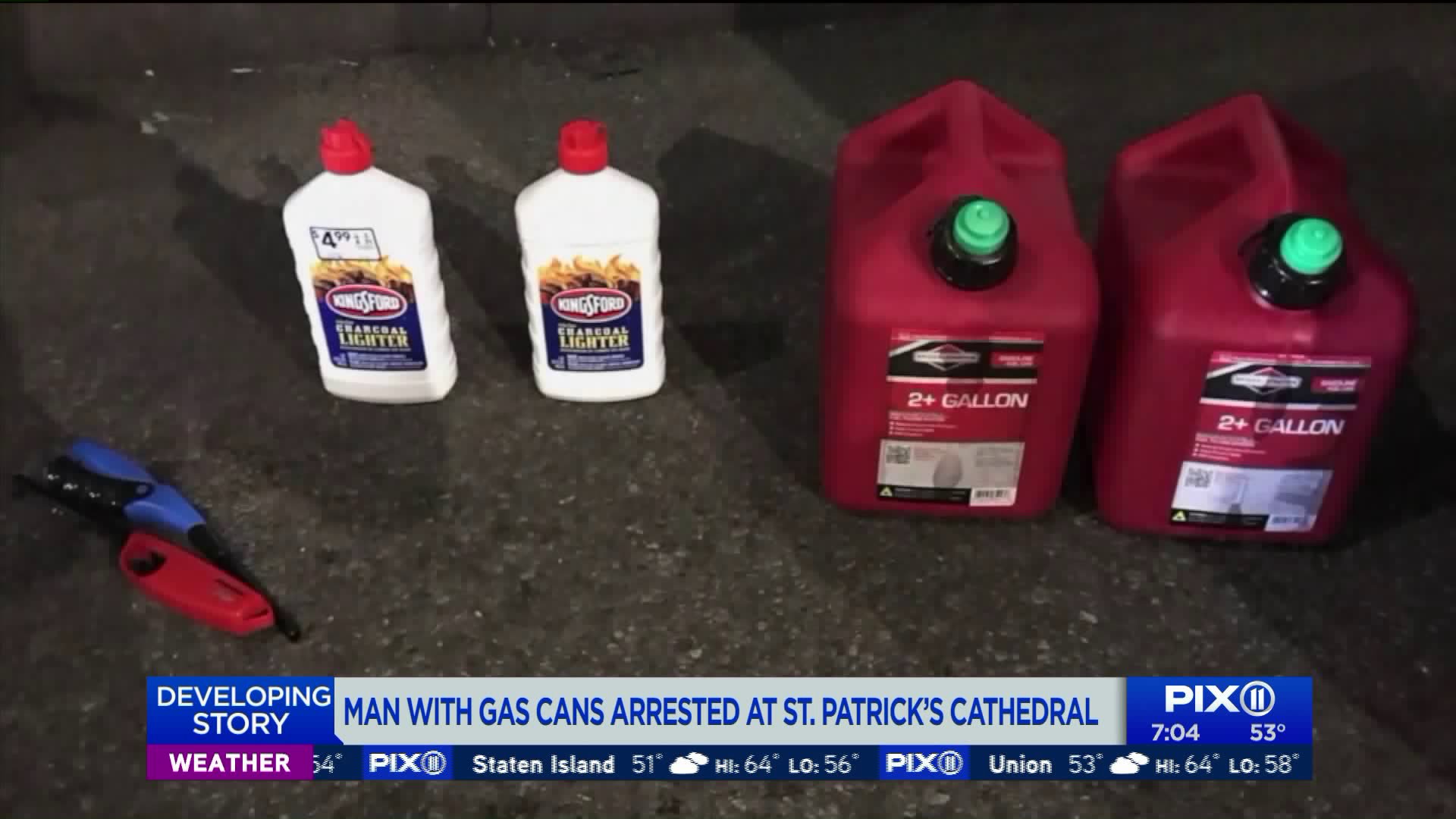 A man was taken into custody after he tried to enter St. Patrick`s Cathedral with several gallons of gasoline.

MANHATTAN — A man was taken into custody after he tried to enter St. Patrick’s Cathedral with several gallons of gasoline on Wednesday night, police said.

A man walked into St. Patrick’s Cathedral in Manhattan with gas cans and lighter fluid (pictured), and was subsequently apprehended by police. (Twitter/NYPD)

Authorities said the 37-year-old man could be seen on area security cameras parking a minivan on 5th Avenue and walking around the area.

Security then notified officers from the counter-terrorism bureau who were standing outside, Miller said. The officers caught up to the man and arrested him after he was questioned.

The man told police he was just cutting through the cathedral to get to Madison Avenue and that his car had run out of gas, officials said. Police checked his vehicle; it was not out of gas.

"His story is not consistent," Miller said.

The suspect is known to police, who are currently looking into his background, according to Miller.

Five police vehicles were seen out front of St. Patrick’s Cathedral. Counterterrorism NYPD officers were at the scene.

We are investigating an incident at St. Patrick’s Cathedral. Expect a heavy police presence.

People were told to expect a heavy police presence in the area.

A spokesperson for the Archdiocese of New York said an "individual was stopped as he tried to come into the cathedral." The man was turned over to the police and nothing happened inside the cathedral, according to the spokesperson.

Wednesday night's incident comes just days after a devastating fire at the Notre Dame Cathedral in Paris. The spire at the cathedral collapsed as Parisian firefighters battled that massive blaze.

St. Patrick's Cathedral was built in 1878 and has installed a sprinkler-like system during recent renovations. Its wooden roof is also coated with fire retardant.