MTA, community groups and riders work on new bus routes in Queens and the Bronx 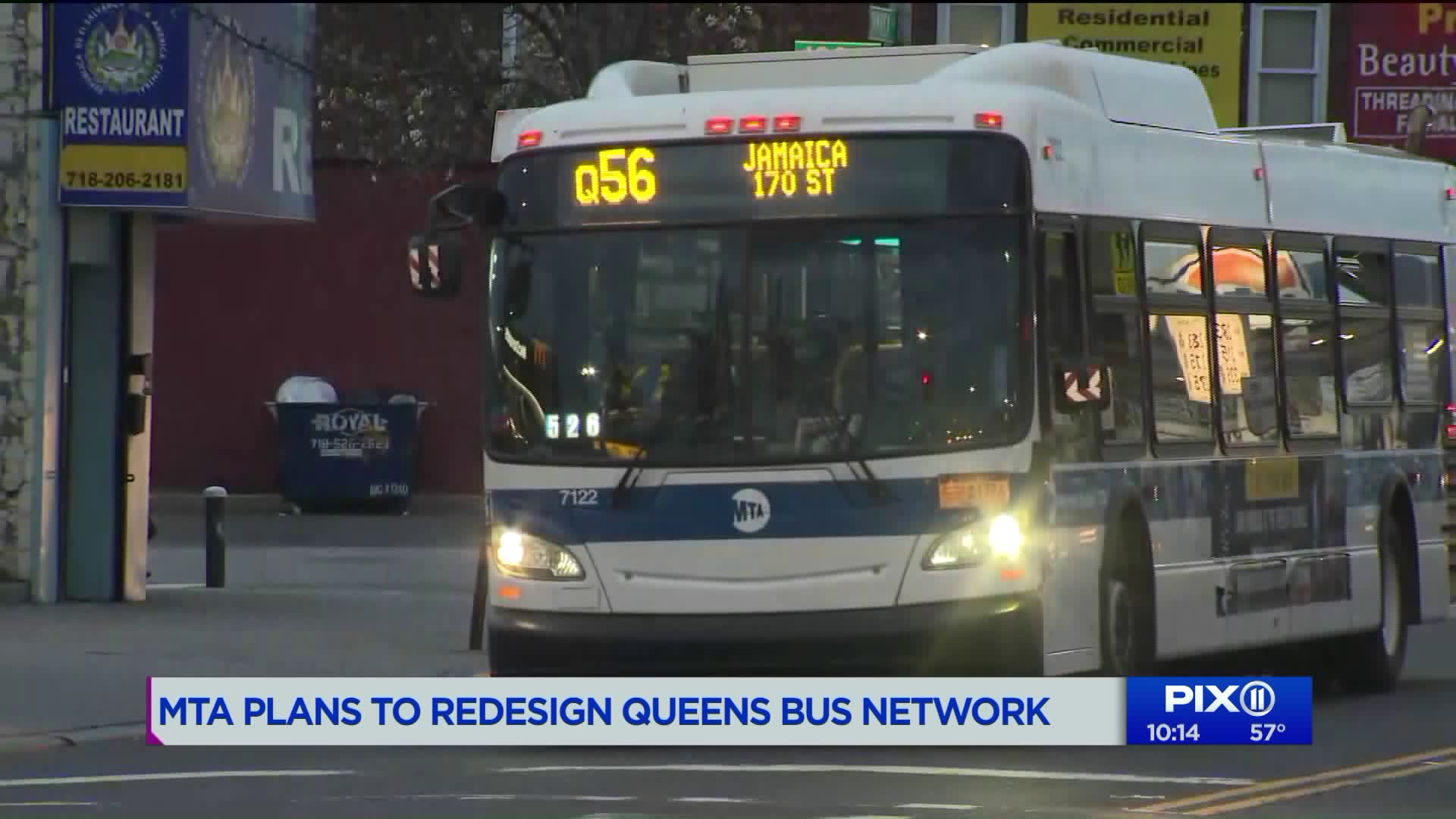 QUEENS —It's the talk of the bus stop.

Should stops be eliminated to make routes faster? Where should stops be located? When are more buses needed to pick up passengers?

Vanessa and Elsie were headed home Tuesday to Broadway Junction in Brooklyn. The Q56 will take them about six miles along Jamaica Avenue.

They spoke with PIX11 News Reporter Greg Mocker about the wait as they glanced at their phones to check the bus-time arrival information.

At least three buses with a display that said “out of service” motored along Jamaica Avenue.

They described waiting between twenty minutes and an hour, especially after 7 p.m.

MTA NYC Transit will be reviewing bus routes in each borough. A series of open houses and community meetings are scheduled. The transit agency reviews MetroCard data and ride information from GPS-based bus tracking.

The process began in Staten Island and it has been going in since last year in the Bronx.

Now, it's beginning in Queens. Designers call it a “holistic, blank-slate approach.”

The first Queens open house Tuesday, May 7 from 7 p.m. at Peninsula Library on Rockaway Beach Blvd.

There will be community meetings and on-line surveys. The transit agency will use ridership data from MetroCards and GPS bus tracking to craft the proposals.

“We know the buses are slow says,” proclaimed a tweet from NYCT Buses as the agency announced the next steps and forums in May.

Charlton D’souza invites officials to wait for and ride the bus with him, especially in the evening.

“The Q110 has not seen a schedule change in ten years,” he said.

Fewer stops that are farther apart is the message that the MTA says it has received from surveys in the Bronx. In a media release, the agency says about 2,750 surveys were conducted on-line and at the public workshops. 63 percent of those respondents opted for fewer stops. 37 percent said there should be more stops.

In Queens, it will include a review of all local, SBS, and express bus service in the area, including coordination with NICE Bus.

There are 107 local, limited, SBS, and express routes in Queens that carry more than 714,000 weekday riders.

The MTA acknowledges that some follow old trolley routes, and no longer reflect the travel needs of residents and commercial, residential and institutional developments.