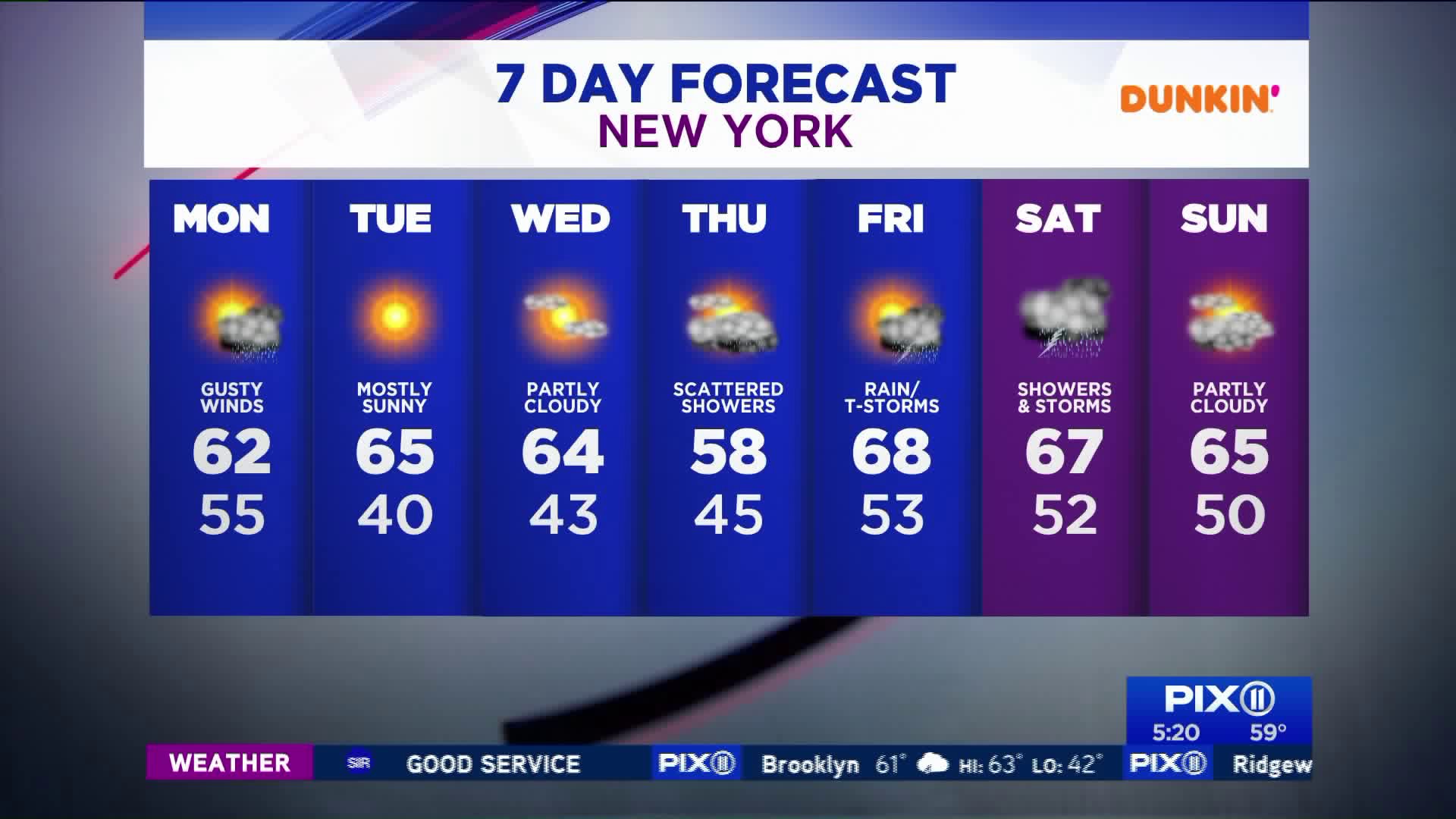 An earlier tornado watch has been canceledm but severe weather that came with the storm continues to move through the area. Rain is expected to clear around 8 a.m., but windy conditions are still exepected.

NEW YORK — An earlier issued tornado watch has been canceled for New York City, parts of northern New Jersey,  the Lower Hudson Valley, and parts of Connecticut early Monday and through Monday morning, according to the National Weather Service.

Although the tornado watch for much of the area is canceled, severe weather is still expected through the morning, including heavy rain, chances of hail the size of pennies and wind gusts, the NWS said.

Heavy rain is expected to move through the tri-state area, but wind gusts will pick up by the afternoon.Thunder and lightning has been reported throughout parts of the region.

A wind advisory remains in effect from noon to 2 a.m. Tuesday, according to the NWS. Strong winds with gusts up to 45 mph are expected.