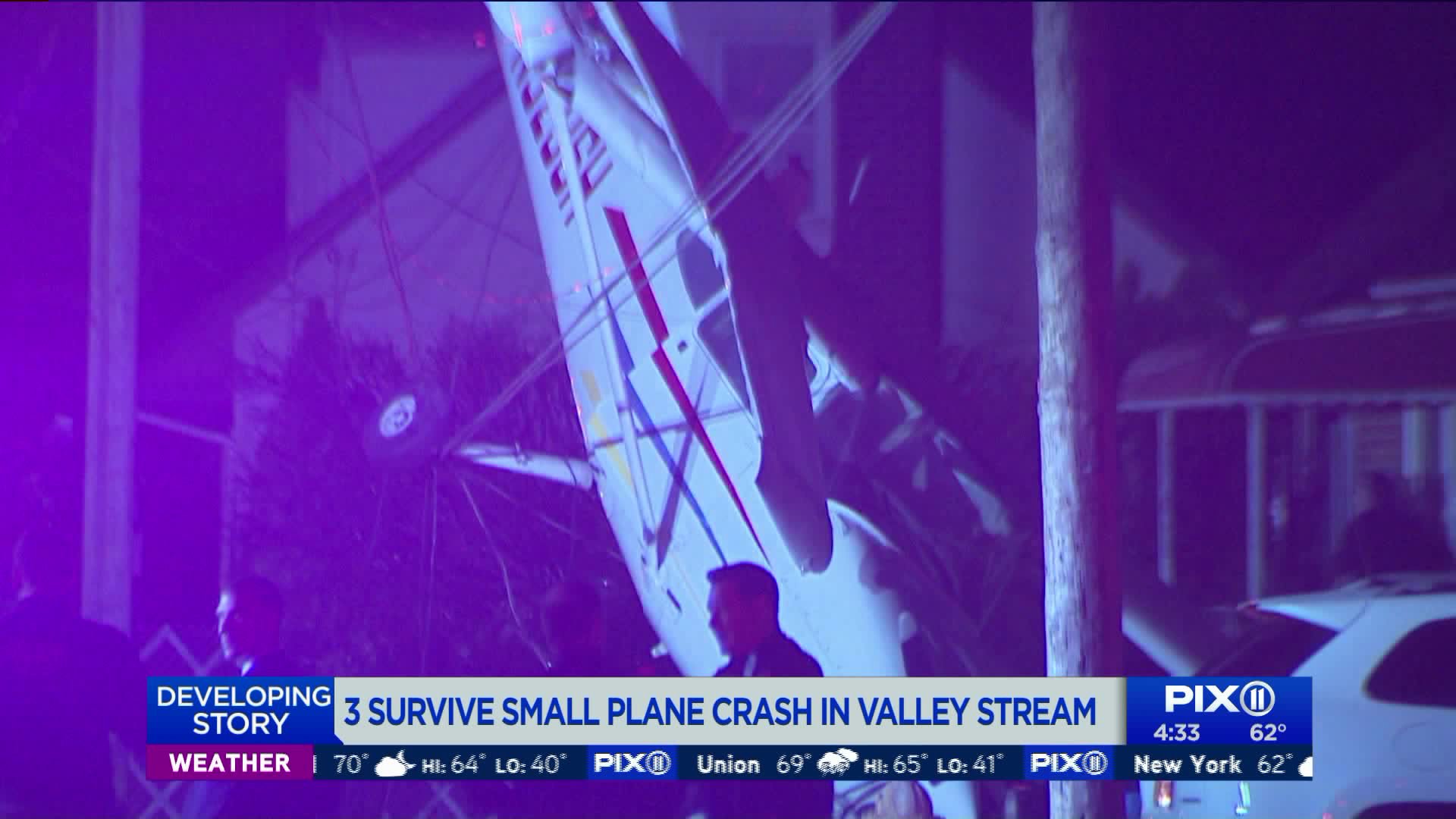 The people inside a small plane that crashed into the front lawn of a Valley Stream home are ok, with one suffering a sprained finger. 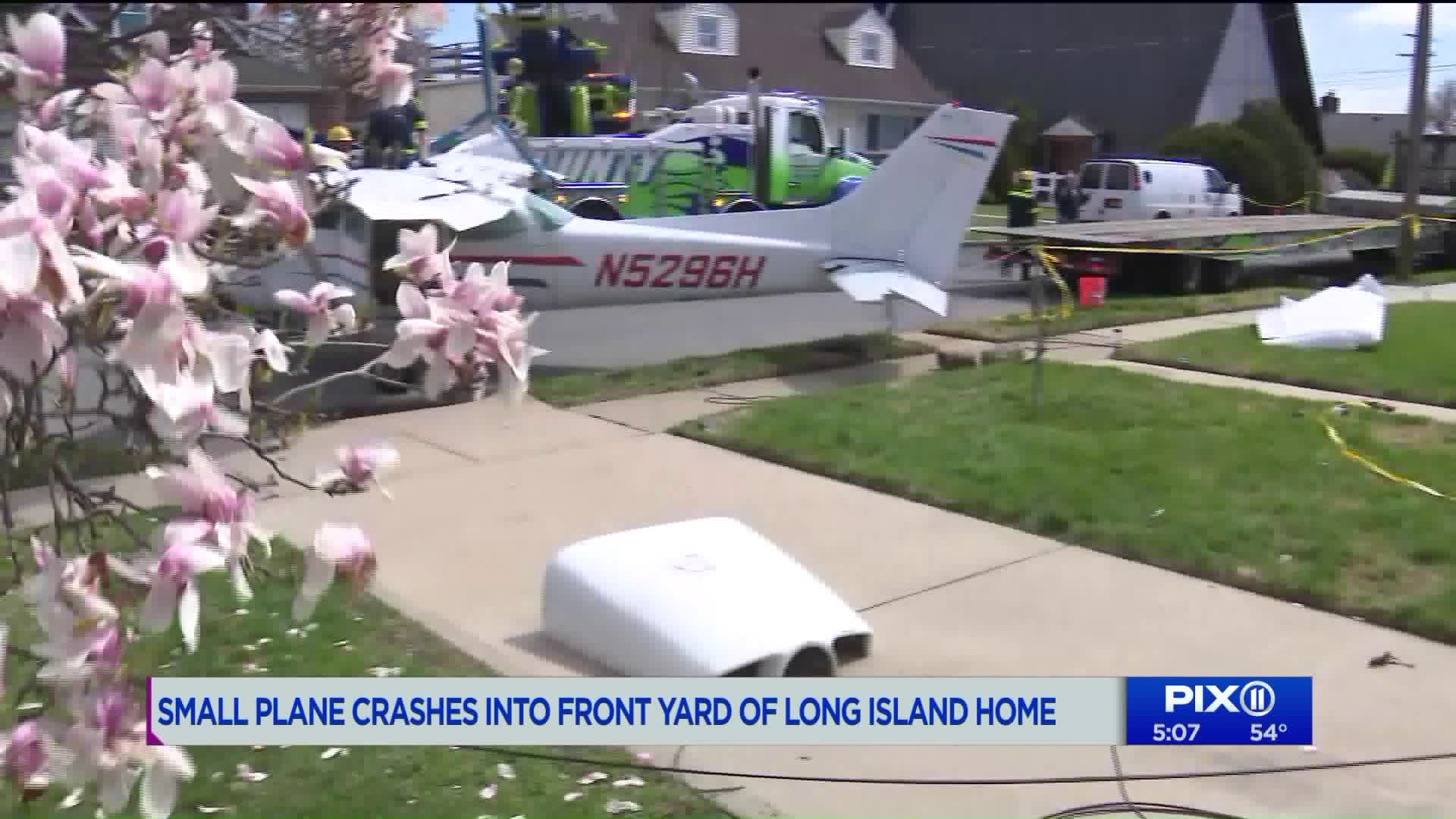 The Cessna 172 aircraft crashed about 2 miles northeast of John F. Kennedy International Airport around 10:20 p.m., according to the FAA.

The incident happened on Clarendon Drive, according to police.

Police initially said the plane crashed into a home, but footage of the scene shows the plane appears to have crashed in the front yard of a house.

It does not appear as if anyone was injured, according to police.

The FAA plans to investigate.

@News12LI A small plane crashed on Clarendon Drive in Valley Stream about 15 minutes ago. pic.twitter.com/fgQk6XM9XB