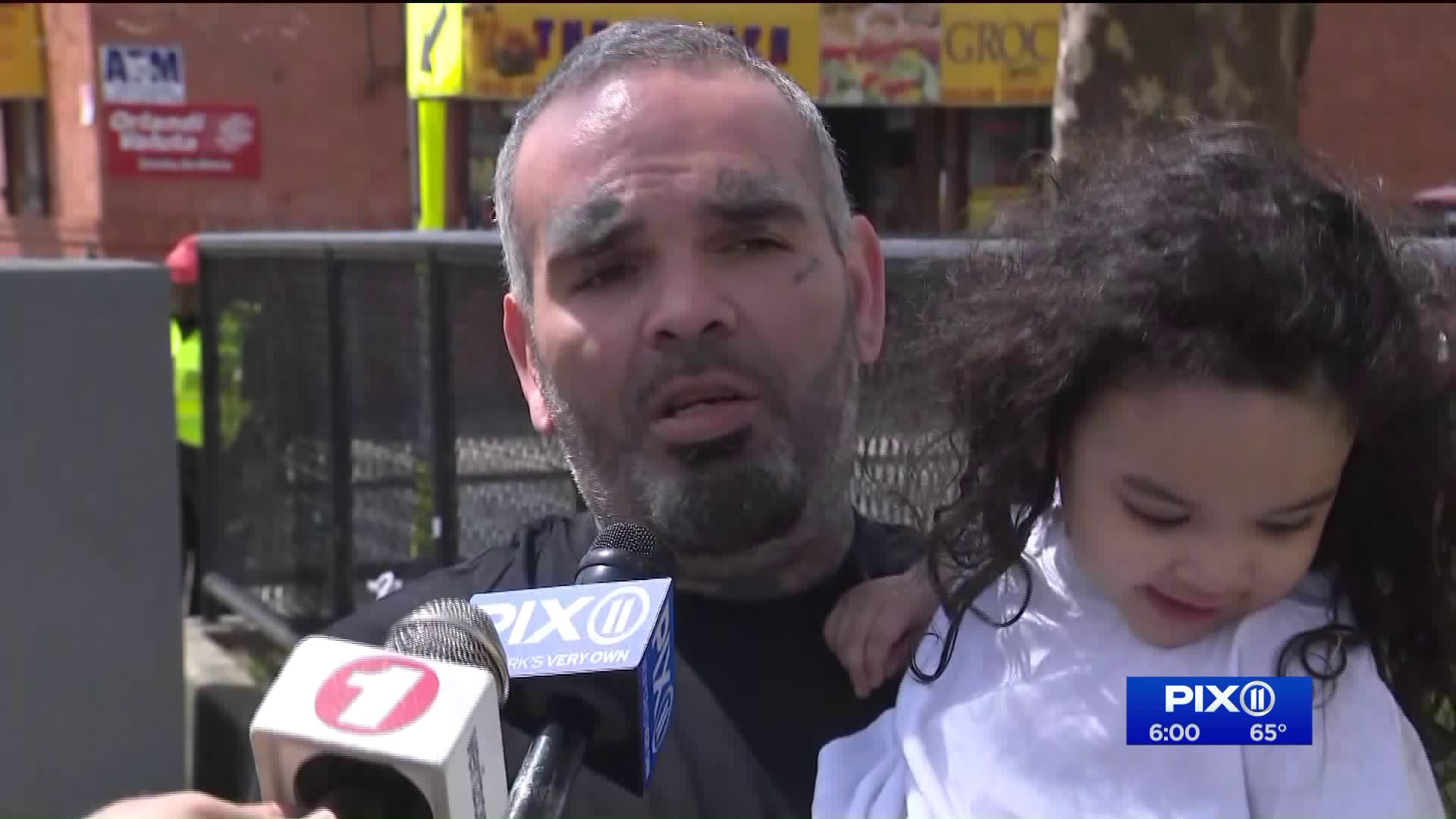 Jersey City father Orlando Martinez was forced to help his daughters out the second story window of their home Friday when a fire broke out, trapping them upstairs.

JERSEY CITY, N.J. — A Jersey City father was forced to escape with two of his daughters through the window after a fire tore through their home Friday morning.

The blaze broke out at a 26 Gates Ave. in Jersey City.

Orlando Martinez was in the second floor apartment with two of his five daughters when a fast-moving fire broke out in his neighbor's apartment.

The flames quickly spread to their shared stairwell so Martinez could not escape through the front door, so he took his daughters, ages 2 and 5, out the second floor window and onto an awning six feet below.

No injuries were immediately reported.