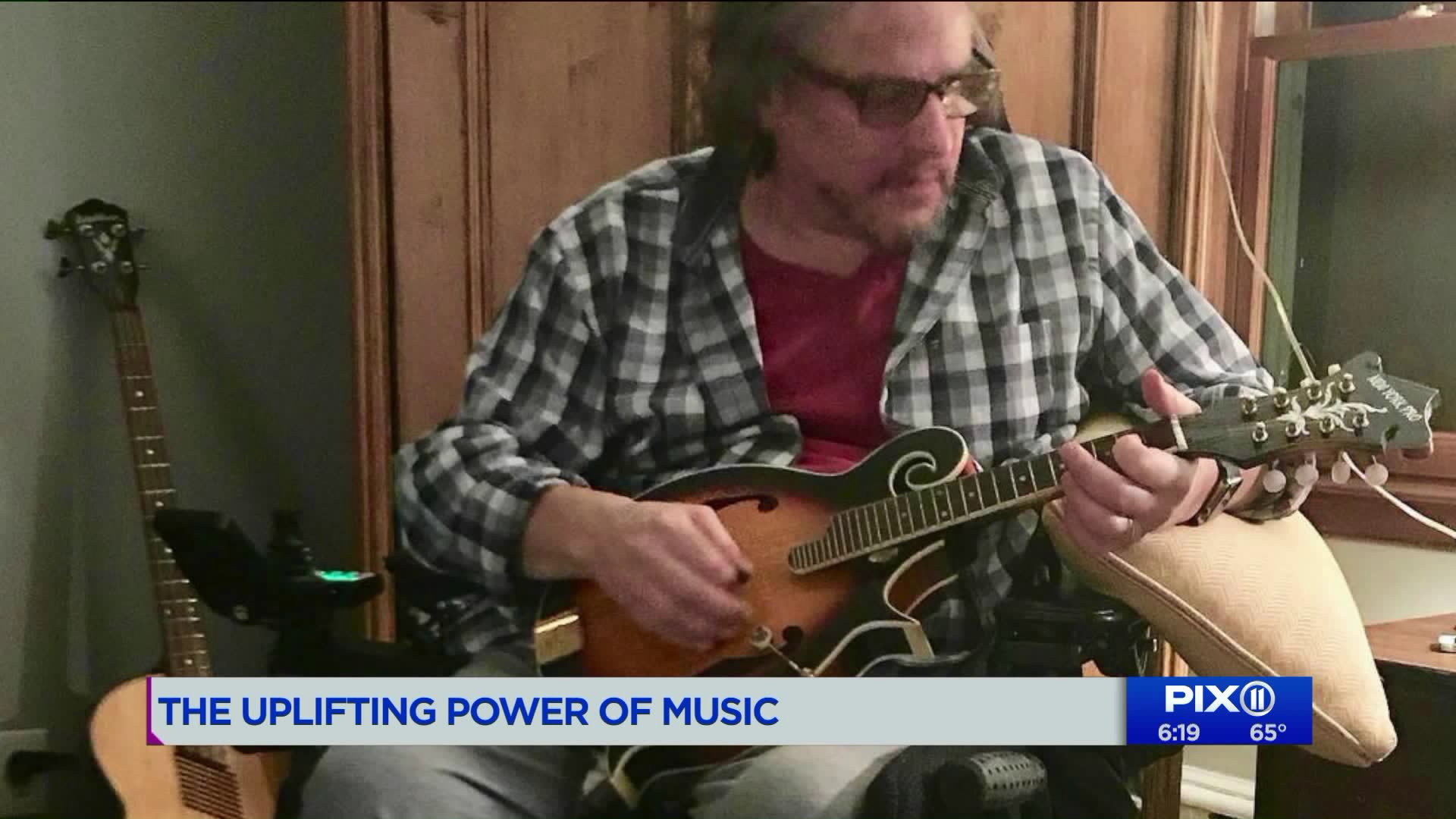 A diagnosis of a debilitating disease is only fueling one man`s spirit to help others. Rich Lieberman`s love for music is what`s driving this activist to improve the lives of those with ALS.

STAMFORD, Conn. — A diagnosis of a debilitating disease is only fueling one man's spirit to help others. Rich Lieberman's love for music is what's driving this activist to improve the lives of those with ALS.

Five years ago Lieberman noticed a weakness in his legs. On his 53rd birthday he was diagnosed with ALS.

“It was a shock because I didn't think I had anything terminal," Lieberman told PIX11.

Music has always played a huge part in Lieberman's life. He taught himself to play guitar, he's a lifelong concert goer, and that's what helps him get through this diagnosis.

“I'll go see live music and even though I’m sitting in a chair and can't move a limb besides a few fingers, I can bob my head and smile.  It gets me out of myself, and I don't think about the disease," Lieberman said.

His inspiration for "Rock for Rich" was Michael Franti's non-profit "Do It For The Love."

“They grant wishes to go to any musical even to see favorite artist all expenses paid.”

Rich was granted his wish — a night with Billy Joel at Madison Square Garden.

In return, Rich decided to host his own rock-and-roll fundraiser at the Capitol Theater in Port Chester, to bring more attention to ALS.

The healing power of music lifts him up, but there's something more. Lieberman says lives each day like it’s a blessing.