Dog attacks on mail carriers up in NYC, USPS urge dog owners to be vigilant 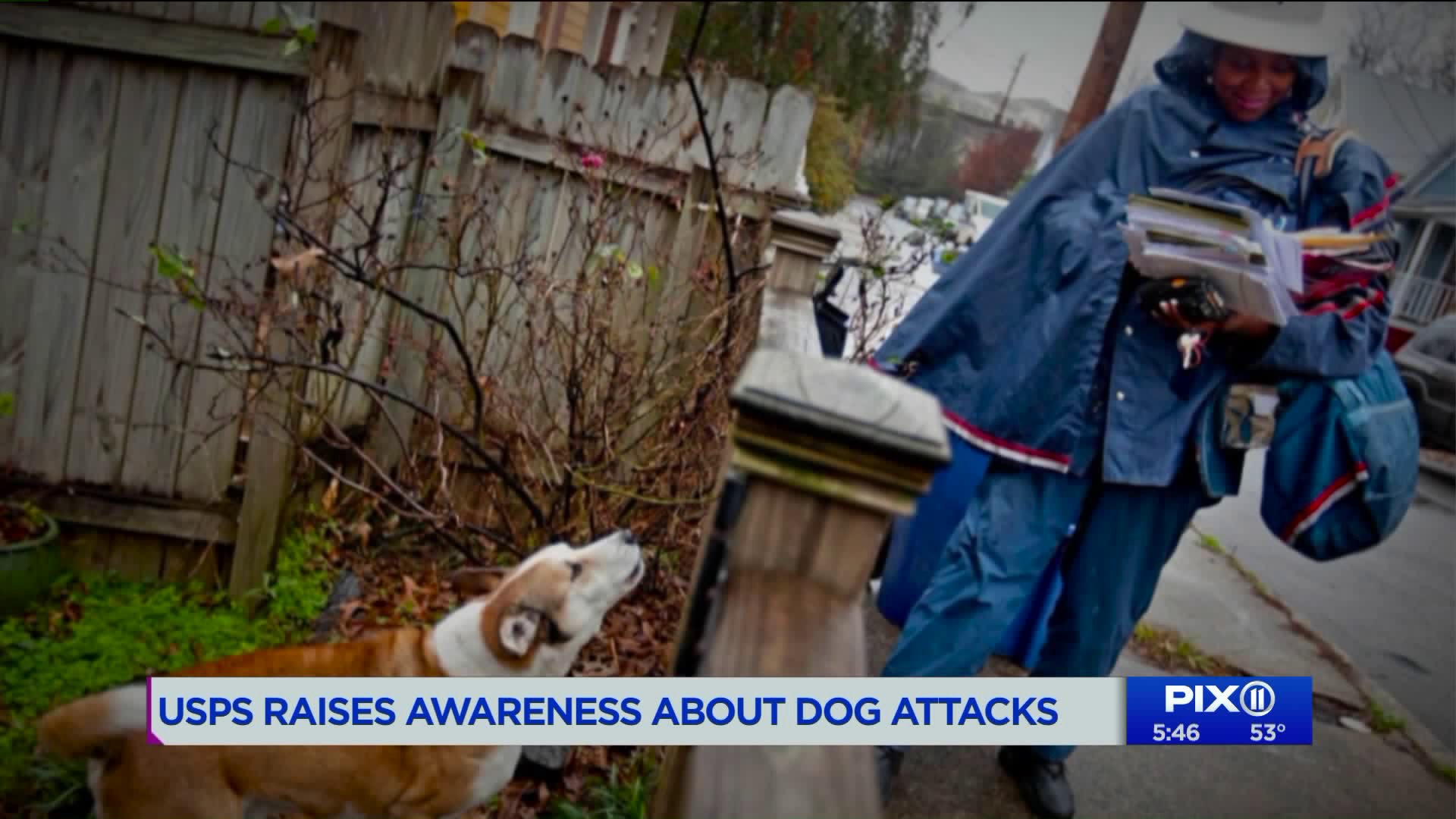 In an effort to reduce potential attacks, the Postal Service held an event at Brooklyn Bridge Park Thursday to raise awareness for what their mail carriers have to face on a daily basis. New York State ranks third in dog related incidents involving postal employees with 339 attacks reported in 2018. New York City alone saw an uptick of 10 percent in attacks.

“I turned around and the dog is right behind me,” he recounted. “I jumped back and it bites me in the leg.”

Salamanca, who's from Wading River, N.Y., was attacked by a shepherd collie mix while on his route. All that remains is that memory and a brutal scar.

“Ever since then I’m always looking around, even to the point now that I will hear the leaves rustle and it’s a squirrel running by and I will just get kind of jumpy,” he said.

Salamanca is just one of thousands of postal workers who get attacked by dogs each year.

In an effort to reduce potential attacks, the Postal Service held an event at Brooklyn Bridge Park Thursday to raise awareness for what their mail carriers have to face on a daily basis.

“Being a responsible pet owner should happen more than one week every year - this is an every day commitment,” USPS Safety Director Linda DeCarlo said.

According to safety specialist Bryan Colletti, the key is to stay calm and not run.

Mail carrier Willie Stubbs continues to report to the job after a series of dog-related incidents. He is urging dog owners to be vigilant.

“You know out of this uniform I am fine, but the thing is, mailman and dogs they just don’t get along and people need to know,” Stubbs said.