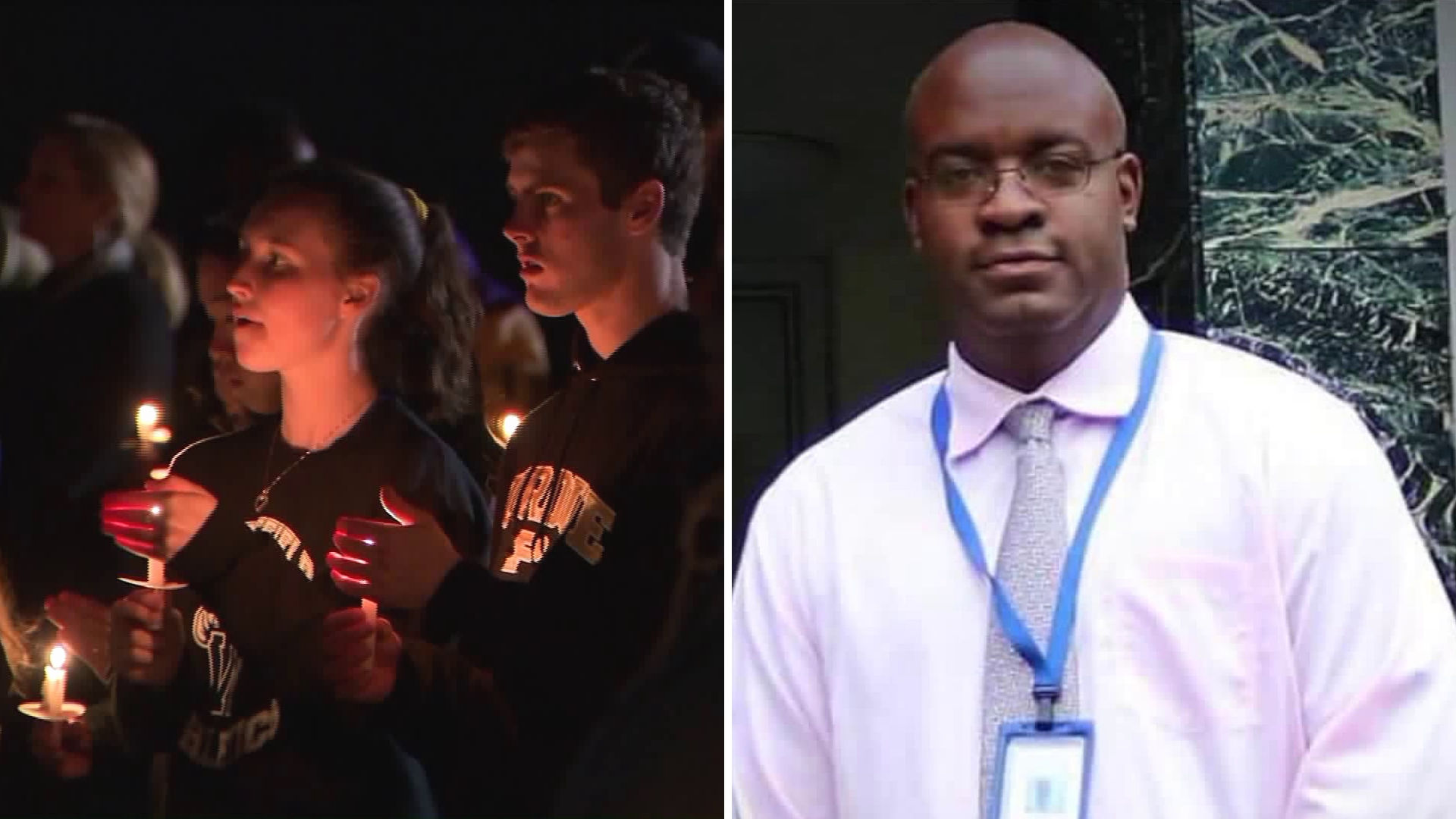 Students shared memories of beloved Westfield High School principal Derrick Nelson at a vigil at the school on Wednesday night. Nelson died unexpectedly after a bone marrow donation for a boy in France he did not know.

WESTFIELD, N.J. — They stood on the Westfield High School lawn, outside the doors to the auditorium Wednesday night. A solemn show of solidarity in their immeasurable loss over their beloved principal, Dr. Derrick Nelson.

"He was just always friendly to everyone. At the games he used to be cheering on with us and everything," student Kyle Henderson told PIX11 at the vigil Wednesday. "He was really outgoing and he wanted everyone at the school to feel comfortable and feel accepted," he continued.

Only the flickering of candles could be seen in the darkness Wednesday, as students shared memories of Dr. Nelson.

Just 44 years old, Nelson’s sudden death on Sunday was a shock to many in the New Jersey town.

At the vigil the word "selfless' was often used to describe him. Nelson had just donated bone marrow to someone he never knew, a 14-year-old boy in France. It is currently unknown if the procedure caused his death.

Dr. Nelson also served 20 years as a U.S. military reservist and was deployed to Afghanistan in 2013.

There's even an online petition to change the high school's name in honor of Nelson, which already has over 13,000 of the 15,000 signatures it needs to be addressed.