Person of interest in hit-and-run of teen girl in Brooklyn is ID’d: police 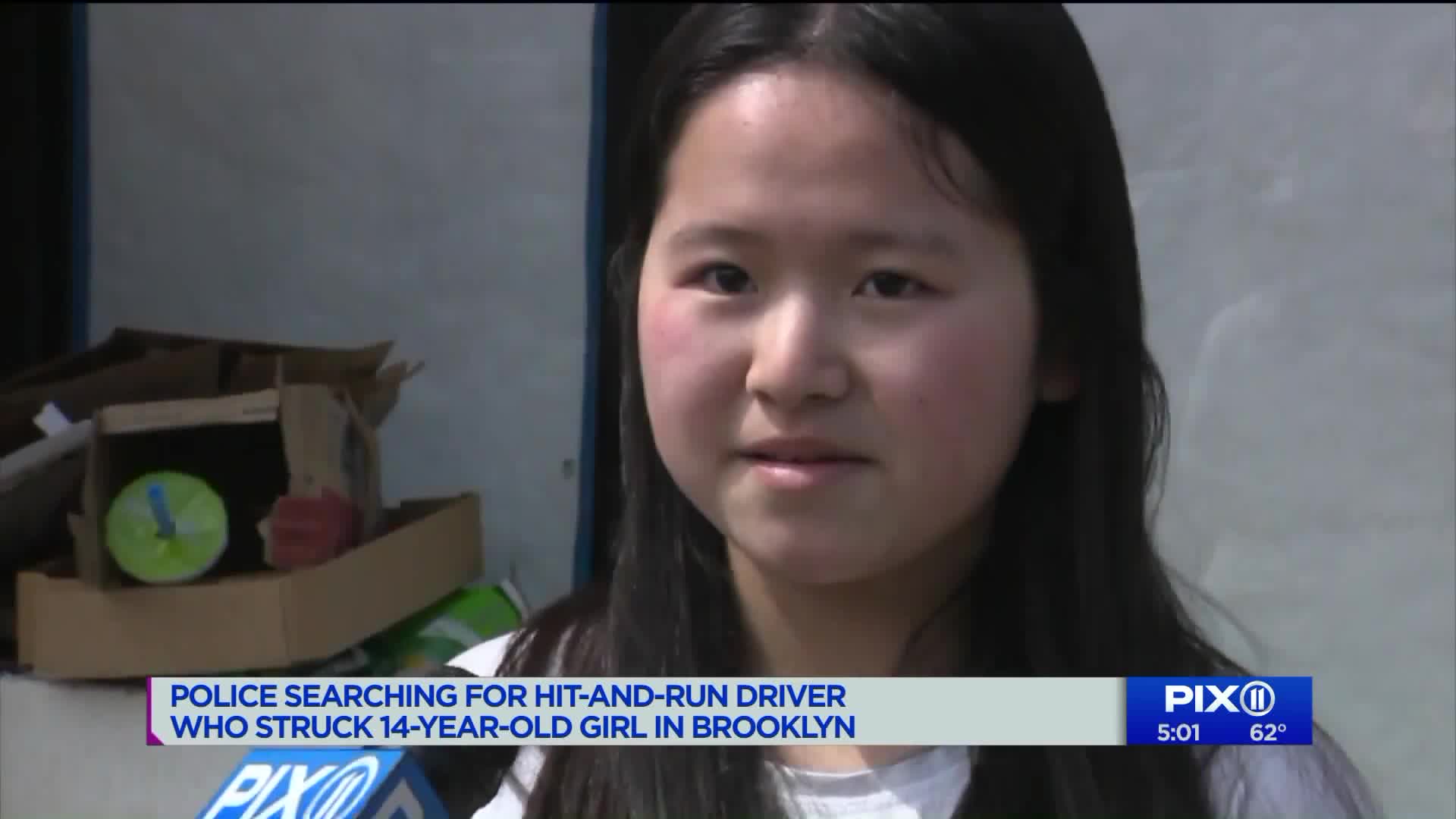 A woman was driving a black Dodge Challenger along 47th Street when she struck a 14-year-old girl who was crossing the street, police said. The driver exited her vehicle to check on the victim, but fled the scene when a witness called 911, according to police.

BROOKLYN — A person of interest was identified Wednesday in a hit-and-run involving a 14-year-old victim, according to police.

Julia Litmonovich is a person of interest in a hit-and-run involving a 14-year-old in Brooklyn on March 27, 2019. (NYPD)

Julia Litmonovich, 49, is sought in the March 27 incident, police said.

A photo of Litmonovich has been released by police, and she is described as 5 foot, 6 inches tall; 160 pounds with brown hair.

Investigators want to speak to her after they say 14-year-old Xin Yi Wang was hit by a black Dodge Challenger as she crossed the street on the crosswalk bordering Sunset Park and Borough Park.

“She took the red light,” Wang told PIX11. “It was very fast, I want to run away, but because it’s too fast, I cannot just run away.”

The high school freshman was taken to the hospital. She said she sustained lots of bruises, but also painful memories.

“The worst thing is when I see the cars move fast I’m like, ‘oh my God,’ I still remember that moment.”