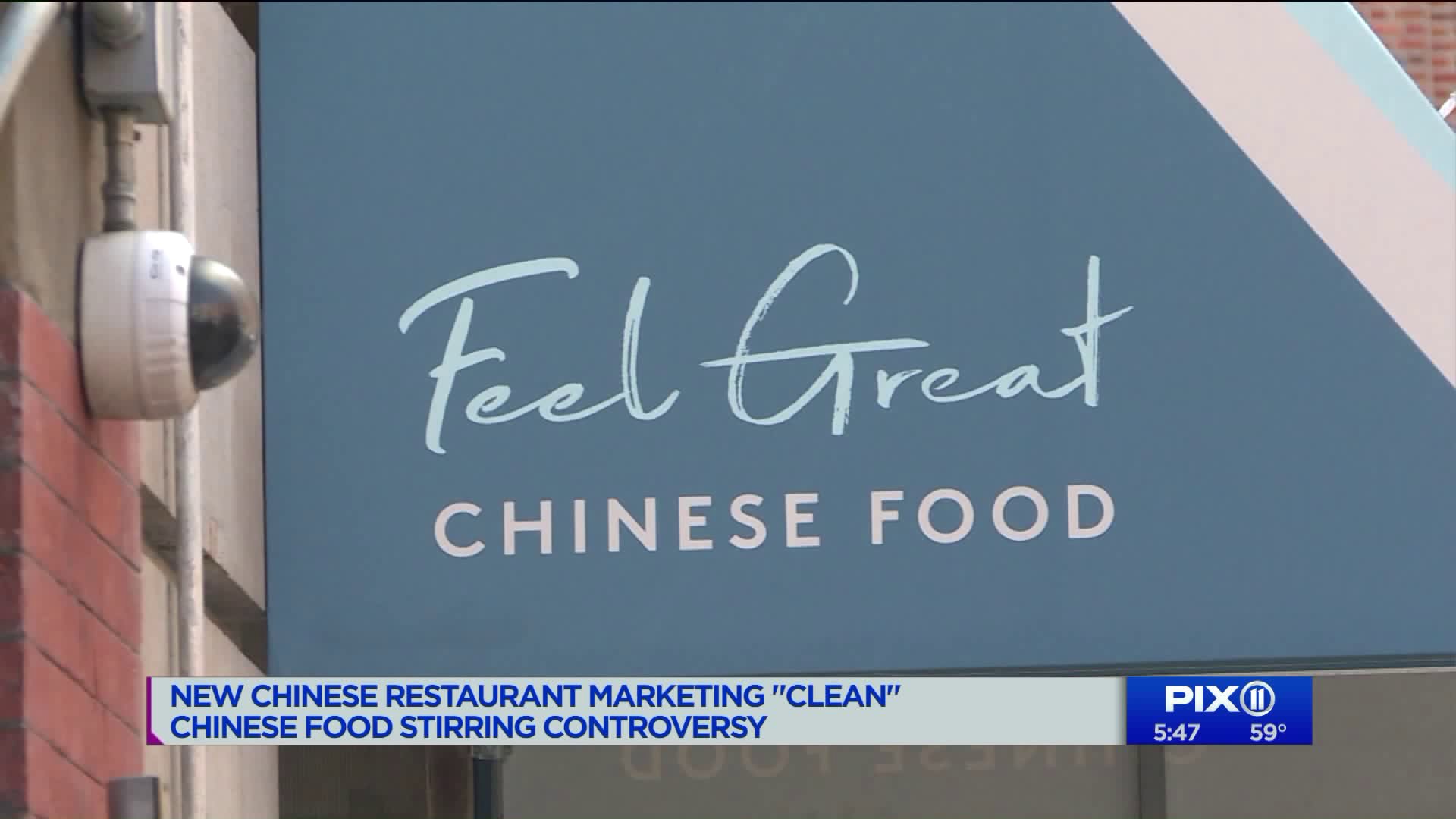 The restaurant hasn`t even been open for a week, but it`s already generating controversyy. Some say an Instagram post promoting the restaurant used racist language.

GREENWICH VILLAGE, Manhattan — It hasn’t even been open for a week, but a new Chinese restaurant in Greenwich village is at the center of a firestorm.

Lucky Lee's, the brainchild of nutritionist Arielle Haspel, is being marketed as “clean” Chinese food, which critics say has implications that demean American-Chinese cuisine.

Social media posts from the restaurant quoting someone saying “I wish there was a place to get healthy Chinese food,” are meant to highlight Haspel’s additive, gluten, MSG and wheat-free approach, but they backfired. Many on social media lambasted the chef, accusing her of cultural appropriation and saying a white woman was profiting off a culture she was disparaging.

Amid the controversy, the restaurant had a sizable lunch crowd on Wednesday afternoon however some outside were disturbed by its branding.

“It seems very inappropriate,” Harold Heale told PIX11. “It’s sort of insinuating that all Chinese food isn't up to the standards that some people expect it to be.”

Haspel declined an interview request with PIX11, but referred us to a statement posted on the restaurant’s Instagram page. In it, she insists Lucky Lee’s is here to celebrate Chinese cuisine.

The other day we received some negative comments on an Instagram post. Some of your reactions made it clear to us that there are cultural sensitivities related to our Lucky Lee’s concept. We promise you to always listen and reflect accordingly. A number of comments have stated that by saying our Chinese food is made with 'clean' cooking techniques and it makes you feel great that we are commenting negatively on all Chinese food. When we talk about our food, we are not talking about other restaurants, we are only talking about Lucky Lee's. Chinese cuisine is incredibly diverse and comes in many different flavors (usually delicious in our opinion) and health benefits. Every restaurant has the right to tout the positives of its food. We plan to continue communicating that our food is made with high quality ingredients and techniques that are intended to make you feel great. Chef/owner, Arielle's husband's name is Lee and his life-long love of Chinese food was inspiration for the restaurant. The name Lucky Lee's reflects the story of how the recipes were conceived. We also received negative comments related to being owners of a Chinese restaurant but not being Chinese. Owners Arielle and Lee are both Jewish-American New Yorkers, born and raised. Similar to many other Jewish New Yorkers' diets, bagels, pastrami sandwiches and yes, American Chinese food, were big and very happy parts of their childhoods. New York is the ultimate melting pot and Lucky Lee's is another example of two cultures coming together. To us, this is a good thing. We love American Chinese food and at Lucky Lee's it is our intention to celebrate it everyday and serve great food. #luckyleesnyc

“There could’ve been a really easy way to do this sensitively,” MacKenzie Fegan, a writer with the VICE food blog Munchies and host of 112BK, told PIX11.

Fegan, who is Chinese American, says Lucky Lee’s got it wrong primarily for the “clean” language it used.

“In the broader world, the opposite of clean is dirty and also some of the language and branding around it distinctly mentions 'healthiness' and by saying that you’re being culturally insensitive to people who eat Chinese food every day,” she said.

Since the backlash, Lucky Lee’s has deleted the social media posts that ignited the controversy.

Meanwhile, a spokesperson for the restaurant told PIX11 they plan to move forward and concentrate on its healthy mission.