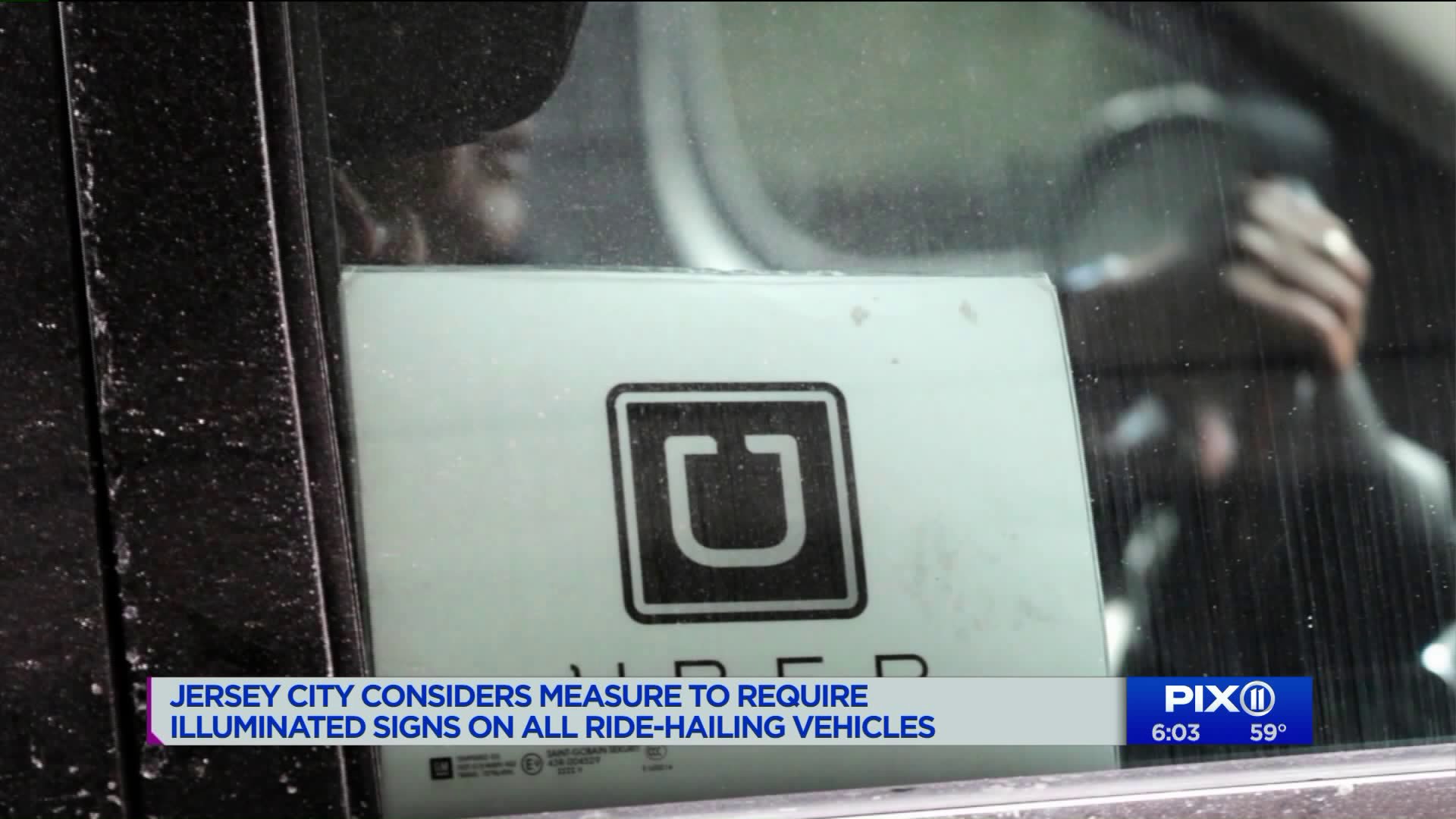 Uber and Lyft are pushing back after Jersey City becomes the latest city to consider a law requiring rideshare vehicles to have illuminated logo signs on the vehicle. 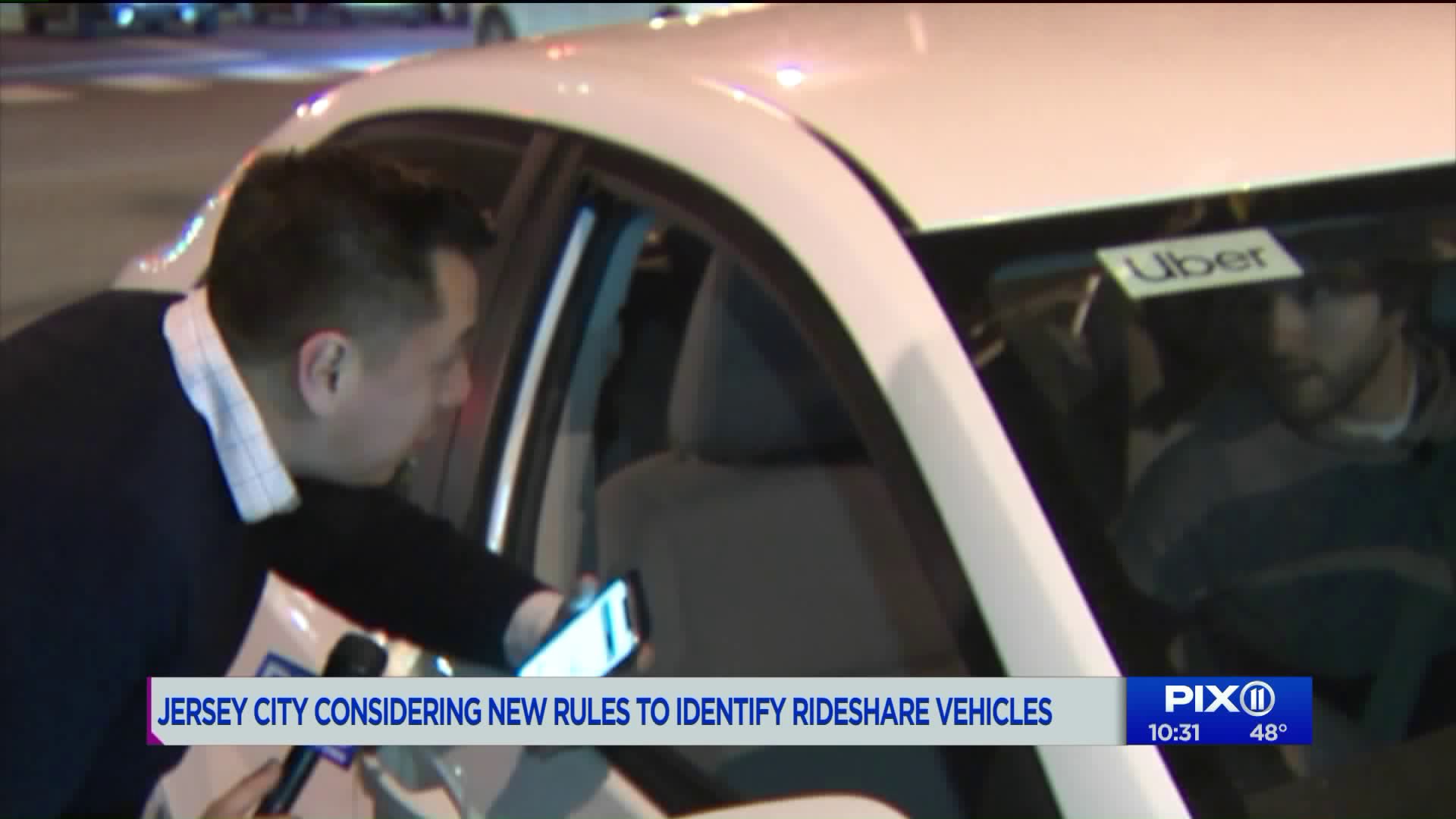 Jersey City may soon become the first city in New Jersey to mandate rideshare vehicles have illuminated, identifiable signs for passengers, according to a news release from the mayor's office.

Mayor Steven Fulop announced a proposed ordinance Friday, April 5, according to the release. The ordinance comes after the death of University of South Carolina student and New Jersey native Samantha Josephson , who was kidnapped and killed when she mistakenly got into a vehicle she thought was her Uber ride.

The purpose of the ordinance is to alert riders and prevent another incident like Josephson's murder, the release said. The ordinance will be introduced at the April 10 Jersey City Council Meeting.

"These unfortunate tragedies bring to light the work that can be done on an administrative level to help keep people safe," Fulop said. "I encourage all rideshare users to verify the driver they requested by looking for these signs, and to ensure extra precaution, ask the driver to identify themselves using a name or a pin number."

According to New Jersey's Transportation Network Company Safety and Regulatory Act, all companies must create and issue identifying markers -- such as logos or emblems -- to drivers to display in their vehicles. Many rideshare vehicles do display company stickers or signs in their windows.

Kimberly Wallace-Scalcione, communications director for Jersey City, said the proposed ordinance would make the existing law "more restrictive and specific with the required signage by going above and beyond what the state requires."

There are currently no regulations or laws in New Jersey specifically requiring rideshare vehicles to have illuminated signs on their vehicles, the release said. Rideshare regulations came from the state until this ordinance, Fulop said.

"We're taking charge of this issue locally, instead of waiting for others to act," Fulop said.

The mayor added that when the ordinance becomes law, there will be added fines if rideshare drivers don't have necessary signage. Fines would range from $500 to $2,000. Fulop said the hope is that this ordinance becomes "common practice everywhere" since rideshare vehicles travel between New Jersey and New York.

"The idea is that the signs will be provided by the companies, and returned when the driver stops working for them," he said.

South Carolina lawmakers introduced the Samantha L. Josephson Ridesharing Safety Act this week. It also requires rideshare drivers to have illuminated signs on their vehicles that are provided by the rideshare company.

"We can't stop a psychopath from doing something hideous, but as lawmakers, policymakers, we need to take precautions to make the likelihood that something like this happen less," South Carolina Rep. Seth Rose told CNN affiliate WIS-TV .

CNN reached out to Uber, and the company declined to comment on the Jersey City ordinance. An Uber spokesperson did tell CNN the company had plans to launch a social media " Check Your Ride " awareness campaign, purchase ads in college pages with "Check Your Ride" public service announcement and send notifications during pickup to remind riders of the "Check Your Ride" steps.

CNN also reached out to Lyft, who said through a spokesperson that safety was the company's top priority.

"Since day one, we have worked hard to design policies and features that protect both drivers and passengers," the spokesperson told CNN in an email. "The statewide ridesharing legislation in New Jersey supports this commitment. Local regulations would be in conflict with this, and could result in a less effective and confusing patchwork system."

Josephson's family also made a plea to rideshare companies during her funeral Wednesday.

"The family's message that it hopes people -- young adults for certain -- take from this senseless killing ... is that the rideshare community, Uber and Lyft, learn from this and take ownership of the fortune made by their customers," Seth Josephson, a cousin, read from a family statement outside of Congregation Beth Chaim in Princeton Junction.

"Education and laws need to be put in to place to protect people in the ride-share industry. With the millions of dollars, it earns, the Ubers and the Lyfts should be compelled to adjust its business model, better assuring its riders' safety," Seth Josephson said.

Josephson's family also said passengers should verify the pickup details before getting into vehicles.