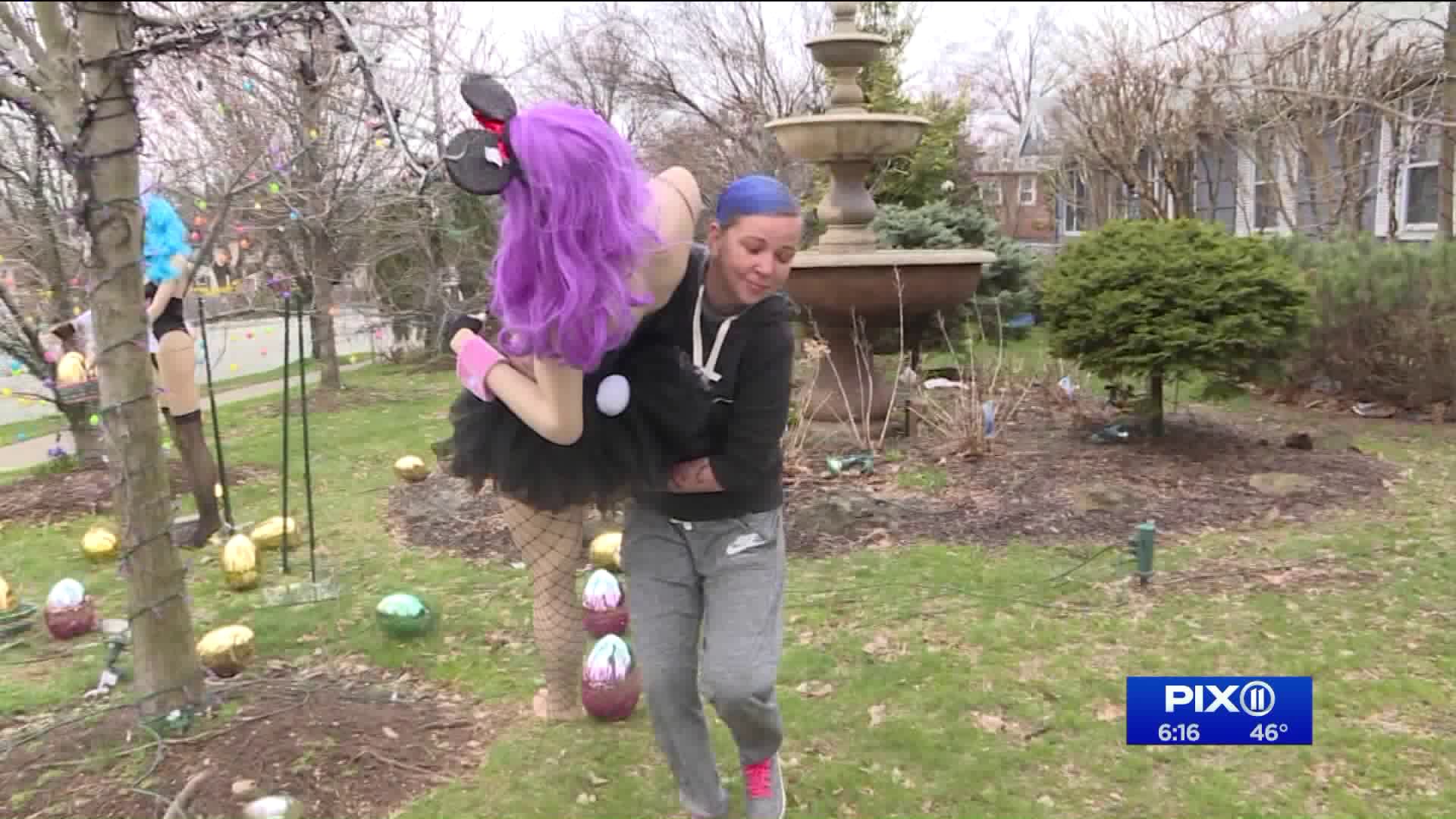 The display of mannequins was meant as a tribute to Hugh Hefner. Many felt because of the bunny ears and the timing of the display that it was a slight to Easter. One woman took down the mannequins saying she didn`t want her son to see them

Clarification: Desiree Shepstone initially provided PIX11 with a different last name. The story below has since been updated with the correct last name, as given by the Clifton Police Department.

CLIFTON, NJ — A woman who said she was offended by her neighbor’s sexy Easter lawn decorations took matters into her own hands Tuesday, dismantling the display outside a New Jersey home in front of PIX11 cameras.

“I have a son and he’s 16 years old, he is a good boy and he does not need to be seeing this every time I pick him up from school,” the woman, who identified herself as Desiree Shepstone, said

Shepstone is talking about a display of five scantily clad mannequins that are donning just lingerie, fishnet stockings and bunny ears on the front lawn of Dr. Wayne Gangi’s dental office on Grove Street.

According to neighbors, the dentist is widely known for his holiday displays especially on Halloween, but this particular one some say, crosses the line.

“This is Easter come on,” one passerby said. “To me it’s very distasteful and disrespectful.”

Others in the neighborhood however, feel differently.

“He has the right to do whatever he wants to do – it’s his property,” a neighbor said.

But for Shepstone, she said she was tired of looking at it and went ahead with dismantling the display as PIX11 cameras rolled Tuesday.

PIX11 was on the scene when Gangi returned to his office, learning from us what happened.

The dentist explained that the display had nothing to do with Easter and everything to do with honoring the late Hugh Hefner on what would’ve been his 93rd birthday, dismissing claims it was disparaging Easter.

“My staff helped me put the characters out on the lawn and unfortunately there was a total spin on me attacking the celebration of Easter - it just wasn’t true,” Gangi said.

The dentist says he plans on filing a restraining order against Shepstone who he described as problematic.

“This isn’t the first time I had a problem with her,” he said.

Many in the neighborhood came to Gangi’s defense, saying his holiday displays are meant to bring residents together but in this case, it may now lead to an arrest and possible charges as police continue to investigate.

The dentist told PIX11 he plans to resurrect the display as soon as possible .