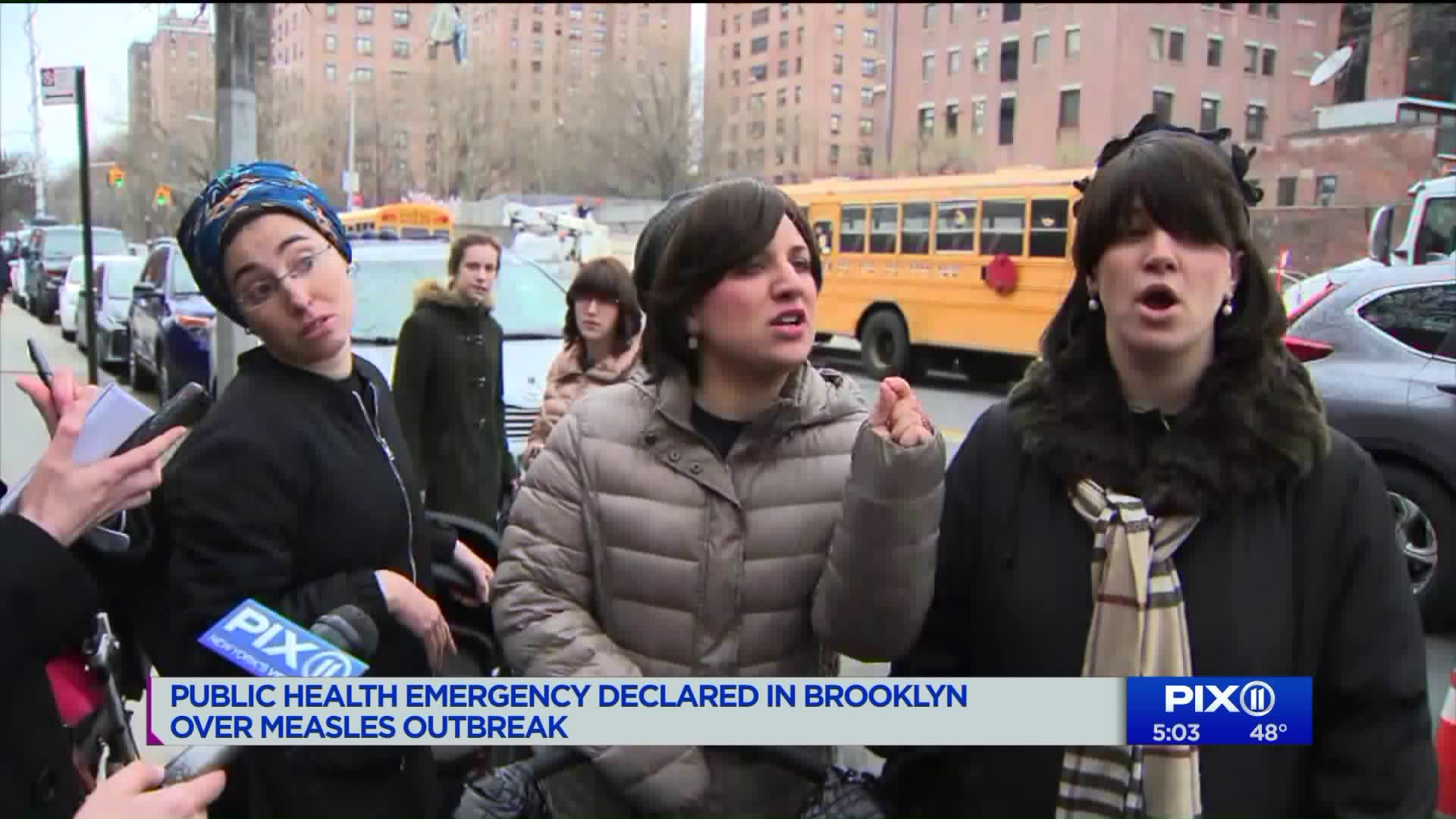 The city is threatening $1,000 fines for unvaccinated Williamsburg residents as the number of measles cases in the city inches closer to 300, a majority of those being children. The outbreak is growing and has been mainly spreading in the Orthodox Jewish community in Williamsburg, Brooklyn.

Mayor Bill de Blasio announced the unusual order amid what he said was a measles crisis in Brooklyn's Williamsburg section, where more than 250 people have gotten measles since September. Officials blamed the outbreak on "anti-vaxxers" spreading false information.

The order applies to anyone living, working or going to school in four ZIP codes in the neighborhood and requires all unvaccinated people at risk of exposure to the virus to get the vaccine, including children over 6 months old.

The city can't legally physically force someone to get a vaccination, but officials said people who ignore the order could be fined $1,000. The city said it would help everyone covered by the order get the vaccine if they can't get it quickly through their regular medical provider.

"If people will simply cooperate quickly, nobody will have to pay a fine," de Blasio said.

Officials say 285 measles cases have been confirmed in New York City since the beginning of the outbreak, the largest in the city since 1991.

The city's health commissioner, Dr. Oxiris Barbot, said that the majority of religious leaders in Brooklyn's large Orthodox communities support vaccination efforts, but that rates have remained low in some areas because of resistance from some groups that believe the inoculations are dangerous.

"This outbreak is being fueled by a small group of anti-vaxxers in these neighborhoods. They have been spreading dangerous misinformation based on fake science," Barbot said. "We stand with the majority of people in this community who have worked hard to protect their children and those at risk. We've seen a large increase in the number of people vaccinated in these neighborhoods, but as Passover approaches, we need to do all we can to ensure more people get the vaccine."

The commissioner is empowered by law to issue such orders in cases when they might be necessary to protect against a serious public health threat.

Earlier this week, the city ordered religious schools and day care programs serving that community to exclude unvaccinated students or risk being closed down.

Another Jewish religious community, north of the city but with close ties to Brooklyn, has also seen a surge, with at least 166 cases since October. Last week, a state judge blocked an attempt by Rockland County officials to halt the spread of measles by banning unvaccinated children from public places.

The Centers for Disease Control and Prevention recommends that all children get two doses of measles vaccine. It says the vaccine is 97% effective.

We are in the midst of a #measles outbreak. People in violation of our order to get vaccinated against measles will get a violation and could be fined $1,000 per instance. pic.twitter.com/eKuE9Gpm22

The Mayor has declared the Williamsburg measles outbreak a public health emergency. We’re mandating vaccinations for those who may have been exposed. And we’ll shut down schools violating the ban on unvaccinated students. pic.twitter.com/f88zQ9WcVK

Join me for an update on how we're confronting the measles outbreak in Williamsburg. https://t.co/otgNpRYtlp