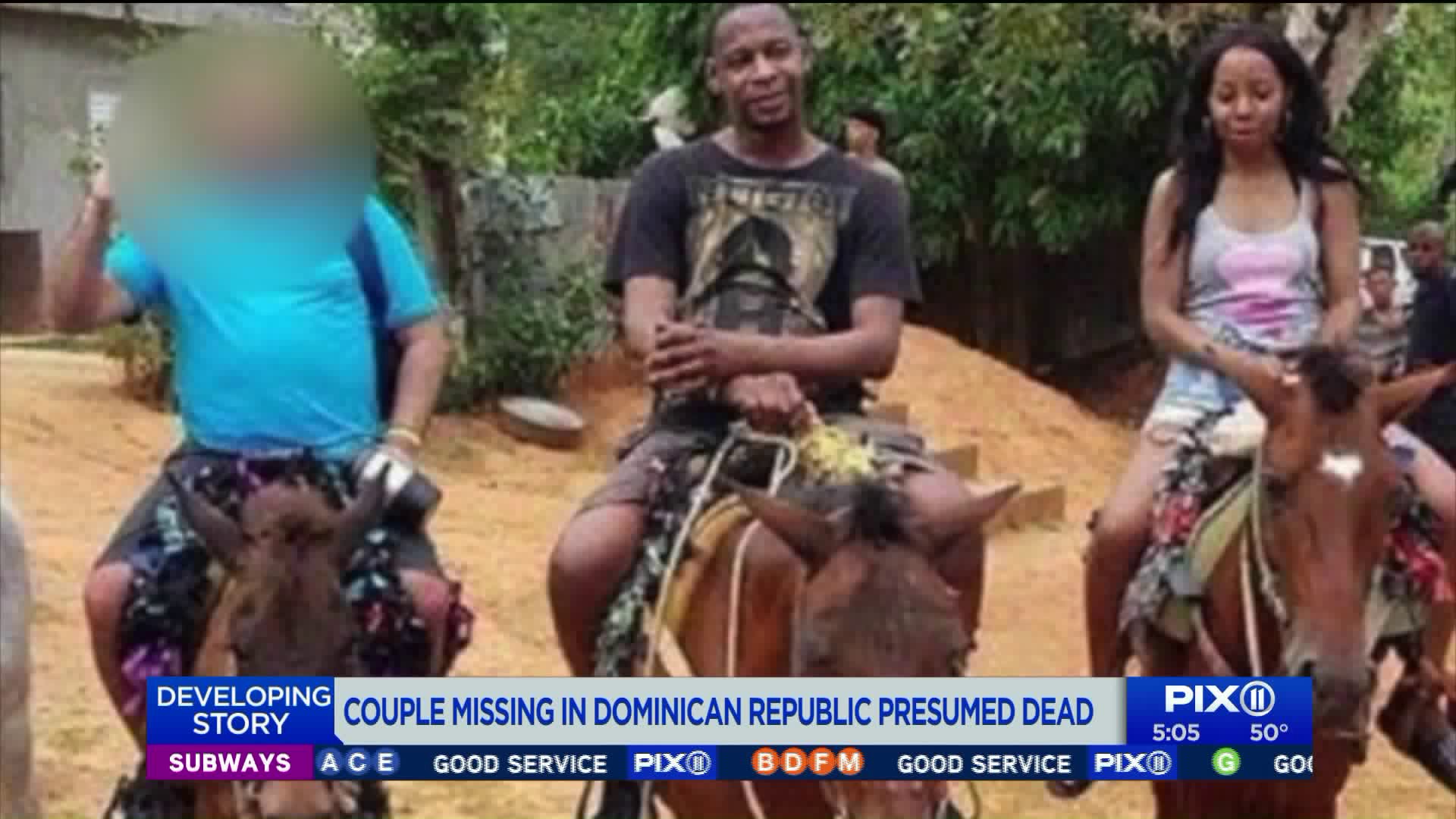 Orlando Moore and Portia Ravenelle are seen on vacation in the Dominican Republic before being reported missing.

Orlando Moore and Portia Ravenelle were supposed to return to New York from the Dominican Republic on March 27, said Moore's half-sister, Lashay Turner, who said she reported him missing two days later after the couple didn't return.

Duran Mejia said an unconscious woman, who fits the description of Portia Ravenelle, was found on the road to the international airport in Santo Domingo on that day.

The woman, who didn't have identification, was transported to the intensive care unit at the Doctor Dario Contreras Hospital and died eight days later, on April 4.

On March 31, the body of a man fitting the description of Orlando Moore was found at sea near Sans Souci, Duran Mejia said.

The body was found in an advanced stage of decomposition and had a tattoo that read "Milano" on its right arm.

The bodies have been fingerprinted and are in the process of being identified. Autopsies are pending.

Authorities believe the couple's rental car plunged into the ocean in the early hours of March 27 as they were on their way to catch a flight home.

A review of the airport surveillance cameras revealed that the couple never made it inside the airport building.

Fishermen reported a vehicle in the ocean, according to Duran Mejia. Divers have not been able to identify the vehicle because of rough seas.

Authorities said earlier Tuesday there is no evidence of foul play in the disappearance of the couple, who were vacationing in the Caribbean country.