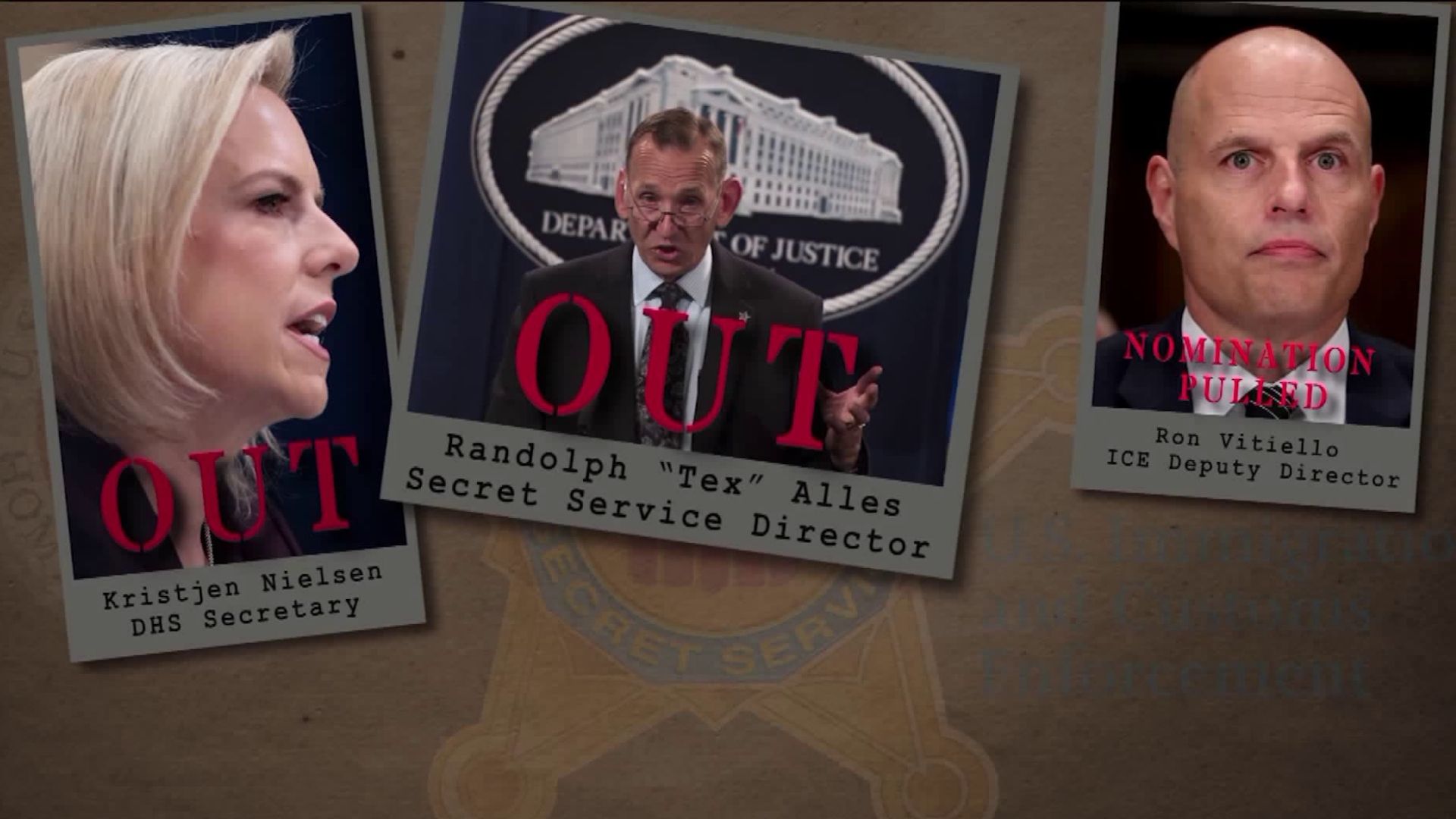 President Donald Trump instructed his acting chief of staff, Mick Mulvaney, to fire Alles. Alles remains in his position as of now but has been asked to leave.

The Secret Service director reports directly to the Secretary of Homeland Security, Kirstjen Nielsen, who resigned on Sunday amid growing pressure from the President. The director oversees the Secret Service's work on both protection and investigations.

"There is a near-systematic purge happening at the nation's second-largest national security agency," one senior administration official says.

United States Citizenship and Immigration Services director Francis Cissna and Office of the General Counsel's John Mitnick are expected to be gone soon, and the White House is eyeing others to be removed.

The President in recent weeks empowered Stephen Miller to lead the administration's border policies "and he's executing his plan" with what amounts to a wholesale decapitation or the Department of Homeland Security leadership, the official says.

Neither the USSS nor the White House immediately responded to CNN's request for comment.

Alles previously served in Customs and Border Protection leadership and also led that agency's Air and Marine Operations. He is a 35-year veteran of the Marine Corps.

It was not immediately clear what prompted his firing, but the Secret Service recently came under scrutiny after a Chinese woman illegally entered the President's Mar-a-Lago club carrying Chinese passports and a flash drive containing malware.