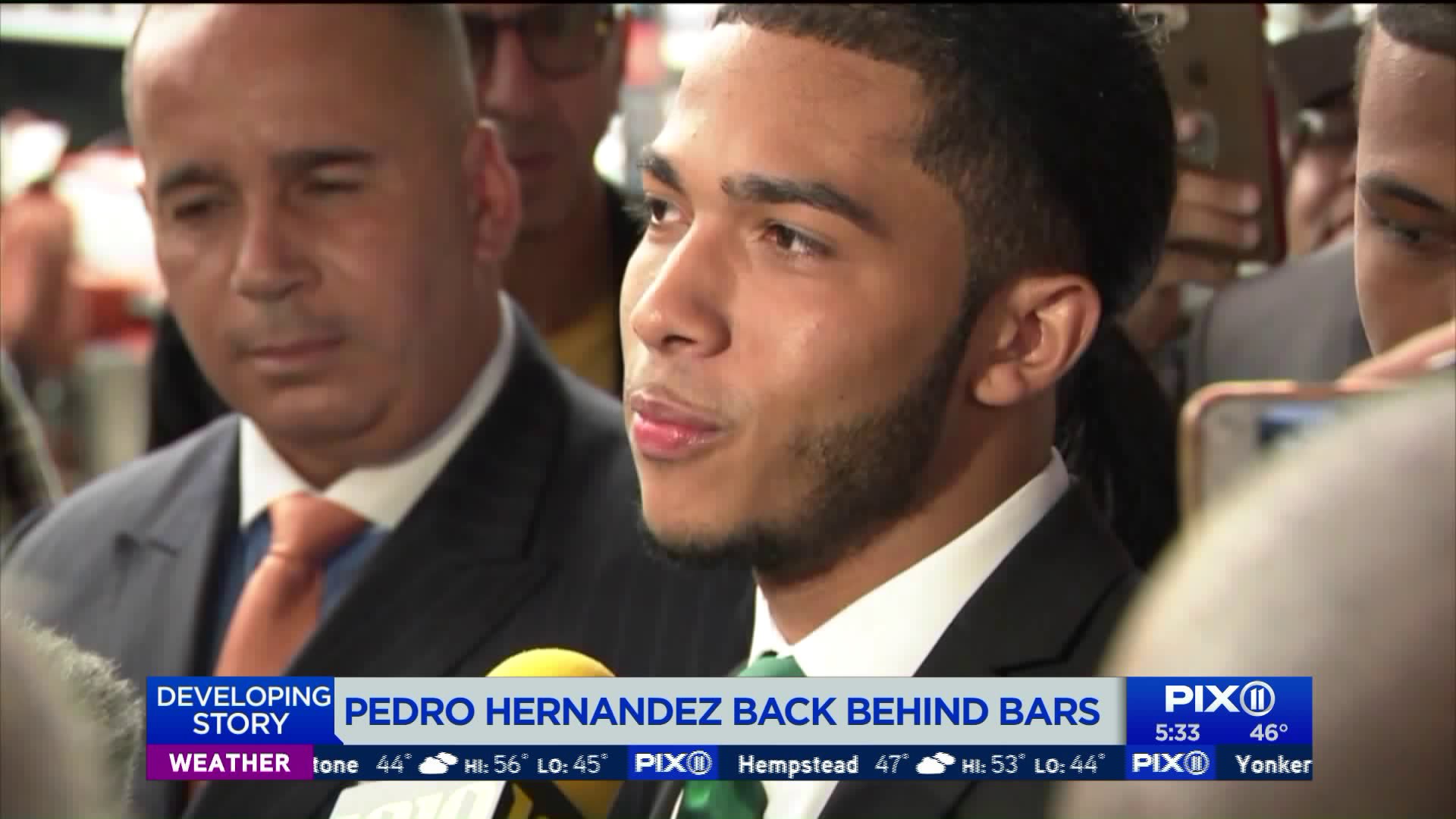 A teen who became the face of bail reform after he chose to remain in jail rather than take a plea deal for an attempted murder he didn`t commit was arrested Sunday for a robbery and slashing, officials said.

UNIONPORT, the Bronx – A teen who became the face of bail reform after he chose to remain in jail rather than take a plea deal for an attempted murder he didn’t commit was arrested Sunday for a robbery and slashing, officials said.

Pedro Hernandez, 19, and three unidentified men walked up to two men who were waiting for a cab on Quimby Avenue around 7 a.m. Sunday, officials said.

"Oh, you want problems," Hernandez said, according to the criminal complaint.

He allegedly pulled out a knife and swung it at the victims.

One of the victims threw a sweater at Hernandez and his companions, then ran away, an NYPD spokeswoman said. That's when two of the men with Hernandez chased the victim, with one attacking him with a baseball bat.  The other assailant punched and kicked the victim. The men took a black Gucci watch from the victim.

Meanwhile, Hernandez struggled with the second victim who had not run away. The victim managed to pull a knife away from the teen,  but not before suffering a slash wound to the face and another to the shoulder, officials said. He needed 15 stitches.

Bronx Defenders attorney Julia Deutsch, who is representing the teen in this case, shared Hernandez' side of the story with PIX11.

"Yesterday Pedro Hernandez was attacked. He was stabbed in the back and his faced was slashed.  He was seeking medical attention at a hospital when the police arrived, arrested, and forcibly removed him from the hospital," Deutsch said. " Mr. Hernandez has been a target of the NYPD.  He has been subjected to harassment and false charges.  The details of this case will come out and the truth will prevail.  Mr. Hernandez is still in need of medical attention that was denied by the NYPD and he is seeking that now."

This is not Hernandez' first arrest since his release from Rikers.

When the charges against Hernandez were dropped, he said he was going to focus on college.

"I knew it was coming all along," he said outside the courthouse that day. "It was just a matter of time."

Hernandez is out of jail Tuesday after posting $15,000 bail, officials said.