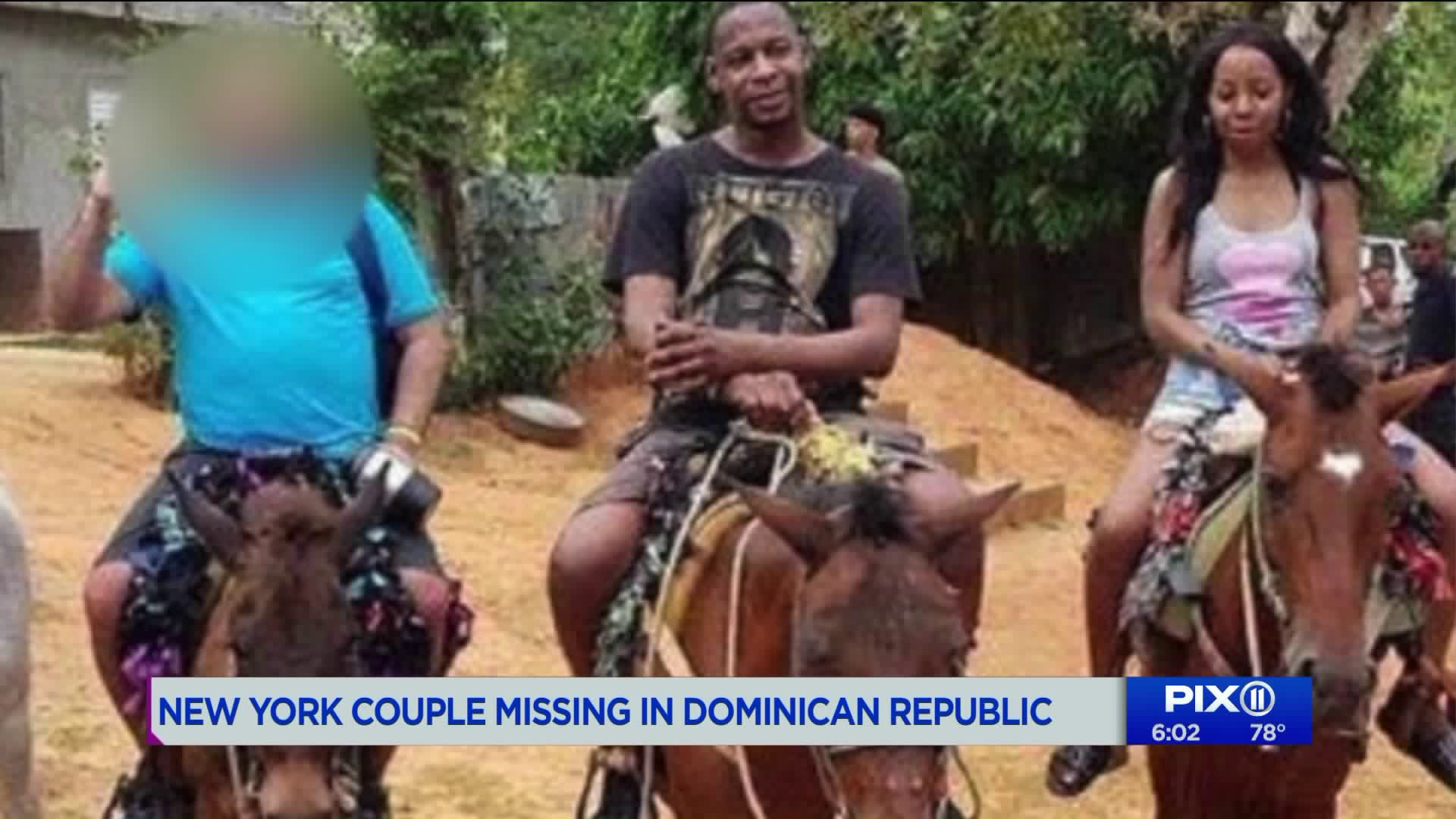 A New York couple has been missing for almost two weeks following a vacation in the Domincan Republic.Orlando Moore`s sister says he was supposed to return from a trip to the Dominican Republic on March 27.But she has not heard from him since he left the United States.

A New York couple has been missing for almost two weeks following a vacation in the Domincan Republic.

Orlando Moore's sister says he was supposed to return from a trip to the Dominican Republic on March 27.

But she has not heard from him since he left the United States, Lashay Turner told CNN.

Now the family is searching for him and the woman who traveled with him to the Caribbean country.

Moore and Portia Ravenelle flew out of Newark Liberty International Airport around midnight on March 23, Turner said. The two left a car at the airport.

Moore is a father of two and a realtor in Mount Vernon, New York, his sister said.

They pair posted pictures of their trip to social media, sharing their smiles and adventures, but then their family says communication went dark.

Turner said she filed a police report with Mount Vernon Police on March 29. CNN has reached out to the department for confirmation.

Turner said she has been trying to call law enforcement in the Dominican Republic, but has struggled to get information because of the language barrier.

Moore is also a Jamaican citizen, his sister tells CNN.

In a statement to PIX11, the Embassy of the Dominican Republic in Washington D.C. said, "At present time we are working directly with the Attorney's Office 'Procuradoria General de la Republica Dominica' on the matter at hand.  As such, it is part of an ongoing investigation and we are not at liberty to comment nor speculate..."

US officials are also involved in some capacity, but the State Department was limited in what they could release to the press, only to say in an email they are aware of the missing persons case.  Due to privacy considerations, however, could not offer much information and referred any questions pertaining to the investigation back over to local authorities in the Dominican Republic.

The family has said the couple never made it to their flight and their phones appear to have been shut off.