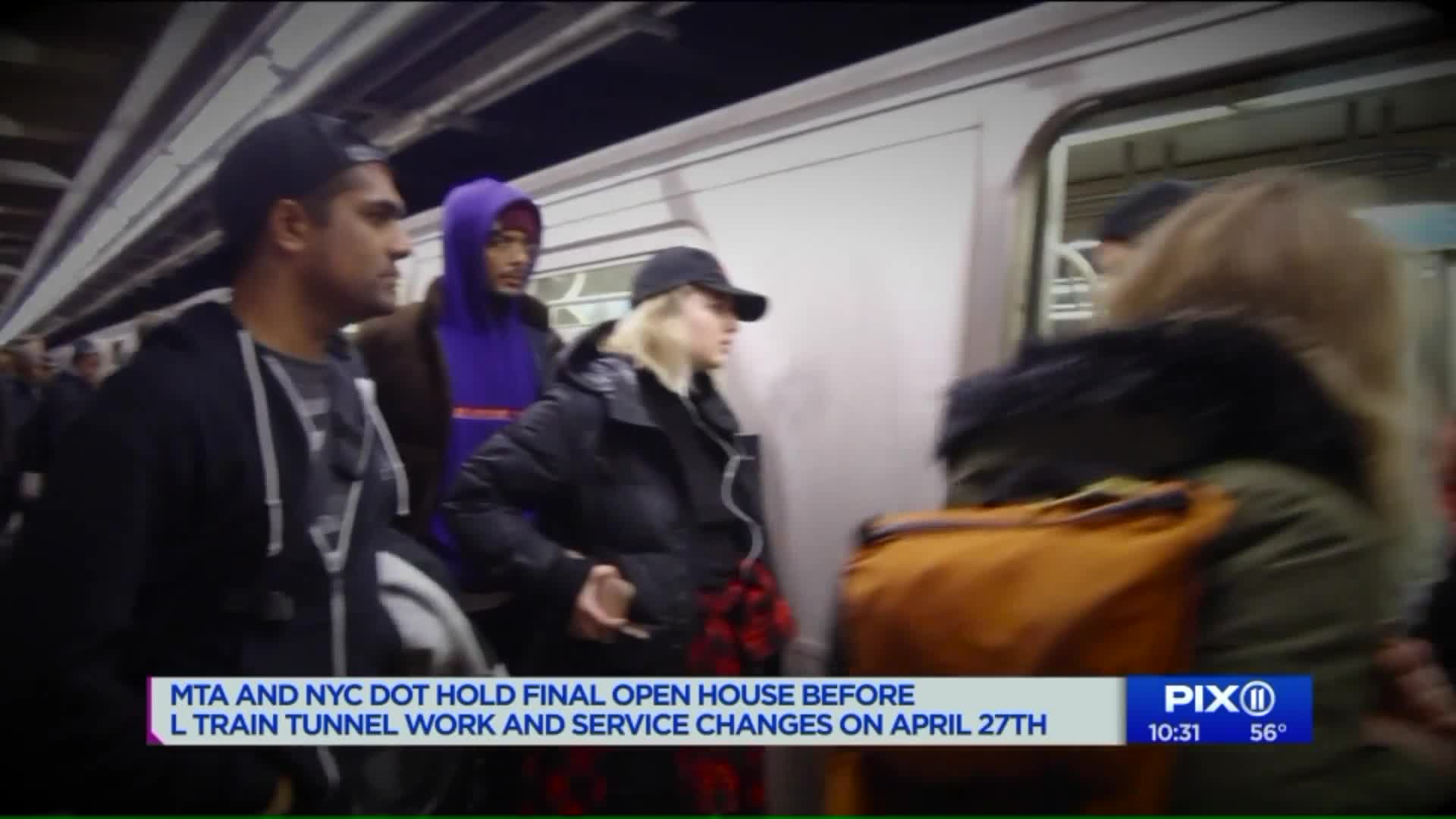 Have you figured out your new commute? The long-awaited and much-discussed L train tunnel repair project inside the tunnel that connects Brooklyn and Manhattan will begin in three weeks on Saturday, April 27, 2019.

The long-awaited, and much-discussed, L train tunnel repair project, inside the tunnel that connects Brooklyn and Manhattan, will begin in three weeks.

Crews will work on one tunnel at a time overnights and on the weekends. It will being around 8 p.m. each evening with gradual service reductions. Read about the work plan here.

MTA Managing Director says contractors will be monitored to insure weekday L train service begins to come back on line at 5 a.m.

During the work in the tunnel, L train service from Bedford Avenue in Brooklyn into Manhattan will run every 20 minutes.

On the Brooklyn side, the MTA says it will be able to run trains between Lorimer Street and Rockaway Parkway every 10 minutes.

The agency says normal weekday service will be provided. In January, Governor Andrew Cuomo and engineers from universities announced a plan that averted a total shutdown.

The timeline has not been updated and the project has been estimated to take 15 months.

Advance work to prepare the tunnels and surrounding tracks and stations has been a part of life along the line since last year.

A shuttle bus link will travel along the L train stops and connect to the G and M trains.

Bus service will also be increased along 14th Street in Manhattan. NYC Mayor Bill de Blasio and his administration are still reviewing plans for bus lanes and possible vehicle restrictions along that corridor.

The final open house was held Monday at Y along East 14th Street.