Measles order in NYC: Unvaccinated students to be excluded from all Yeshivas in Williamsburg 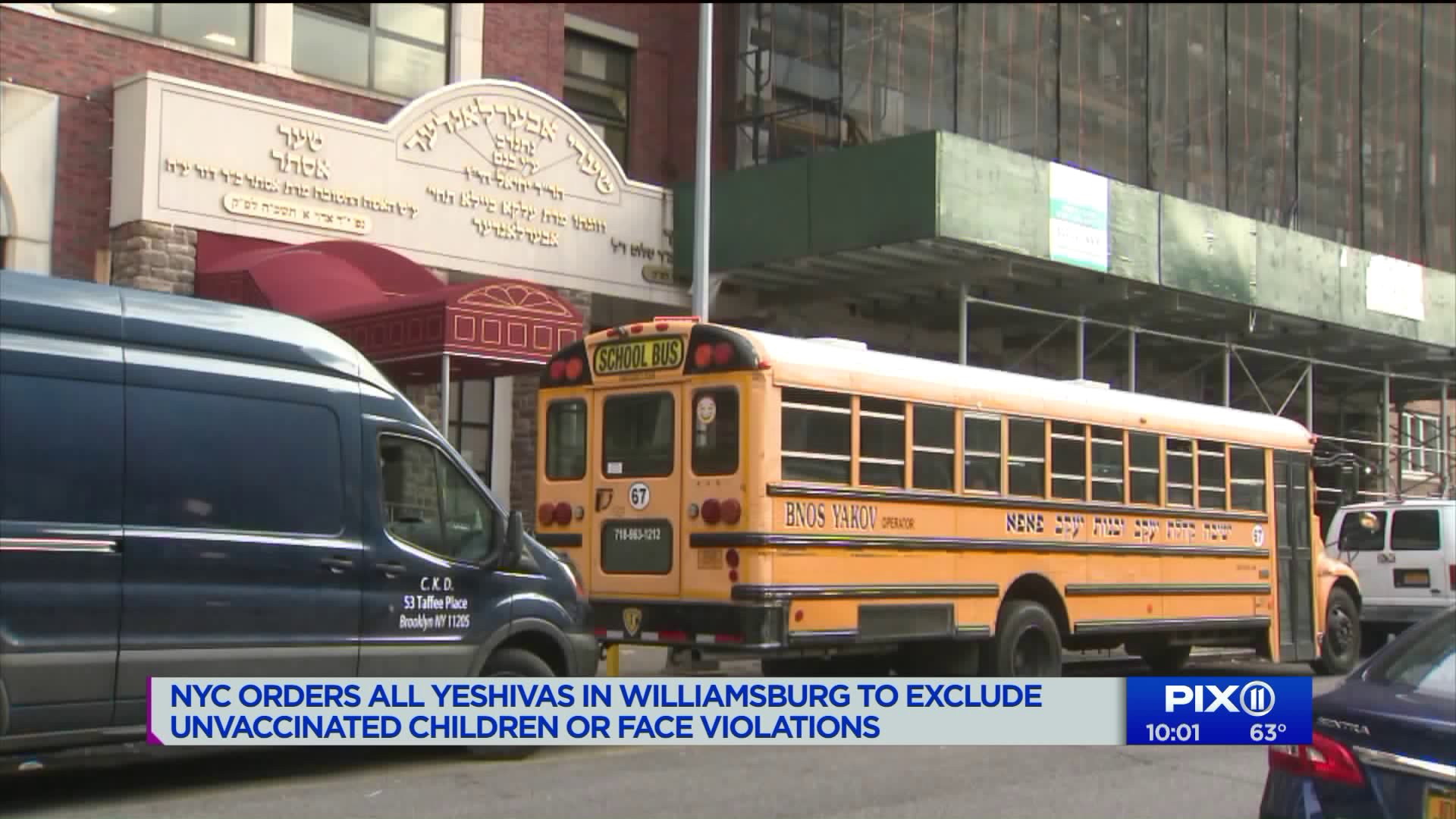 There`s been a school exclusion order in place since December 2018; unvaccinated students who attend yeshivas in the affected neighborhoods have not been allowed to attend school during this outbreak. But now schools face immediate violations or closures if they don`t comply.

There's been a school exclusion order in place since December 2018; unvaccinated students who attend yeshivas in the affected neighborhoods have not been allowed to attend school during this outbreak. But now schools face immediate violations or closures if they don't comply.

Health officials say 465 measles cases have been reported nationally this year, as of last week. New York accounts for a large portion of the outbreak.

The measles outbreak in the Orthodox Jewish community in Brooklyn is now at 285 cases since it began last October, according to Health Department data. Nearly all of those  cases are children 18 and under. A health department spokesman said earlier this year a Yeshiva off Wilson Street was linked to more than 40 cases.

“I think every person needs to be responsible for their kids and make sure they go to the doctors and get themselves checked out,” said one man near the Wilson Street Yeshiva.

Many members of the Jewish community PIX11 came across Monday said they agree with the city’s announcement. Julio Russo, who is the super of a building predominantly populated by Jewish families, said most tenants do take vaccinations seriously.

“It’s a good community and most of the people do inoculate,” Russo said.

There is the added urgency behind the health department order because Passover is coming, and more families and friends will gather in close quarters to celebrate and worship.

Measles symptoms include rash, high fever, cough, runny nose and red, watery eyes. It can cause serious complications such as pneumonia and encephalitis (swelling of the brain). Measles infection in a pregnant woman can lead to miscarriage, premature birth or a low-birth-weight baby. Measles is easily spread through the air when someone coughs or sneezes. People can also get sick when they come in contact with mucus or saliva from an infected person.

For more information, visit www.nyc.gov/health and search for “measles.”