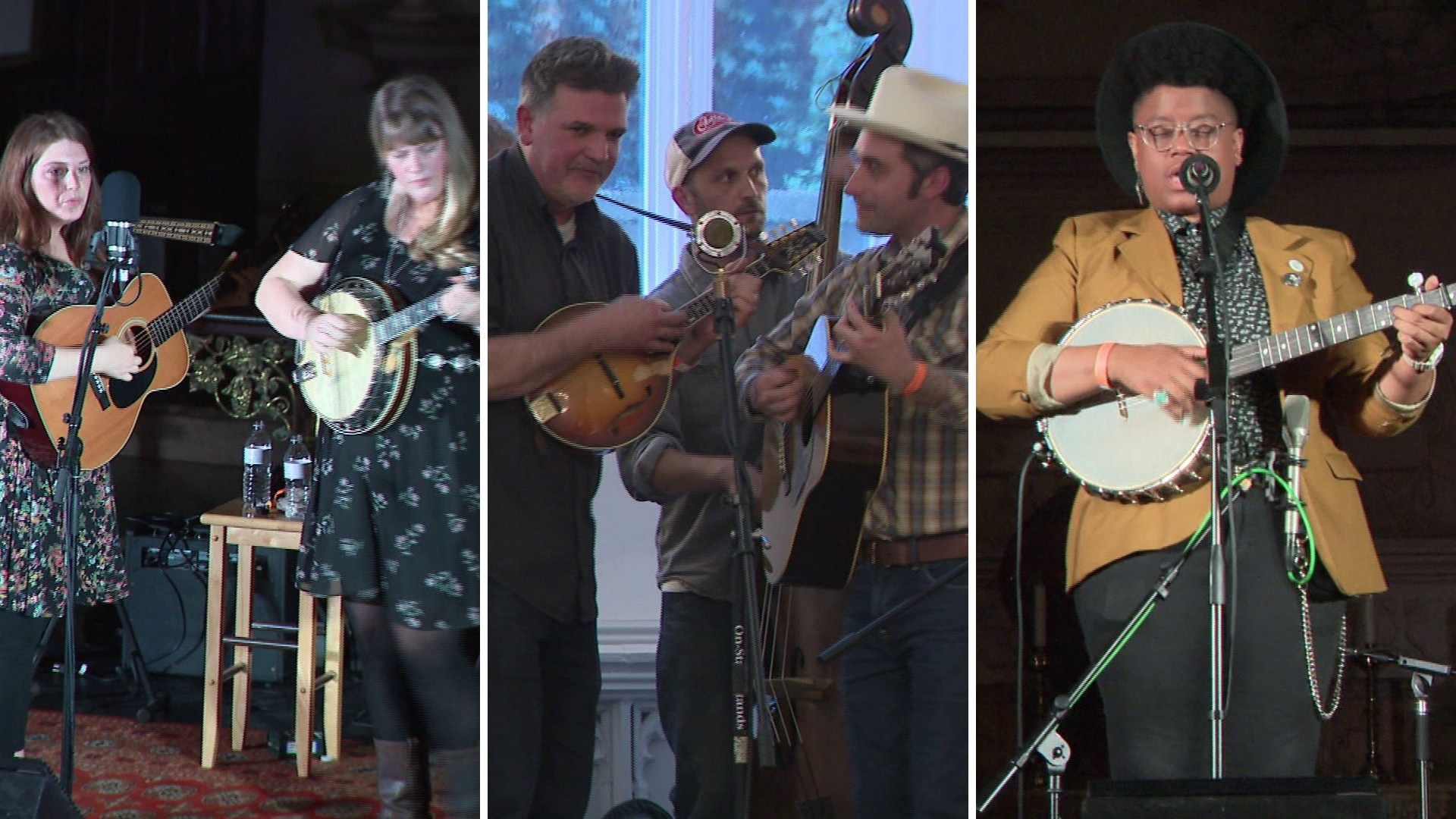 BROOKLYN HEIGHTS, Brooklyn — It sounds like you're in Kentucky listening to bluegrass music from the Appalachia, but this folk festival is at St. Ann & the Holy Trinity Church in Brooklyn Heights, and the acoustics are amazing.

It’s the 11th annual Brooklyn Folk Festival, a celebration of down-home music and cultural diversity, with the best in American and world folk music.

The main stage featured The Local Honeys from Kentucky.

On the parish hall stage, The Hayrollers were playing bluegrass with a little swing.

Some of the musicians are from Brooklyn, like Bruno Bruzzesse of Bensonhurst, who is a bluegrass fiddler and banjo player. “I love playing with people I have never played with before, you meet good people,” he said.

Festival goers like Rafael Torres and Ilsa Rettek were spontaneously dancing. “It totally makes us so joyous,” Rettek said. “It’s a wonderful celebration of life and folk music in Brooklyn,” she added.

One of the highlights among the many talented performers was Amythyst Kiah of Johnson City Tennessee.

“I’ve dubbed my music 'Southern gothic folk,'” Kiah said.  “I draw from roots music, from the Appalachians and from other places down South. For me, writing sad songs make me happy, essentially, as Gretchen Peters put it," she added.