Long Island woman awarded $3,600 on ‘People’s Court’ after puppy from breeder had to be put down 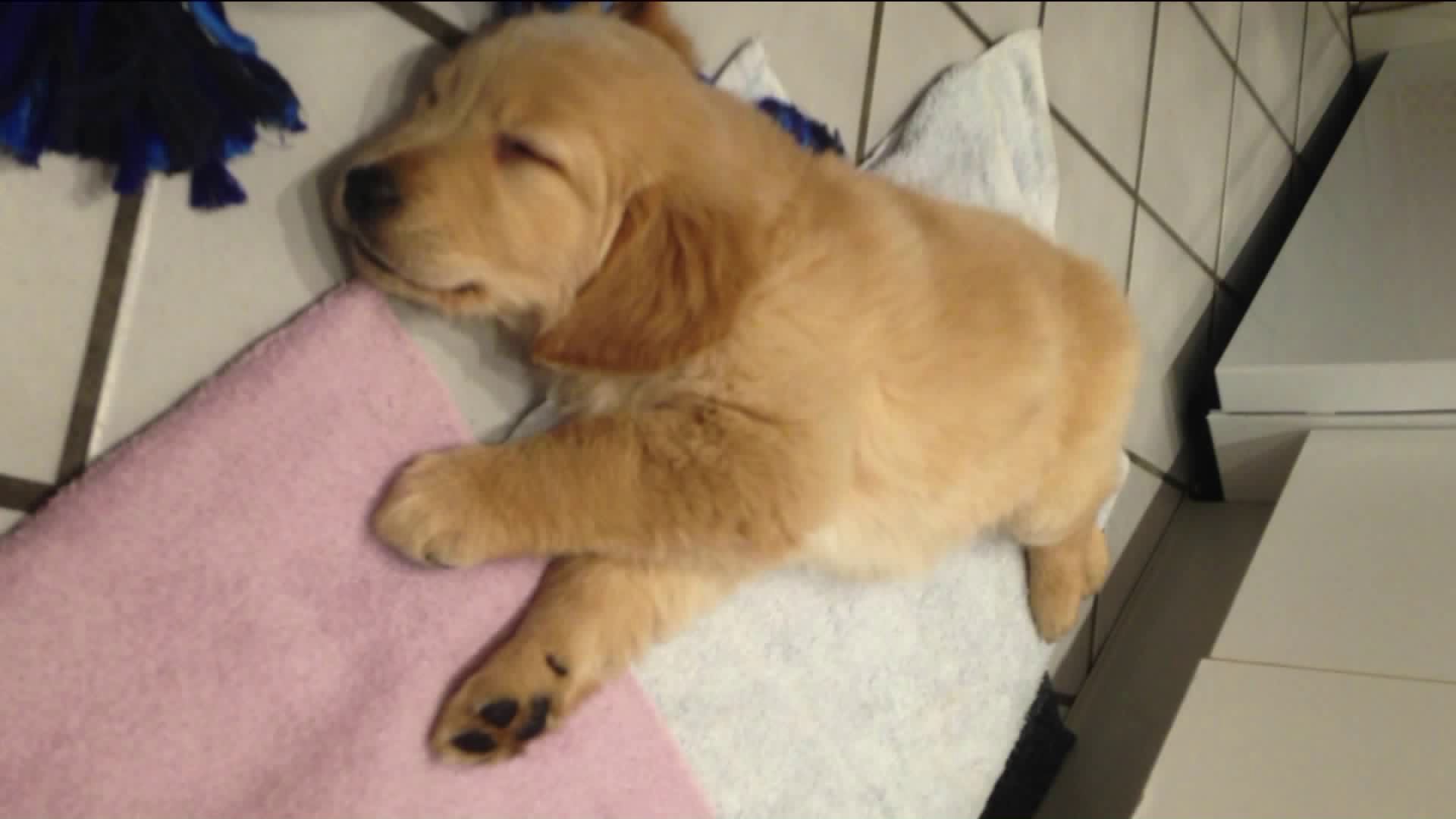 A Long Island woman was awarded $3,600 on `People`s Court` after puppy from breeder had to be put down, but she doesn`t think it`s enough of a punishment for the breeder.

Long Island backyard dog breeder Doreen Kehoe appeared on a recent episode of "People’s Court." She was being sued by Kathy David, who had paid Kehoe $1,800 for a Golden Retriever puppy.

She picked her dog from a litter of pups at the breeder's Locust Valley home. David named her Gracie and instantly fell in love with the adorable dog. She was then devastated when Gracie became seriously ill just three weeks later. She had a seizure.

“She fell over, seemed stiff, and started to foam at the mouth," David said.

Gracie didn’t respond to treatment at the animal hospital and was put down.

Another Long Island resident had the same thing happen to the Golden Retriever puppy she bought from Kehoe. The dog walked in circles and suffered from seizures. She couldn’t be saved and was euthanized.

The owner sued Kehoe in Nassau District Court and was awarded a judgment for $1,821.69. That was a year ago and the breeder hasn’t paid a penny. What a shame!

David also filed a court claim against Kehoe. A producer for "People’s Court," who was reviewing court records for possible cases for the show, asked David if she’d be willing to have the case tried on TV. She agreed and so did the breeder.

On the show, which aired in February, both sides told their stories and presented their evidence. David says Kehoe claimed the dog had a virus that couldn’t be detected. However, she had no proof of that. She also said Gracie’s death was partly due to the conditions in David’s home, but "People’s Court" Judge Marilyn Milian wasn’t buying it. She ruled in favor of the plaintiff, awarding Kathy David $3,600, half to reimburse her the cost of Gracie, half for the vet bills.

David knows this is a judgment that will be paid because the money comes from "People’s Court" and not from defendant Doreen Kehoe. Kehoe doesn’t have to pay anything. In fact, she made money for her appearance because "People’s Court" gave her a $200 travel allowance, even though the show sent a car for her.

The president of Long Island Golden Retriever Rescue calls Kehoe and “irresponsible breeder.” She is exempt from New York State’s laws against selling sick animals because she is a backyard breeder who sells less than 25 dogs a year from her home.

David says although she wishes Kehoe had to personally pay the judgment, the TV appearance accomplished a larger purpose.

“My purpose was to expose her for the irresponsible breeding that she’s doing.”

If you’ve got a story for me, send an email to atdiaz@pix11.com