School bus involved in collision off of RFK Bridge 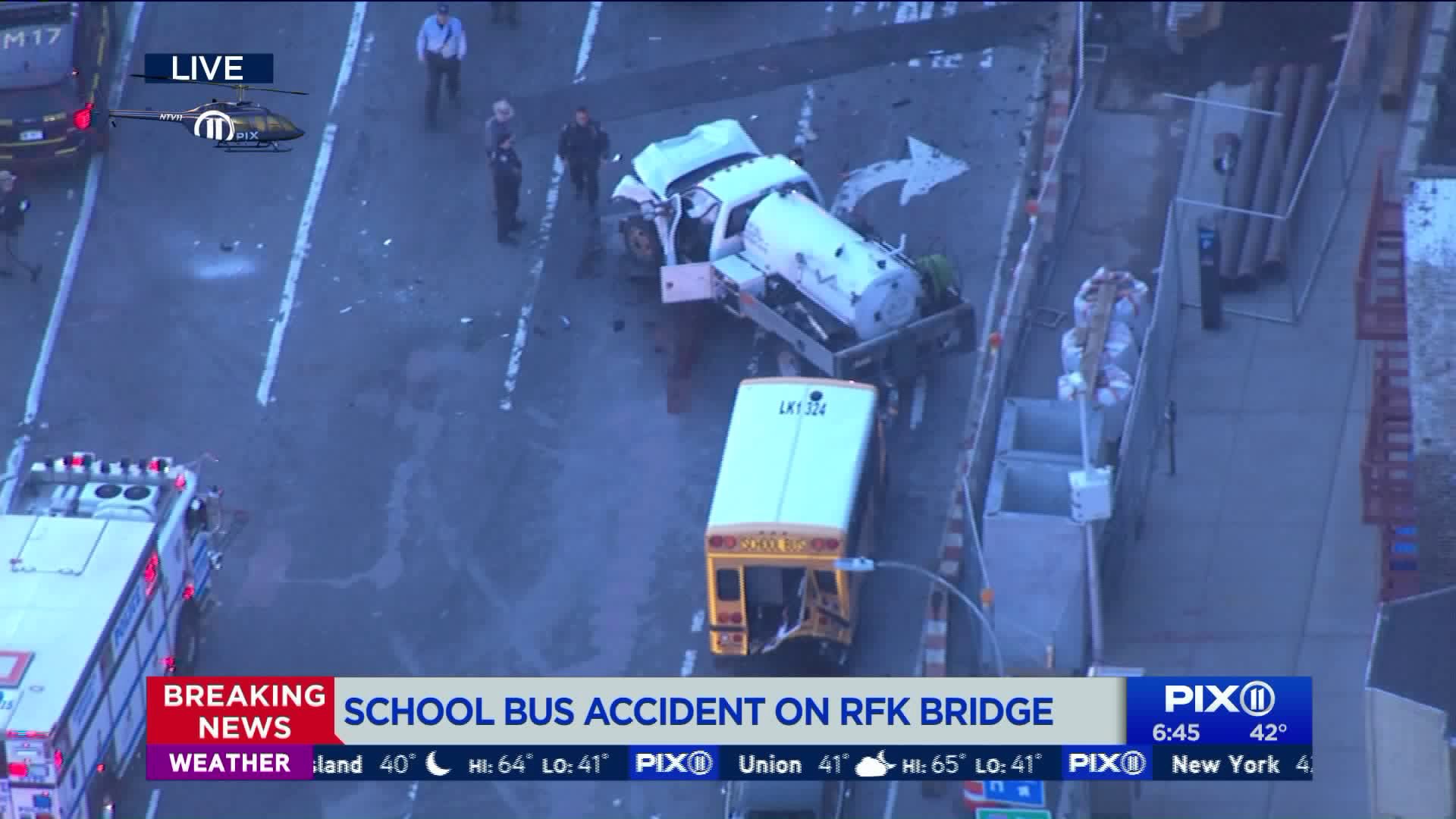 A school bus was involved in a crash just off the Robert F. Kennedy Bridge Wednesday morning.

QUEENS — A school bus was involved in collision just off the Robert F. Kennedy Bridge, impacting the morning commute Wednesday.

The crash happened along the service road of Hoyt Avenue and 31st Street in Astoria around 5:50 a.m., police said.

The collision resulted in the school bus partially tipping over, police said.

No students were on board the bus, police said.

The drivers of the vehicles involved suffered "little to no injuries," according to police.

This scene is just as you exit Queens bound RFK/Triborough Bridge https://t.co/vwvfIKuf6j