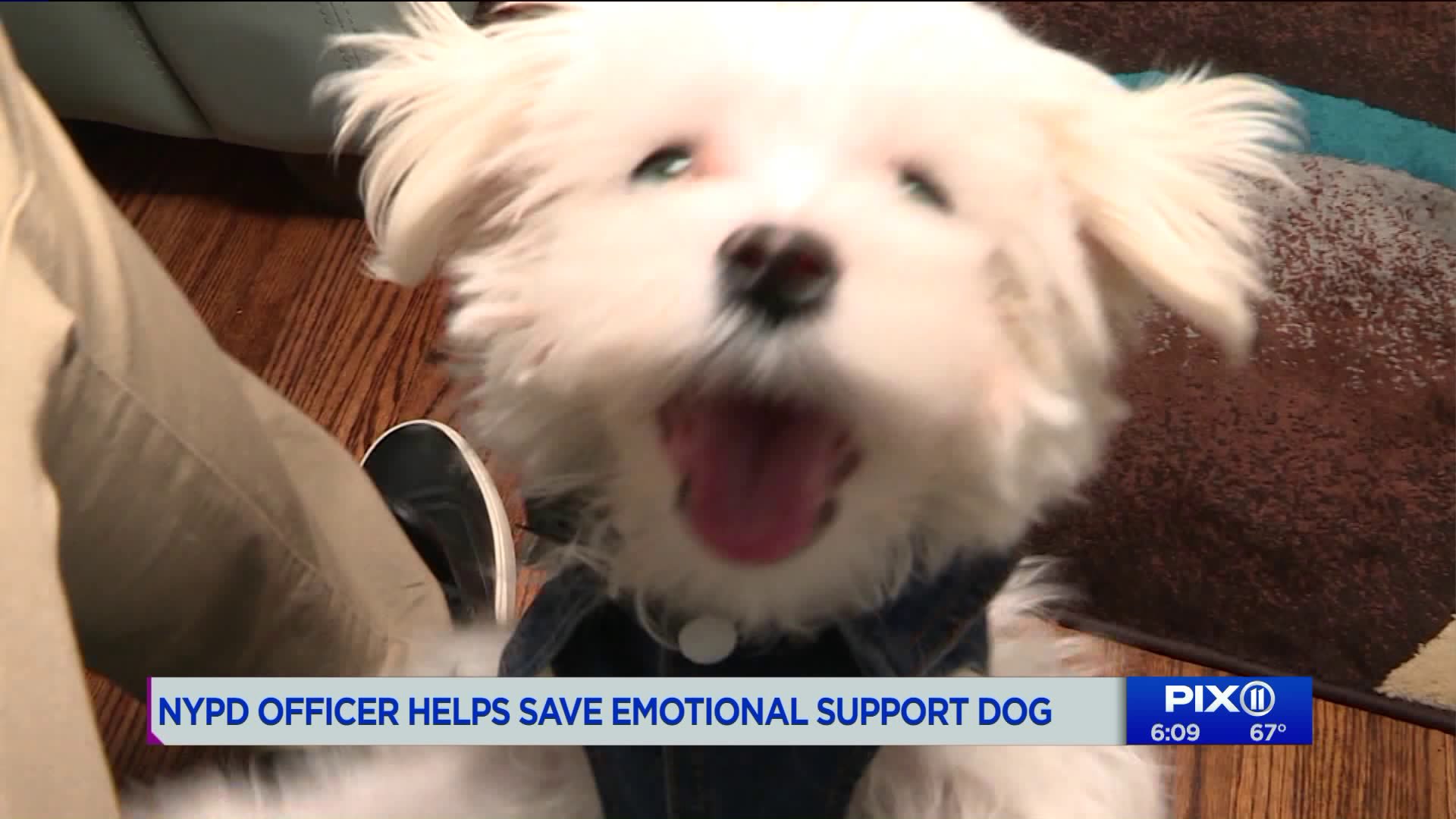 The 4-month-old dog needed medical help, but the dog`s owner got stuck in bumper-to-bumper traffic on the way to the vet. Then an NYPD officer stepped in to help.

Adriana Ricci knew she had no time to spare. She quickly jumped into her car to take Baccio  — an emotional support animal — to their vet in Howard Beach.

“I could never replace him and I don’t think I would ever be the same person again,” she said.
But it was the height of the evening commute on the Cross Island Parkway.

“We got on the parkway and then I noticed I was in bumper-to-bumper traffic and I knew I would never ever get to Howard Beach on time,” she told PIX11.

After spotting an NYPD vehicle a few lanes away, she honked her horn and hoped for the best

“[The officer] didn’t hesitate at all and he put on his sirens and he told me to follow him,” she said. “He got me through traffic through the Cross Island to the Belt Parkway, and got me there on time for the vet to be able to save Baccio.”

Baccio had suffered a medical episode sparked by low blood sugar. The vet said he would’ve succumbed if she waited another minute.

Ricci, who suffers from high anxiety and panic attacks, is not only grateful but also stunned by the kindness of one of New York’s finest.

“He literally parted the road the way Moses parted the Red Sea,” she said. “You know how some people say ‘oh it’s just a dog, who cares’ you have those types of people, but you just can’t say that to anybody because you just don’t know what that animal means to somebody.”

To Ricci, this 3 pound pup is a lifeline.

“From the bottom of my heart I want to thank you,” she said, addressing the unknown officer. “You not only saved Baccio, but you saved me and we all thank you in this household, and we appreciate you.”

The officer who came to Ricci’s aide remains a mystery. The NYPD could not find anyone on the force by the name she had provided to PIX11. The department is still processing the request in hopes to one day reunite the trio.