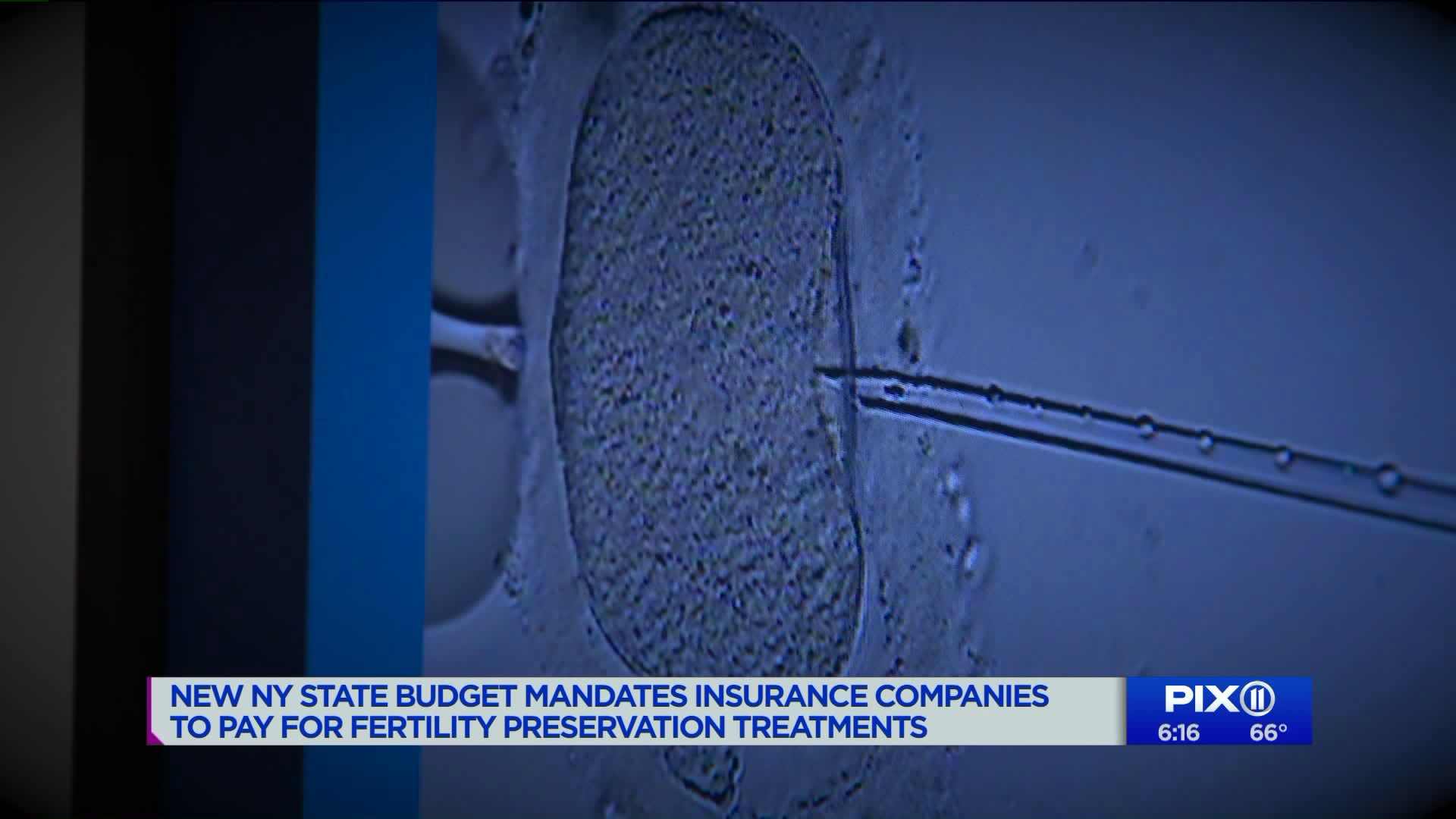 The newly passed New York State budget has mandated that insurance will pay for cancer patients fertility preservation. This goes into effect on Jan. 1, 2020. So even though it passed, New York cancer patients facing infertility could still be denied insurance coverage until then.

When Amanda Rice was diagnosed with cancer for the third time, doctors told her chemotherapy and radiation were necessary.

"I knew at that point that I would never be able to have a baby after treatment," Rice said.

So she needed to act quickly and freeze her eggs. Treatment would likely make her infertile, but Rice's insurance company declined to cover fertility preservation. She was told she wasn't infertile yet. It was an infuriating loophole. Rice paid to freeze her eggs and it cost tens of thousands of dollars.

But now the newly passed New York State budget has mandated that insurance will pay for cancer patients' fertility preservation.

"In-vitro fertilization technology is relatively new and now finally our laws are catching up with the science," State Senator Brad Hoylman said.

He was one of the senators Rice met with. She hoped to convince lawmakers to include fertility preservation in the new budget.

"What's life after cancer if you can't have the family that you want," Rice said.

This goes into effect on Jan. 1, 2020. So even though it passed, New York cancer patients facing infertility could still be denied insurance coverage until then.

Rice's experience led her to form Chick Mission, a non-profit that gives grants to cancer patients who need to preserve their fertility before treatment.

"We have now given 21 Hope Scholarships to women in New York, New Jersey and Illinois to cover their fertility preservation," she said.

Chick Mission will continue to help New York women until they are covered.

Risa Levine, a board member of RESOLVE, The National Infertility Association, helped lobby Albany lawmakers in the IVF insurance battle. In the new legislation, only large group insurance plans will pay for fertilization and embryo implantation.

Until then, advocates have said this is a great first step. Cancer patients will not be denied insurance coverage if they want to freeze their eggs.