Becoming friends with the enemy in ‘The Best of Enemies’ 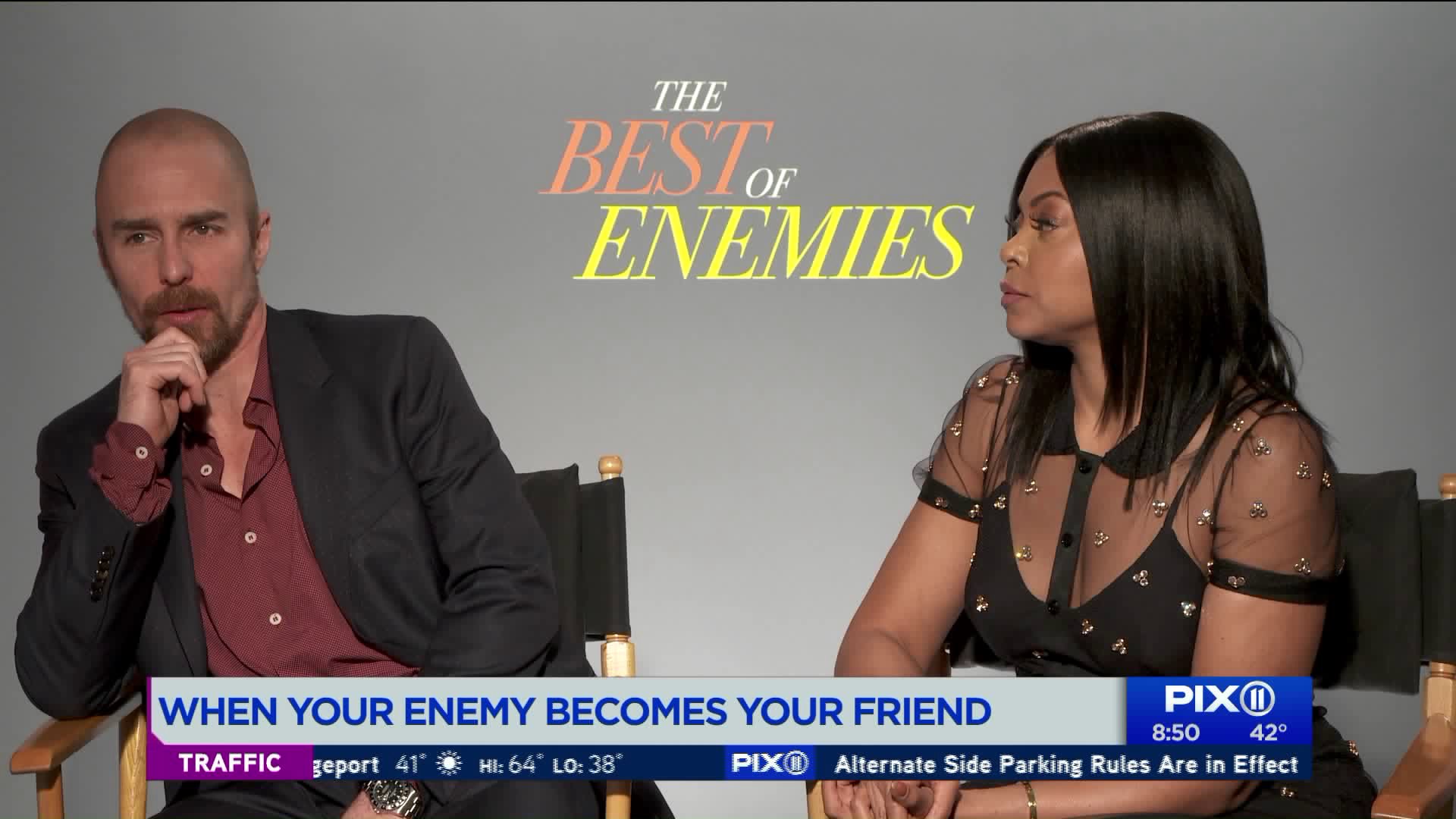 "The Best of Enemies" tells the true story of a civil rights activist and a local Ku Klux Klan president and how their initial clash led to an unexpected sight of humanity for one another. Oji talks with Taraji P. Henson and Sam Rockwell about the film.

NEW YORK — “The Best of Enemies” tells the true story of a civil rights activist Ann Atwater and a local Ku Klux Klan president C.P. Ellis, who community leaders on opposite side of the fight to desegregate schools in North Carolina in 1971.

As they face-off, the two leaders unexpectedly begin to see the humanity in one another.

Catch “The Best of Enemies” in theaters on Friday.