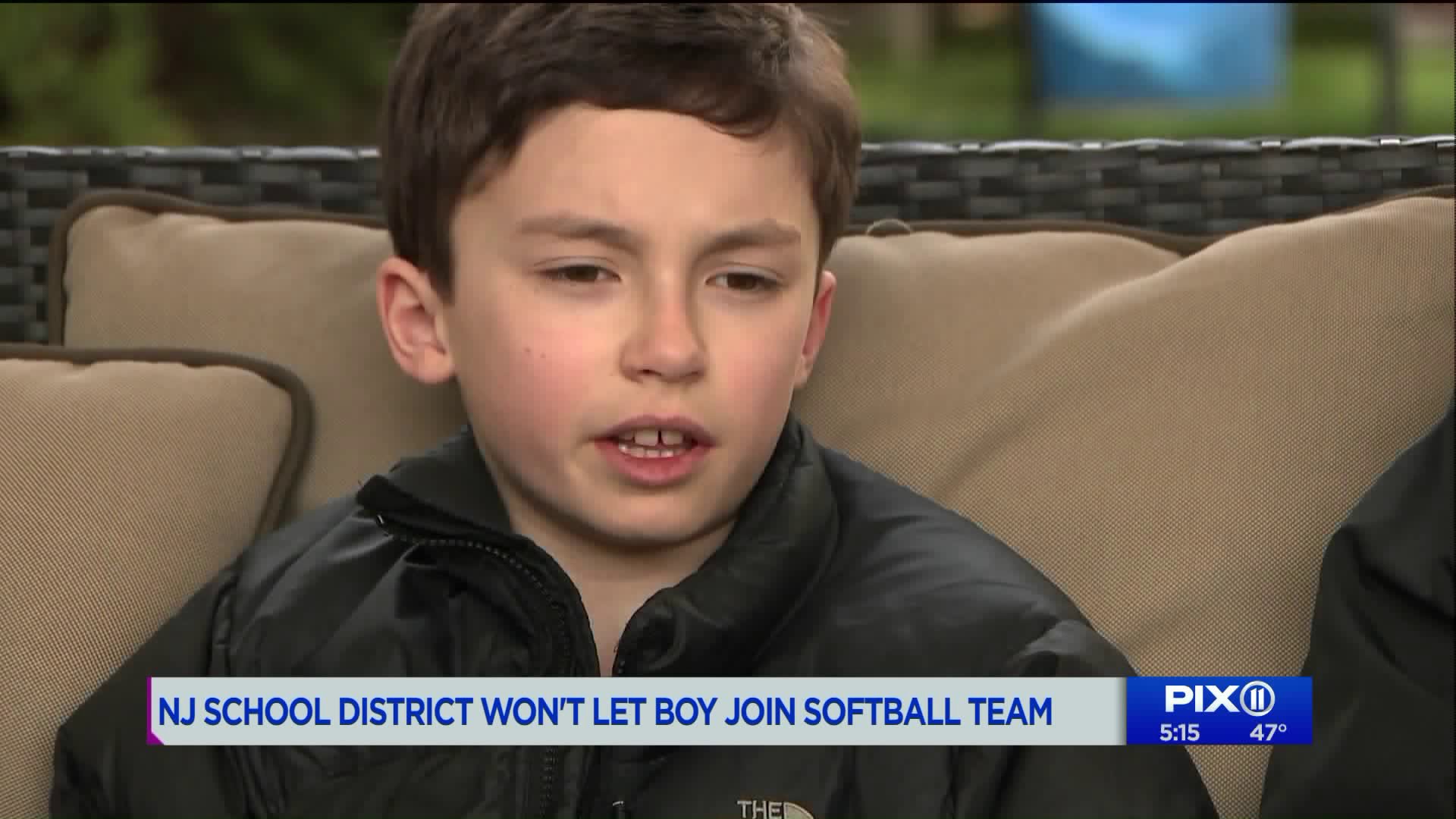 He used to play baseball, but the 9-year-old boy wants to be able to play with his sisters in the softball league. He wrote the district a letter to ask for permission, but was shot down. They said the league was only for girls.

OLD TAPPAN, NJ —OLD TAPPAN, N.J.  — Cayden Walsh has dabbled in all types of sports, but it’s playing softball with his 9-year-old sisters that makes him feel the most fulfilled.

“When I did baseball I had to go to separate games,” he explained. “I hardly got to see my sisters.”

Cayden felt so impassioned about playing with his sisters in their all-girl league, he wrote a letter to the Old Tappan’s Recreation Commission and the Northern Valley girls Softball League asking them to let him play with 3rd and 4th grade girls.

“In the letter I said ‘I see no reason why a person can’t play a sport because they have a different gender.’”

According to his family, the league responded by encouraging Cayden to start his own co-Ed softball league. In a not-so-subtle move, the Walsh’s say the league also changed its name to the Northern Valley Girls Softball League, sending a clear message.

“There is a smell test here,” Cayden’s father William Walsh told PIX11. “They received this letter and they were like ‘oops this has never been done before.’”

“This is really unprecedented for a boy who wants to play softball - I get it,” he said. “I did not want to do this but this is where we are at today.”

While the idea to launch a co-Ed softball team is easier said than done, the family learned its something that would have to wait till next year as the current season is set to begin.

In making their decision to ban Cayden from playing softball, the family said the League cited rules within their bylaws that exclusively opens softball to only girls.

Cayden’s family is not necessarily buying the claim, saying they believe the language in the league’s rules were recently altered in wake of Cayden’s letter.

William Walsh says he will continue this fight which he called a case of “reverse discrimination.”

“What if you let one shy boy play softball because he’s scared to play baseball and it’s the one thing that changes this kid for the rest of his life?” he asks. “Is it worth it - I think it is.”

Officials with the Northern Valley Girls Softball League did not immediately respond to PIX11’s request for comment.

However, an official with the Closter Recreation Commission, which works with the league, explained in a phone interview that the rules barring boys from participating in softball have been in place for nearly 30 years and there’s no way around it.