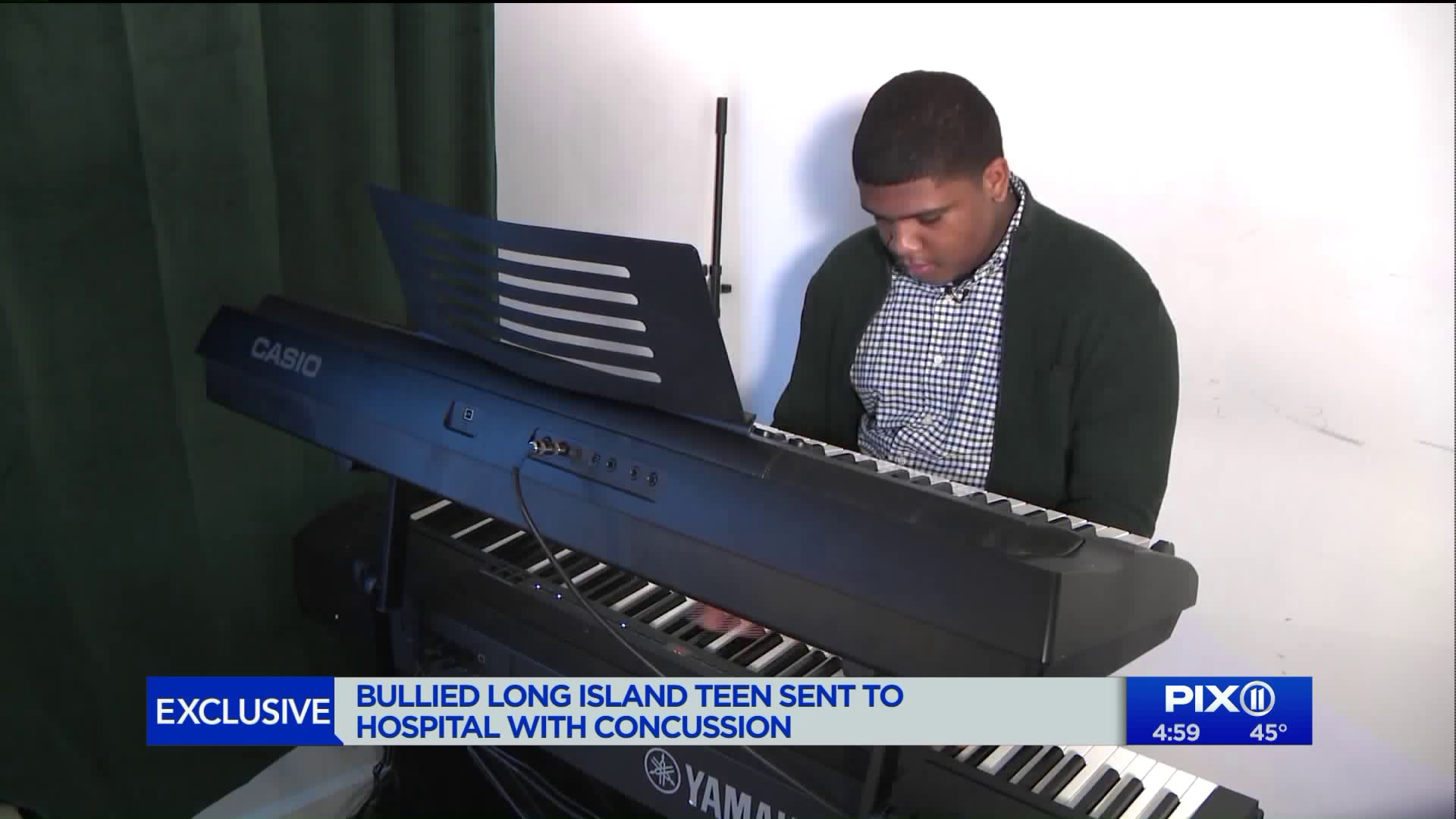 DIX HILLS, Long Island -- At 14 years old Marquese Dukes is a straight-A student, a piano player and a licensed Baptist minister -- but this Long Island student was bullied to the point of suffering a concussion.

Cellphone video showed an altercation last Tuesday, where Marquese was kicked in the face by a classmate.

Marquese was later taken to the hospital.

“They said I had a severe concussion,” Marquese said.

His mom told PIX11 News, “every week since October 2018 I have emailed the school at least once about the bullying. Every single week. Sometimes multiple times a week.”

“We are looking into this with great diligence and this is a major concern to us,” Dono said.