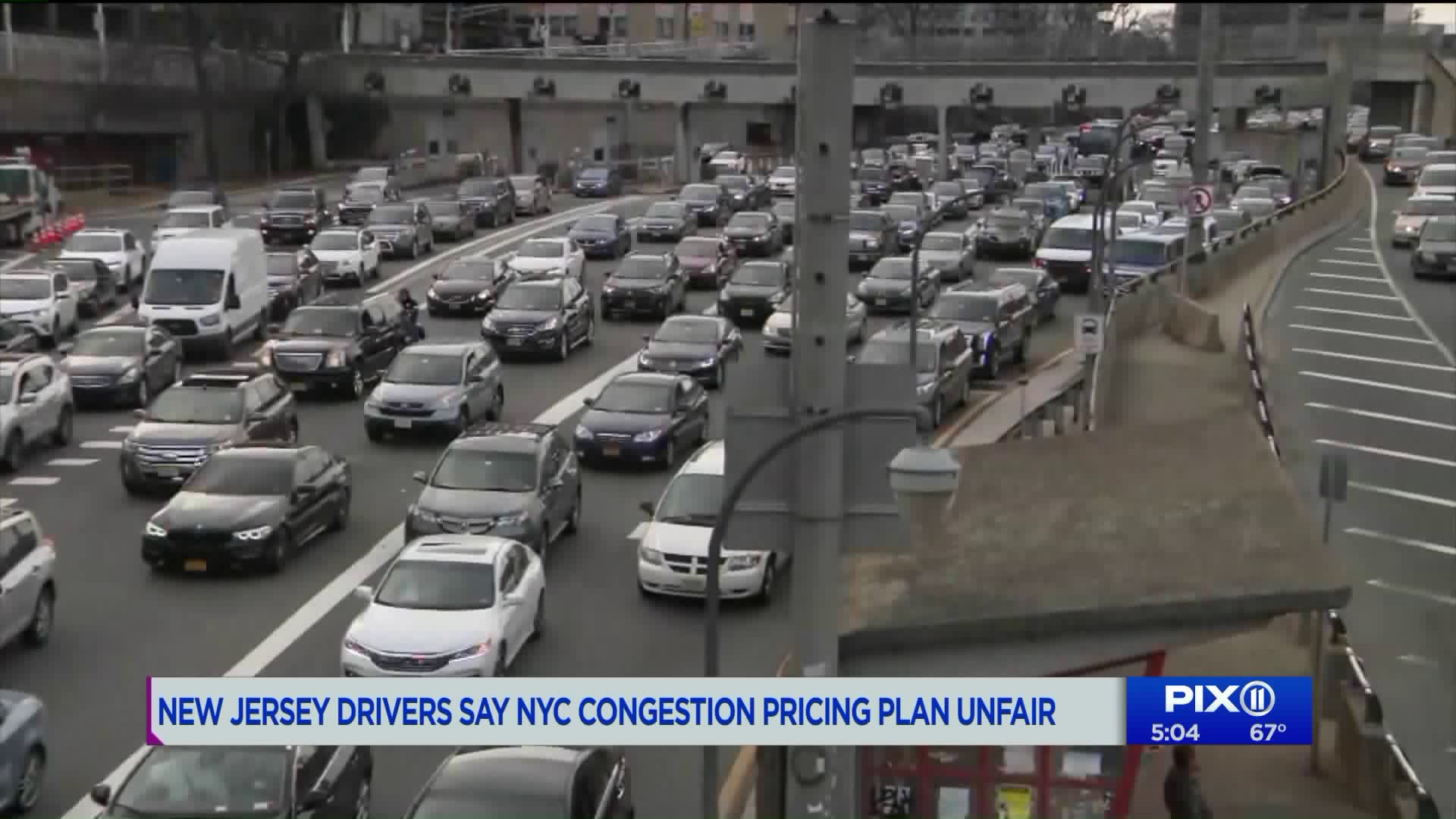 Under the current plan those who come into Manhattan using the Lincoln or Holland tunnels would have the cost of congestion pricing deducted from their one-way $15 tour.

NEW YORK — Long-ringed by some of the most expensive toll roads in the U.S., New York City is poised to take things even further with a plan to charge drivers who motor into the most congested parts of Manhattan.

The plan would make New York the first U.S. city to join the ranks of London, Stockholm, Milan and Singapore with such a system, forcing drivers to decide if an added toll makes public transportation a better option.

While the details are still being hashed out — and there is still some pushback from suburban commuters, outer borough residents and delivery-based businesses — all sides in Albany have promised some sort of congestion charge will be in the state budget being hashed out this weekend.

Revenue from the tolls would go toward fixing the metropolitan area's increasingly unreliable mass transit system. A proposal released last year by an advisory panel said the tolls could raise about $1 billion a year.

The congestion toll zone would be big, covering an area that is home to more than 600,000 people. It would run from 60th Street, near the bottom of Central Park, all the way down to Manhattan's southern tip.

The amount of the toll has yet to be determined, but earlier proposals have suggested a fee of around $12 for most drivers and up to $25 for trucks, with possible variations based on time of day and day of week.

First proposed unsuccessfully over a decade ago by then-Mayor Michael Bloomberg, congestion pricing was considered a political long shot until Gov. Andrew Cuomo announced his support two years ago as the problems with the city's subway system became more acute and its roadways got even more crowded with the arrival of thousands of app-based livery cars.

"We now finally have the body politic ready to pay more, and we have to attack congestion," the Democrat said this week on New York City public radio. "We have to get these cars off the road. You can't even drive in Manhattan."

The proposal, though, is still generating concern from the people it would impact the most: Suburban commuters who don't have great access to trains or buses, businesses that need to make deliveries, and people who live in the city's outer boroughs who would face high tolls to run errands or pick up friends downtown.

"You can't just put this onus on small businesses and the people in the outer boroughs," said Lorenz Skeeter, whose fleet of delivery vehicles would traverse the congestion zone, accruing tolls multiple times every day.

Rolfe Swinton, who regularly comes into Manhattan from Paramus, New Jersey, for work and family day trips, said the congestion charge would add to the several hundred dollars a month in tolls he already pays.

"It's all hugely expensive, and it's only getting worse," he said. "The problem is, what do you do? Public transport is so feeble for doing stuff at off-peak times."

Beginning last month, rides in cabs, Uber, Lyft and other for-hire vehicles below 96th Street were subjected to a surcharge. The fee is $2.50 for taxicabs and $2.75 for others. Those surcharges were approved by lawmakers last year in what was described as a first-step toward congestion tolls.

How the new, broader toll would affect these vehicles is one of the final issues being negotiated by lawmakers and Cuomo. One option would keep the existing surcharges but not impose any new tolls on cabs and other hailed vehicles. Another would eliminate the existing surcharge in favor of a higher toll.

Uber and Lyft have supported calls for congestion tolls, while many cab drivers have protested the proposal, saying more fees on taxi rides will hurt the industry as it tries to compete with surge in ride-hailing services in recent years.

The bright side of the system, policymakers say, would be more money to make public transit better and fewer vehicles on the streets, which could lead to time-savings for people and businesses that now have to budget for time spent sitting in traffic.

In London, congestion pricing has led to a reduction in cars and traffic delays and an increase in the average travel speed in the zone.

The promise of less congestion has won over moving company owner Lior Rachmany to the plan, even though his trucks would be crossing the potential toll boundary frequently.

"That's going to be amazing, that alone is going to make our lives much easier," he said.

The tolls, which Cuomo has proposed wouldn't start until 2021, could be collected either through automated electronic tolling, like the E-ZPass system, or bills mailed to vehicle owners identified by camera images of license plates. Such a system is already in use on several of the city's bridges and tunnels.

While details have yet to be announced, many lawmakers have called for discounts for low-income commuters or for those who already pay a bridge or tunnel toll to enter Manhattan. There might be other exemptions, such as for drivers coming from Brooklyn who don't stop in the congestion zone but instead immediately head north on a highway along the East River.

New York City Mayor Bill de Blasio traveled to Albany on Tuesday to lobby for support of the tolls.

"April 1 is D-Day," he told reporters during his visit to the Capitol, referring to the day the budget is due. "This is a decisive moment. If you're going to act, act this year."