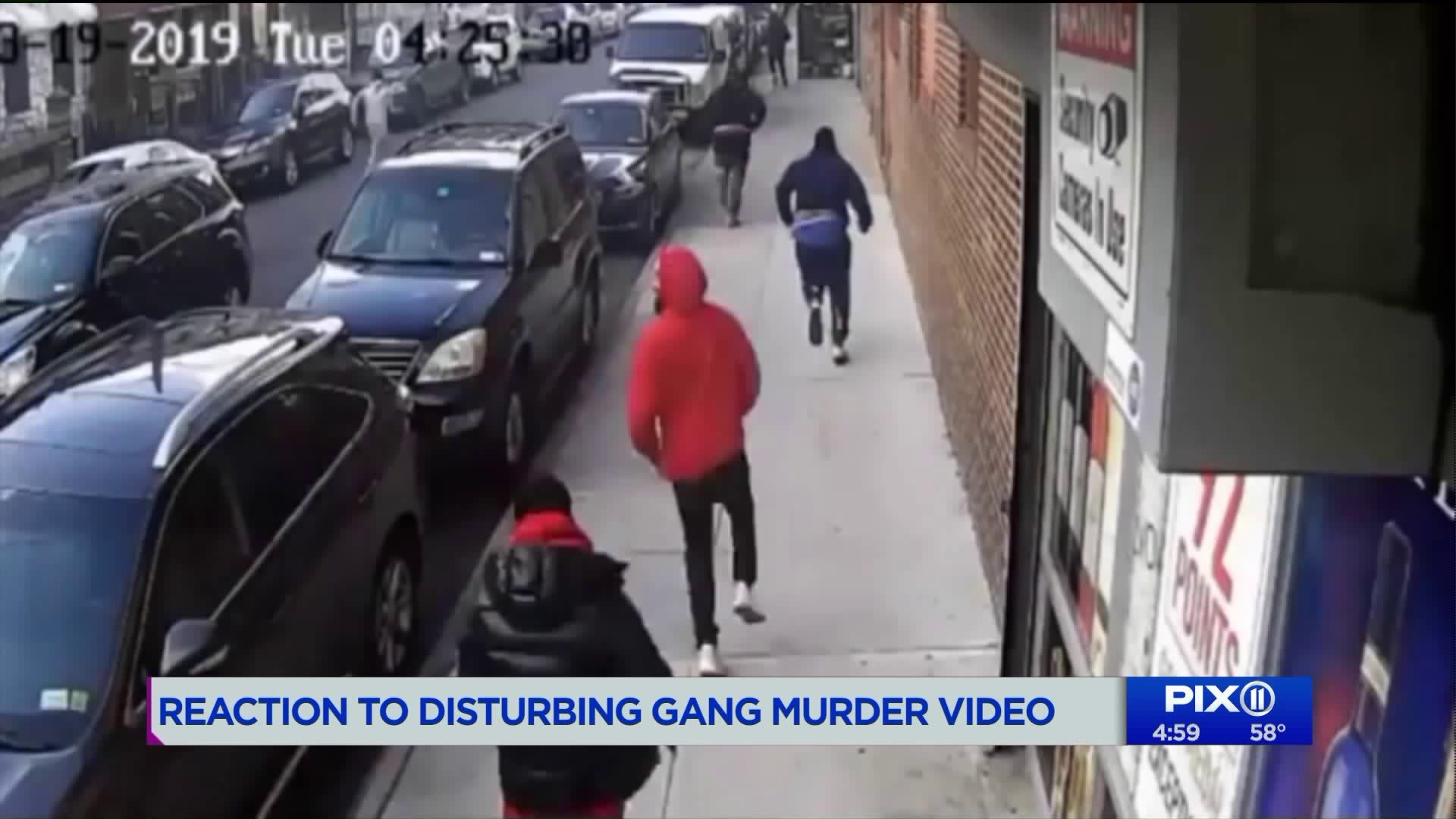 The man seen being chased through the streets of Brooklyn, and eventually killed, in widely seen surveillance footage was in a rival gang, law enforcement sources told PIX11 Friday.

BROOKLYN — The man shown in widely seen surveillance video being chased through the streets of Brooklyn, and eventually killed , was part of a rival gang, law enforcement sources told PIX11 Friday.

Tyquan Eversley was  attacked on March 19. Police released video Thursday showing him being hunted down, in a scene with haunting echoes of the mistaken-identity death of Lesandro "Junior" Guzman Feliz, who was beset by a sect of the Trinitarios gang last June.

In the recent incident, a group of at least 10 people eventually caught up with Eversley, who got stuck on barbed wire when he climbed a fence, and was shot five times, according to police.

Criminal records for both Eversley and the suspects show that they are members of rival gangs, according to law enforcement sources.

Sources did not say if this was the motivation for the attack.

Suspect Michael Reid, 25, was already arrested and charged with murder. Video released Thursday shows the other men. Police identified three of them as Donaven McDay, 29; Shacore Huff, 24; and Alfred Crooks, 22.

Police have asked for help finding the three identified attackers, and tracking down the other six men.