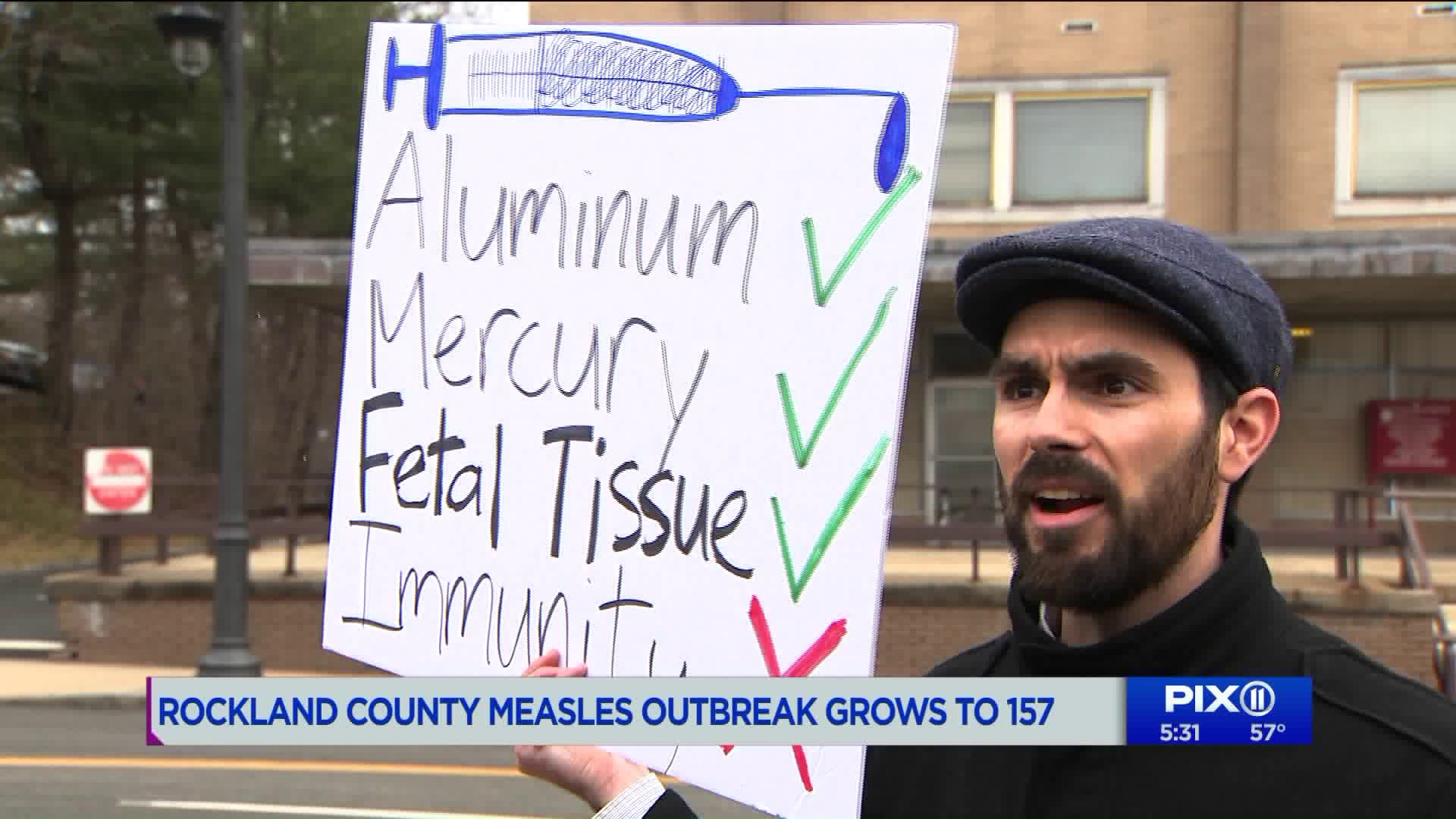 Even with the first-of-its-kind emergency declaration banning people who have not been immunized for measles from public places, new cases are still being discovered at places like the Rockland Kosher supermarket.

ROCKLAND COUNTY -- Three days into a declared “State of Emergency” in Rockland County due to a measles outbreak, public officials said the number of people getting vaccinated are increasing — as are the number of measles cases.

The Orthodox Jewish Community in Monsey is at the epicenter of the measles outbreak in Rockland County.

Even with the first-of-its-kind emergency declaration banning people who have not been immunized for measles from public places, new cases are still being discovered at places like the Rockland Kosher supermarket.

The highly contagious disease is still being spread in many cases by people taking taxis health officials say.

“One of the drivers did get impacted by that, but I guess he did not take precaution,” said Taxi driver Bastin Moise.

Despite four new cases bringing the total number of infected to 157 county-wide, health officials say the emergency declaration is working.

“We have heard anecdotally the declaration is having an effect,” said County Executive Ed Day. “We’ve heard of crowded doctors offices.”

Day said hard numbers show at least 500 MMR vaccines have been given in the last three days. County leaders also stress that the emergency declaration is not about arresting people or ticketing people. There are no special patrols or enforcement actions.

“Most people in Rockland County abide by the law, and when they hear it’s a law they will go and do it,” Day said. “That’s exactly what we see happening now, people realize this is serious.”

However, health officials know they cannot convince everyone. Despite overwhelming scientific evidence undermining his argument, Kevin Connery showed up to the county offices today to protest the executive orders.

Connery did not believe enough study had proven the MMR vaccine affective. Health officials said he is mistaken pointing to numerous easily searchable studies like this one: https://www.ncbi.nlm.nih.gov/pmc/articles/PMC5557224/

Health officials said they “State of Emergency,” would likely continue until Passover and Easter, when families gather and the risk of further infection heightens.