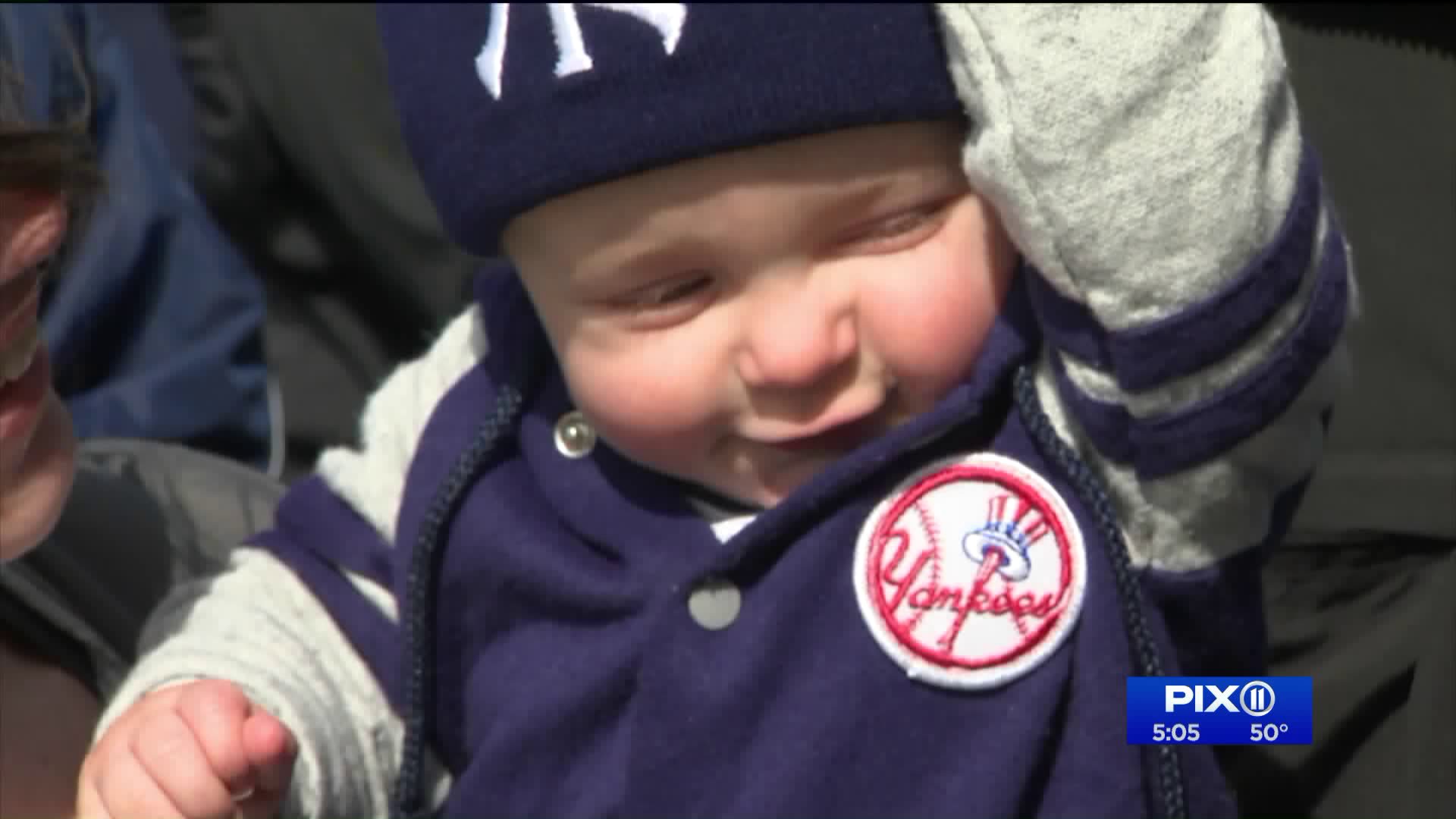 The BRONX — The Yankees are back in the Big Apple!

The Bronx bombers kicked off their home opener at Yankee Stadium against the Baltimore Orioles Thursday afternoon.

It’s a sure sign of spring as the 2019 baseball season kicks off, and it looks like the weather is cooperating this year.

Last year’s home opener was postponed due to a snowstorm.

Though the Yankees are fighting back against some injuries, including Aaron Hicks, Didi Gregorius and ace pitcher Luis Severino, the team's manager, Aaron Boone, is excited for the new season, and of course, they’re hoping for World Series win.

"It's a big deal to be able to walk out there and put on a Major League uniform, but certainly the pinstripes. I don't take it lightly," he said. "It's a privilege to go out there and compete against the best in the game."

A few lucky fans also got to Yankee Stadium in style. The New York Transit Museum rolled out a special "nostalgia" train for the big day. The 1917 IRT Lo-V train will take fans straight to 161 Street-Yankee Stadium from 42nd Street-Grand Central Terminal in about 25 minutes.

The price to ride this train? It's free with a MetroCard swipe.

Watch as we talk to fans ahead of the game: