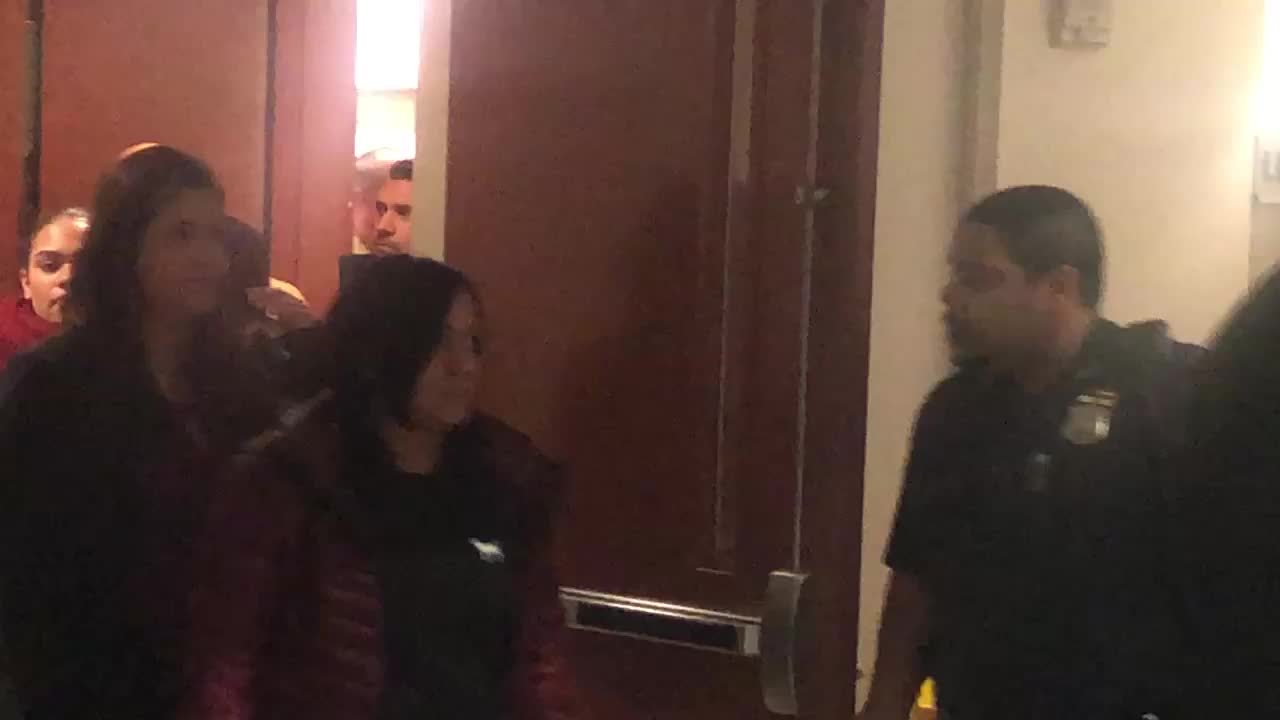 THE BRONX — The father of Lesandro “Junior” Guzman-Feliz screamed and cursed at one of the five murder suspects in court Thursday, after hearing new testimony of what happened in a getaway car, after his 15-year-old son was fatally stabbed last June outside a Bronx bodega.

“You’re a f**king piece of s**t,” Jonaiki,” Lisandro Guzman yelled at Jonaiki Martinez Estrella, as the Murder 1 suspect sat at the end of the defense table. “You’re stupid.”

The grieving father had just heard testimony from a Bronx detective, who quoted a man called “Witness A” in the case.

Witness A reportedly told the detective that he was in one getaway car with Martinez Estrella and Jose Muniz.

“Witness A had stated Jonaiki told him he stabbed the kid in the neck,” the detective said.

The brutal neck wound, which Junior can be seen clutching in various surveillance videos, is the wound that killed the teen, who was just finishing his sophomore year in high school.

People around the world were horrified to see Junior stumble back into the bodega, with the gaping neck wound, only to be turned away and directed toward St. Barnabas Hospital up the street.

Junior collapsed at the hospital’s security booth and bled to death.

Detective Flores from the 48th Precinct also quoted Witness A talking about suspect Jose Muniz in the car.

“As he was holding the machete,” Witness A reportedly said of Muniz, “He said, ‘You see this? If you tell anyone what happened, you know what will happen to you.’”

PIX11 is working to confirm the identity of Witness A.

The detective said Witness A told the cop he was a member of the “Bad Boy’s” gang who hung out with the “Sure” set of the Trinitarios.

Witness A said he’d only met a couple of the murder suspects on the same day that Junior was killed.

Witness A came into the 48th police Precinct in the early hours of Saturday, June 23, more than a day before six suspects, including the five accused stabbers, were apprehended at an alleged Trinitarios hideout in Paterson, New Jersey.

Earlier Thursday, Detective Joseph Bermudez from the NYPD’s 48th Squad said he went to the Paterson Police Precinct on Sunday, June 24, after the six suspects were seized in New Jersey.

Detective Bermudez said he talked to Jose Muniz, who told him his reason for being in Paterson.

“He came to visit a friend. His friends came along with him to New Jersey,” the detective recalled. “He stated that he saw the video and he was told that he looks like the person in the video. People in DR (Dominican Republic) saw the video and were calling his mother about the video.”

The pre-trial hearing resumes Tuesday in the Bronx.

Judge Robert Neary has imposed a gag order on prosecutors, defense attorneys, and family members tied to the case. Cameras are not allowed in court.

PIX11 reported Wednesday night there is chatter beginning that some of the 14 suspects accused in the case want to make plea deals. Five accused of Murder 1 are supposed to go on trial first.