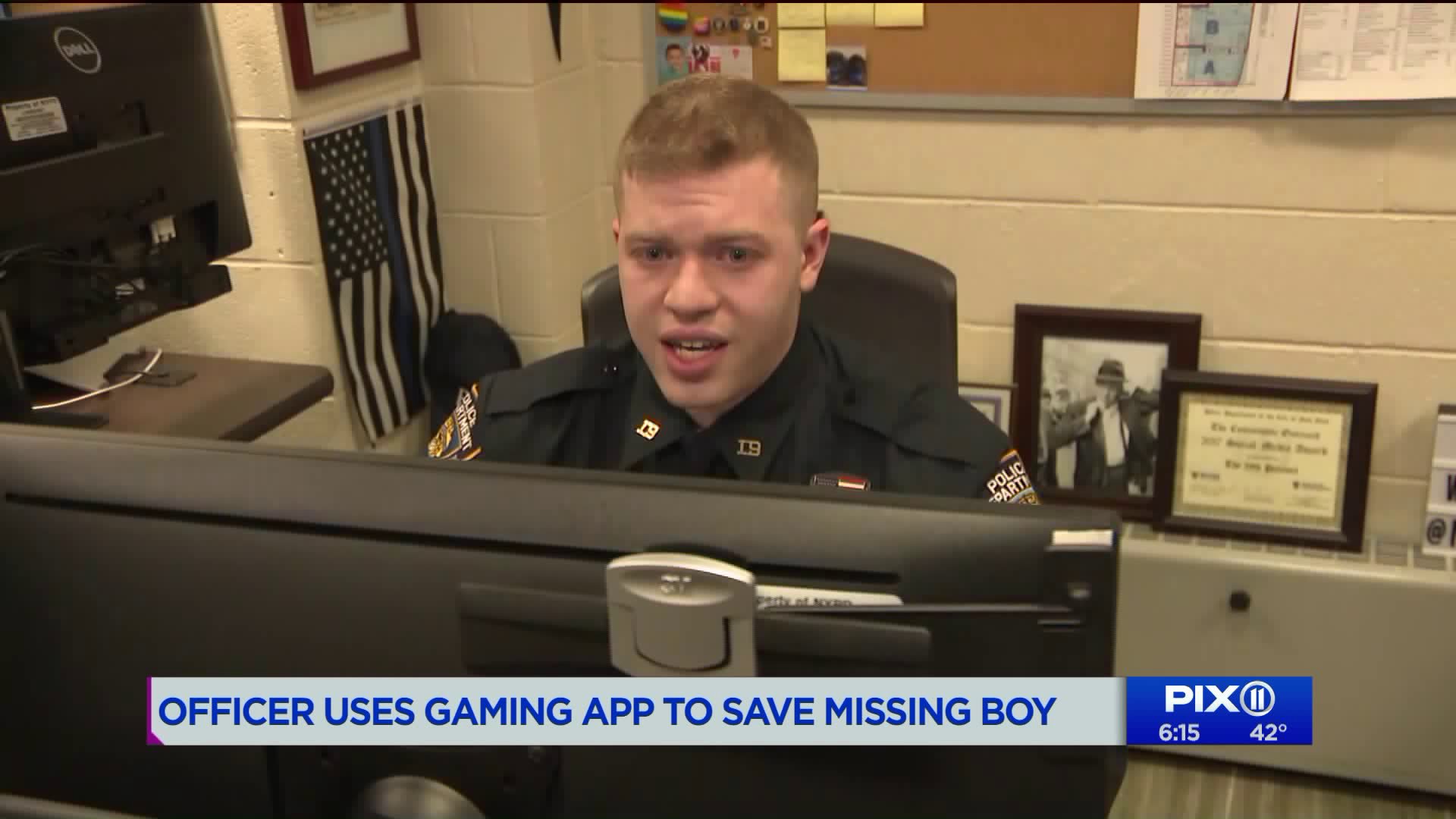 An NYPD officer used his years of experience playing video games to find a missing Manhattan boy. They both use a chat app designed for gamers. Officer Gary Strebel used the app to find the boy and convince him to come home.

Officer Gary Strebel responded to the Upper East Side home of the missing 15-year-old boy on Saturday night. He noticed the Discord app, which allows users to communicate with others while playing online games, was open on the teen's computer.

“I saw the app and I realized that if he has this on his phone as well, then there’s a chance that I can get through to him this way,” Strebel, who’s been working with the NYPD for three years, said.

Strebel uses the app himself and has been playing video games since he was a little kid. He was able to connect with the missing teen right away once he logged on.

“It’s kind of a little a grace period where you don’t know what's heppening, you’re hoping,” he said Wednesday from the 19th precinct where he works.

The boy told Officer Strebel he was at a nearby Shake Shack, police said.

“I asked him if he could come home," Strebel said. "I told him I was at his apartment with his parents and we're just worried about him.”

And after about an hour, the boy walked through the doors of his home.

“It’s always great when you get these kind of jobs, especially when it's involving a child, when they do come home,” said Strebel. “And I was able to do it with something we’re not exactly trained on.”

Officer Strebel, who’s now being called the gamer cop, says he never thought his off-duty hobby would help him save a life.

“I was very happy that he came home," he said. "I was ecstatic that it actually worked.”

The boy’s father told PIX11 the teen was not hurt. He said he’s happy Officer Strebel was able to find his son so quickly and called it a “wonderful job.”

Who said being a millennial was a bad thing?! 💻

Great work Officer Strebel, putting your many years of gaming “research” to work & getting this young #gamer home safe! pic.twitter.com/EbnZw6TQ9M