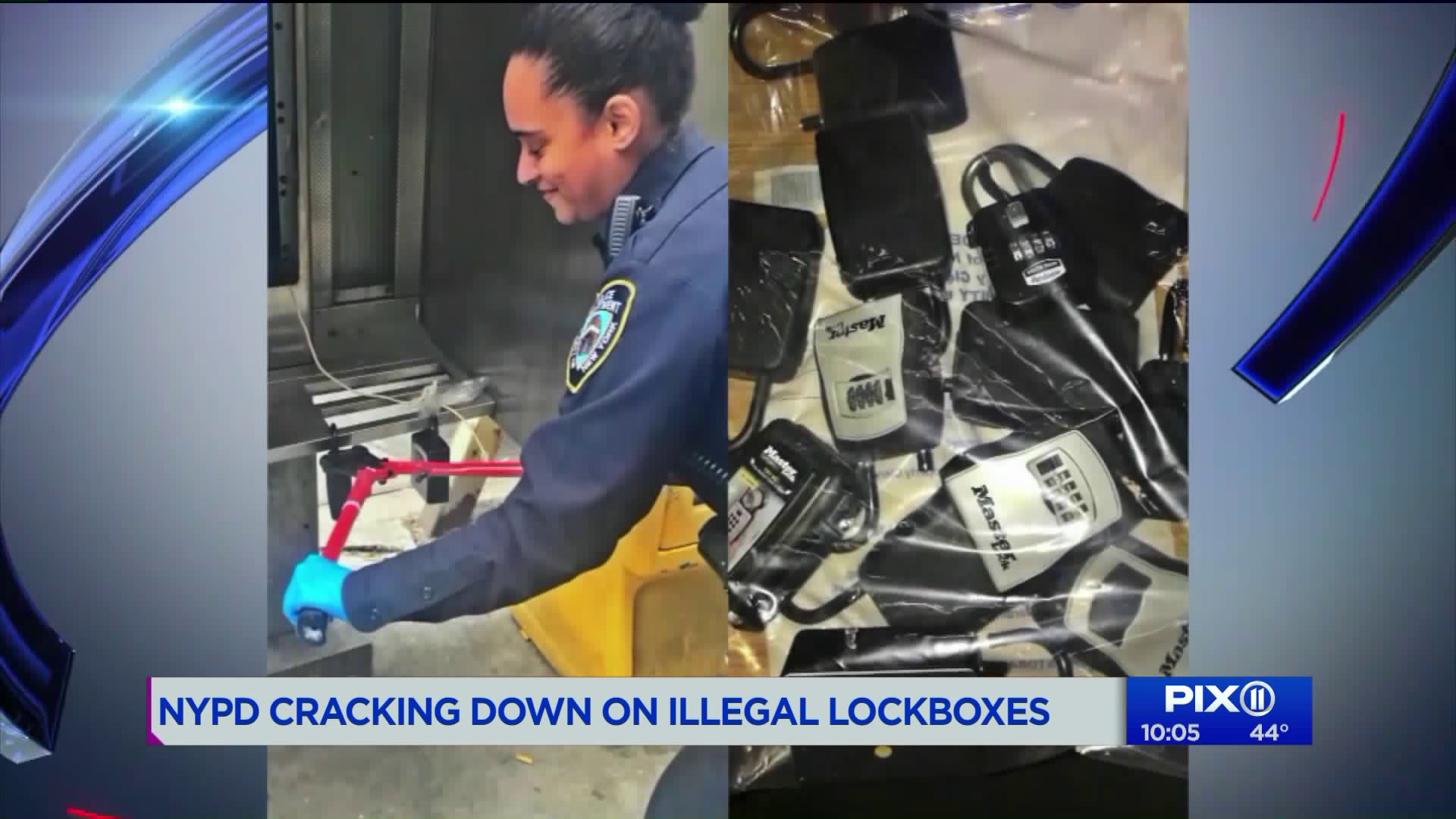 You can still find telephone kiosks in some parts of the city. Many of them have lockboxes attached that are being used to store illegal drugs or to hold keys for illegal Airbnbs or apartment rentals.

HELL’S KITCHEN, Manhattan — Along 9th Avenue in lively Hell’s Kitchen surrounded by countless restaurants and bars, you can still find telephone kiosks. But look closer and you might also find a mysterious black lockbox attached to the metal rails.

The NYPD says they’re confiscating the lockboxes after complaints from area residents during a neighborhood meeting. Police say the lockboxes are being used to store illegal drugs or to hold keys for illegal Airbnbs or apartment rentals.

A tourist visiting from Indiana said he would be uncomfortable with this kind of arrangement.

“No, no I wouldn’t, even where I come from that wouldn’t be cool," he said.

In the era of mobile technology, most people own a smartphone - so many tell PIX11 they barely notice the phone kiosks, let alone the lockbox.

Our PIX11 crew walked the area and did find a lockbox still attached to a kiosk. But police are cracking down. So far, they have clipped and seized 14 lockboxes attached to public pay phones.