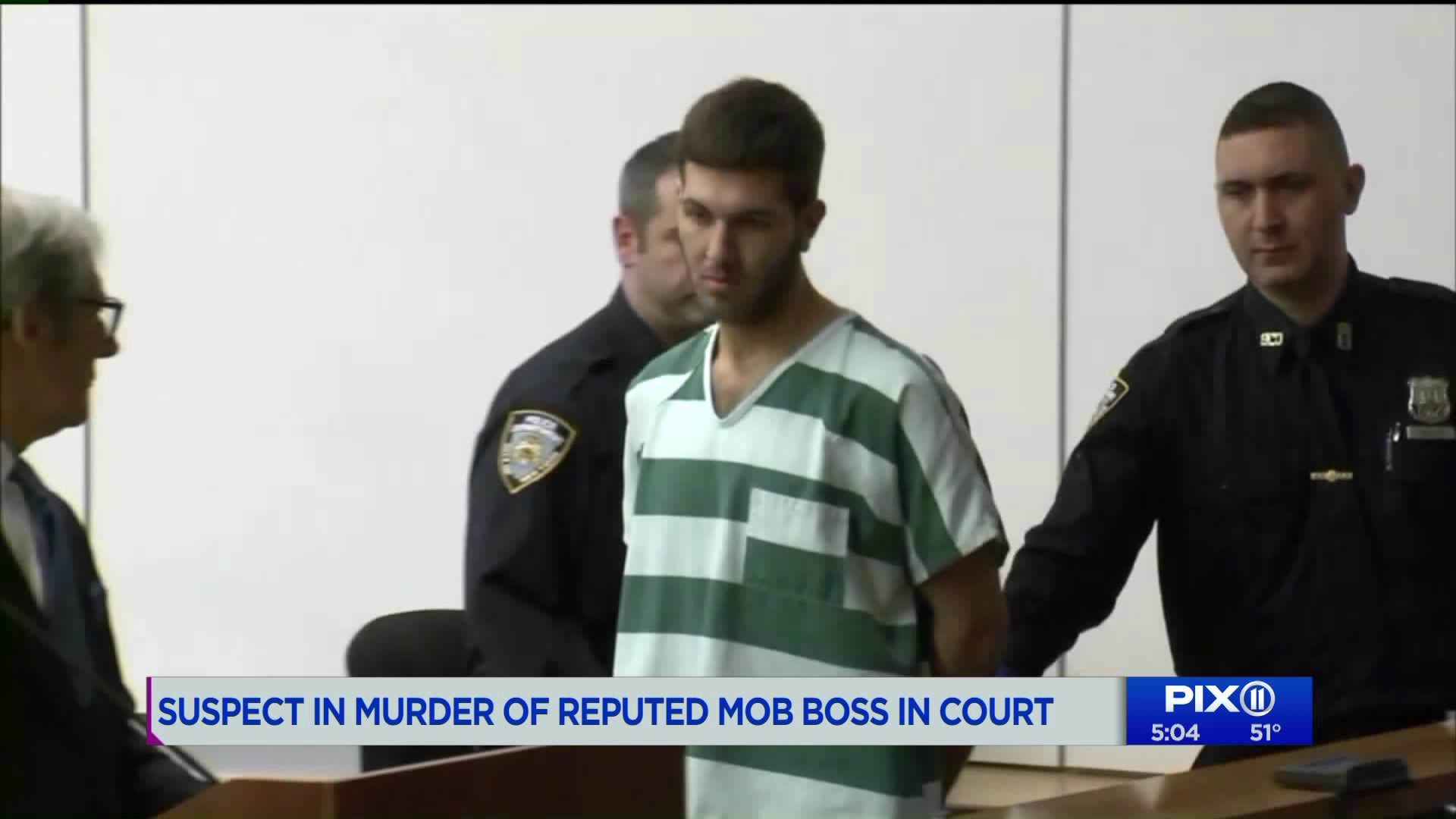 NEW YORK — The suspect in the slaying of a Gambino mob boss faces murder charges, the NYPD announced Monday.

Comello was remanded without bail.

Comello was expected to be brought in under tighter-than-usual security measures because of the mob’s bloody track record for vengeance, the Associated Press reports.

Authorities said Comello lured Cali out of his house on the evening of March 13 by smashing his truck into Cali's parked car. After speaking calmly for a few moments, Comello allegedly drew a 9 mm handgun and pumped several bullets into Cali's body in a scene captured by security cameras at the home.

Comello's background is more obscure, but there has been no allegation he is connected to the mob. The motive for the shooting remains under investigation. News reports have said Comello told investigators that Cali had warned him to stay away from a female relative of Cali's that he was interested in romantically.

During his appearance, he flashed pro-Trump slogans that were scrawled on his left hand, including “MAGA Forever” and “United We Stand MAGA.”