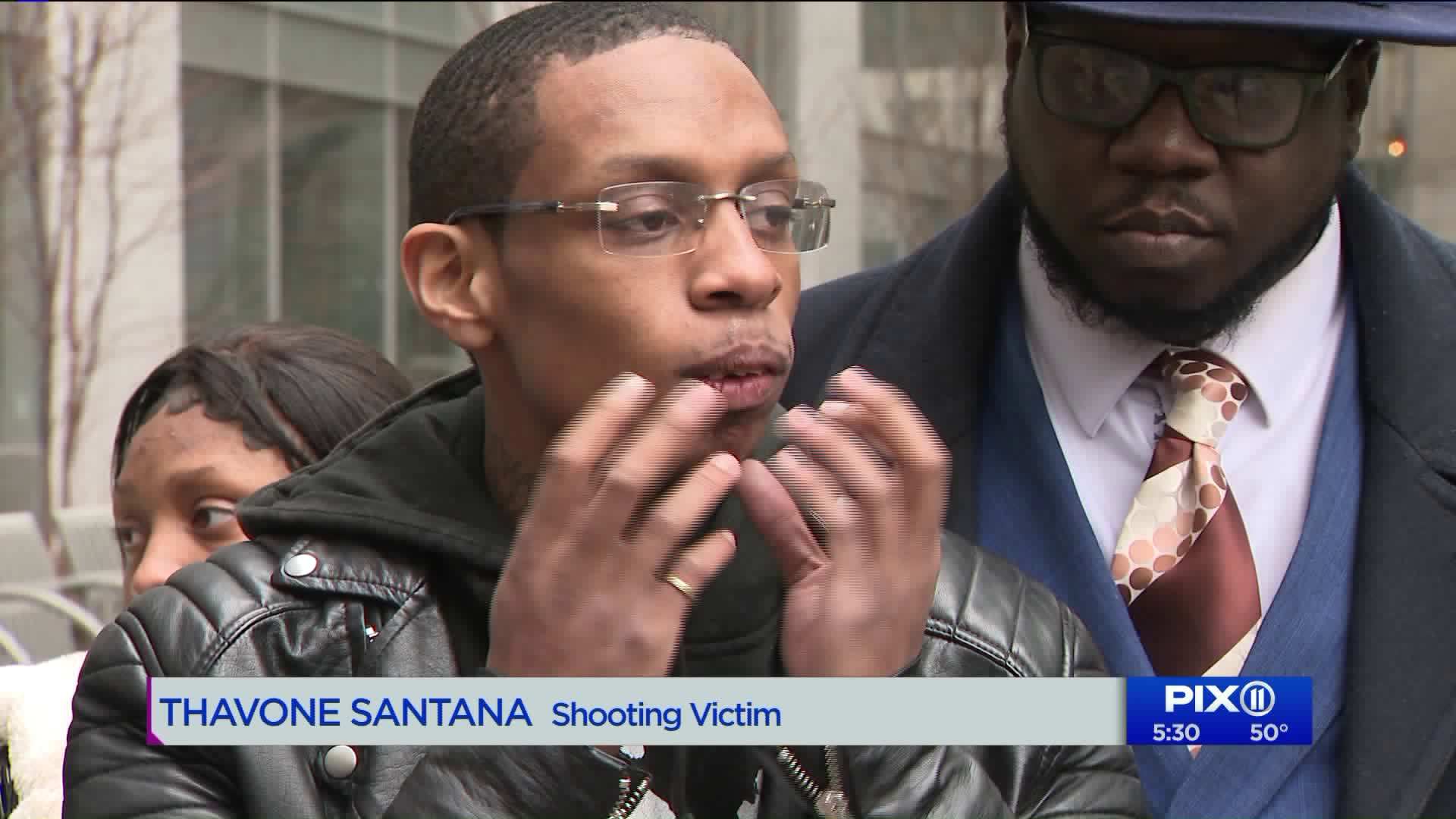 Thavone Santana spoke publicly for the first time Monday afternoon, seven months after he was shot in the face by an off-duty police officer.

Thavone Santana spoke publicly for the first time Monday afternoon, seven months after he was shot in the face by an off-duty police officer.

It was around 5 a.m. on August 2 when Santana got into an argument with a romantic rival, off-duty NYPD Sergeant Ritchard Blake. Blake shot Santana and initially claimed he was defending himself in an attempted robbery.

A grand jury reviewed the case last week and indicted Blake on evidence tampering. Blake was seen on surveillance appearing to drop a knife next to Santana and later picking it back up. Santana’s lawyer believes he should also be charged with attempted murder.

“Thavone Santana is the victim," attorney Thananie Aboushie said. “Not Ritchard Blake. Ritchard Blake is a crooked cop, former cop who abused his badge over and over again.”

Blake appeared in court Friday and entered a plea of not guilty on the evidence tampering charge.

He’s due back in court in April.