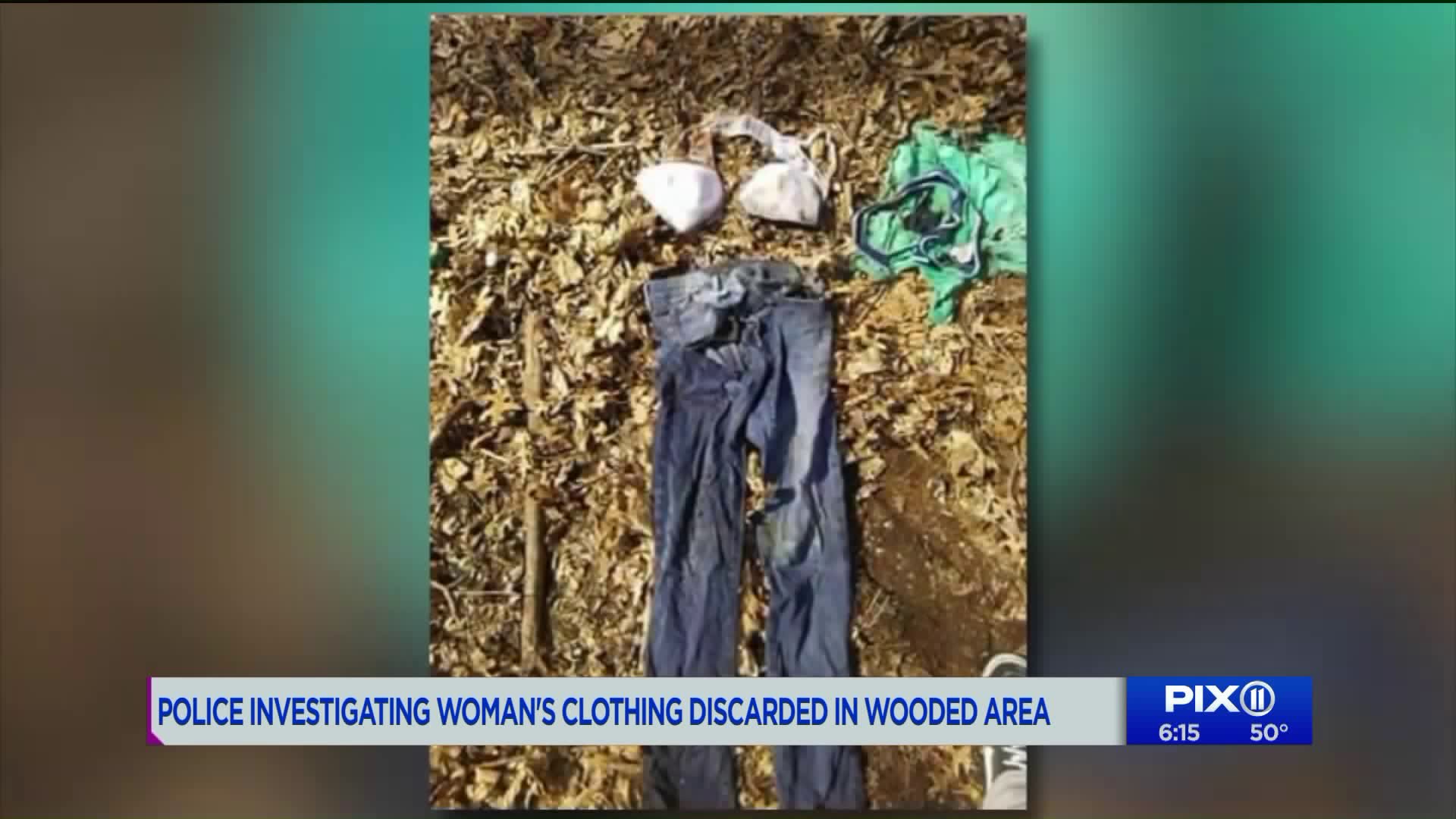 A 5-year-old girl was playing and spotted the clothing Sunday. When her dad took a look, he realized it was a full women`s outfit, down to the undergarments. Everything looked as if it had been cut off of whoever was wearing it.

FAIR LAWN, NJ — A 5-year-old girl found a full set of woman's cut-up clothing, down to the undergarments, in the yard of her Fair Lawn home as she played outside on Sunday, her dad said.

It was the last thing Dave Carota expected to find in the back of his New Jersey home.

"This is where we found the clothes, here, out in the open,” Carota said. “It looked weird because it happened to be a bunch of women's clothing in a bunch, everything was clumped together, and I noticed some of the clothing were cut up.”

There's a wooded area behind their home, which is also near a creek and right off of Route 208.

“It didn’t really feel right. It just seemed really bizarre to us, especially the fact that every single article of clothing was cut up," he said. "Not cut up in shreds, but it looked like it was cut off of whoever was wearing it."

He laid it out, took pictures and put in on Facebook after calling police. Detectives with the Fair Lawn police department took the clothes Monday for DNA testing.

“You see stuff like that, it’s in our nature to assume the worse case scenario,” he said.

He’s hoping someone just put it there as a prank.Eeither way, it’s the oddest thing he’s ever seen in the 13-years he’s been living at the NJ home.

“It’s unsettling and out of the ordinary," he said.

According to Fair Lawn police, there is an investigation underway.