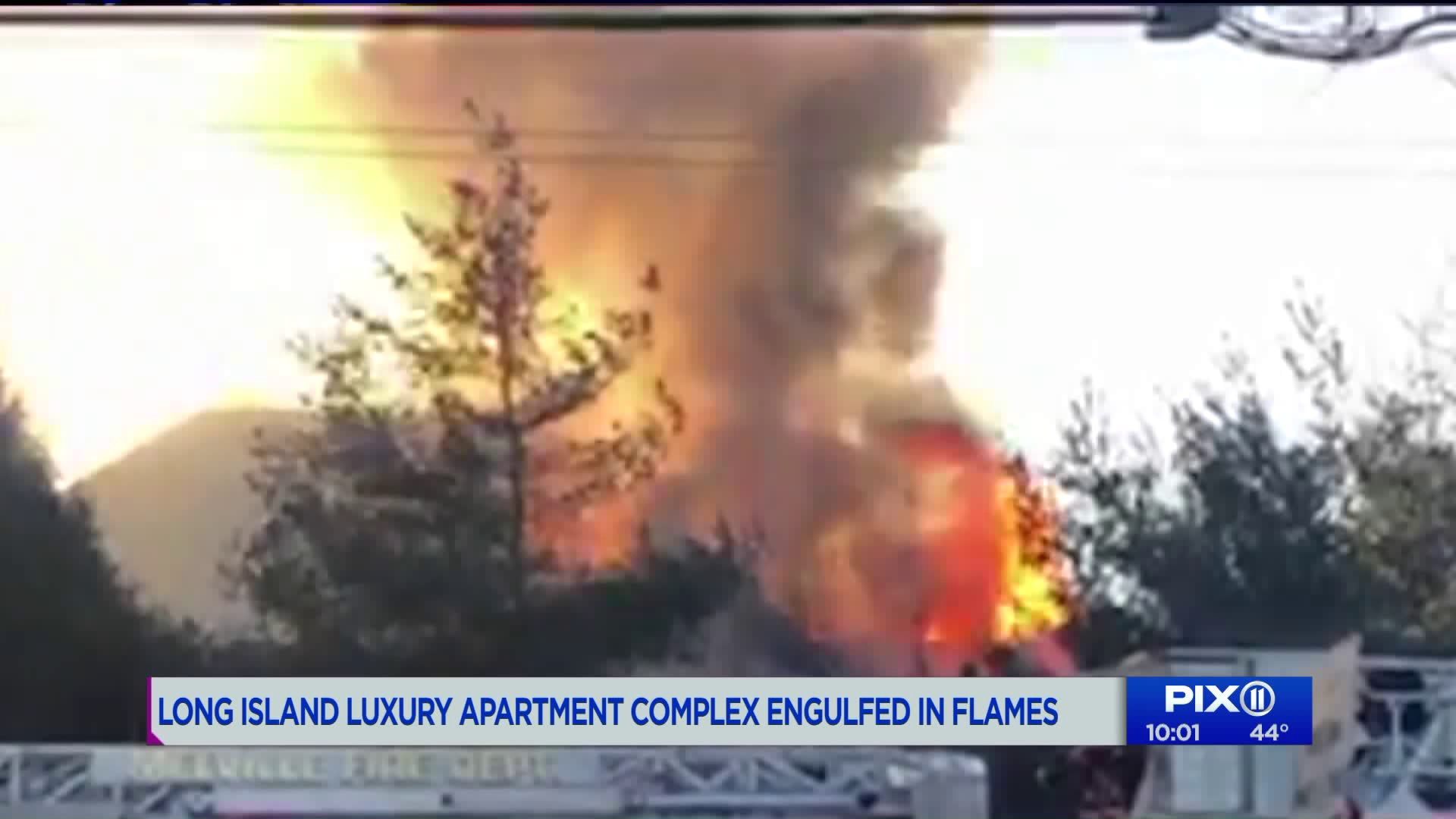 More than 40 people are displaced after a fire broke out at a Melville, Long Island, luxury apartment complex Saturday. Officials said one firefighter suffered minor injuries. One child was reportedly taken to the hospital by his parents, but his injuries are unknown.

Authorities said the fire broke out at Avalon Court just after 6 p.m. and required assistance from at least 17 different fire departments.

Even with help from 100 firefighters, the gusty winds made putting out the fire even tougher.

As fire officials search for the cause of the fire, the Red Cross is on the scene Saturday night, looking to find temporary and long-term shelter for between 30 and 40 people displaced by the fire.

One firefighter suffered minor injuries, according to officials. One child was reportedly taken to the hospital by their parents, but the injuries are unknown and unconfirmed at this time.