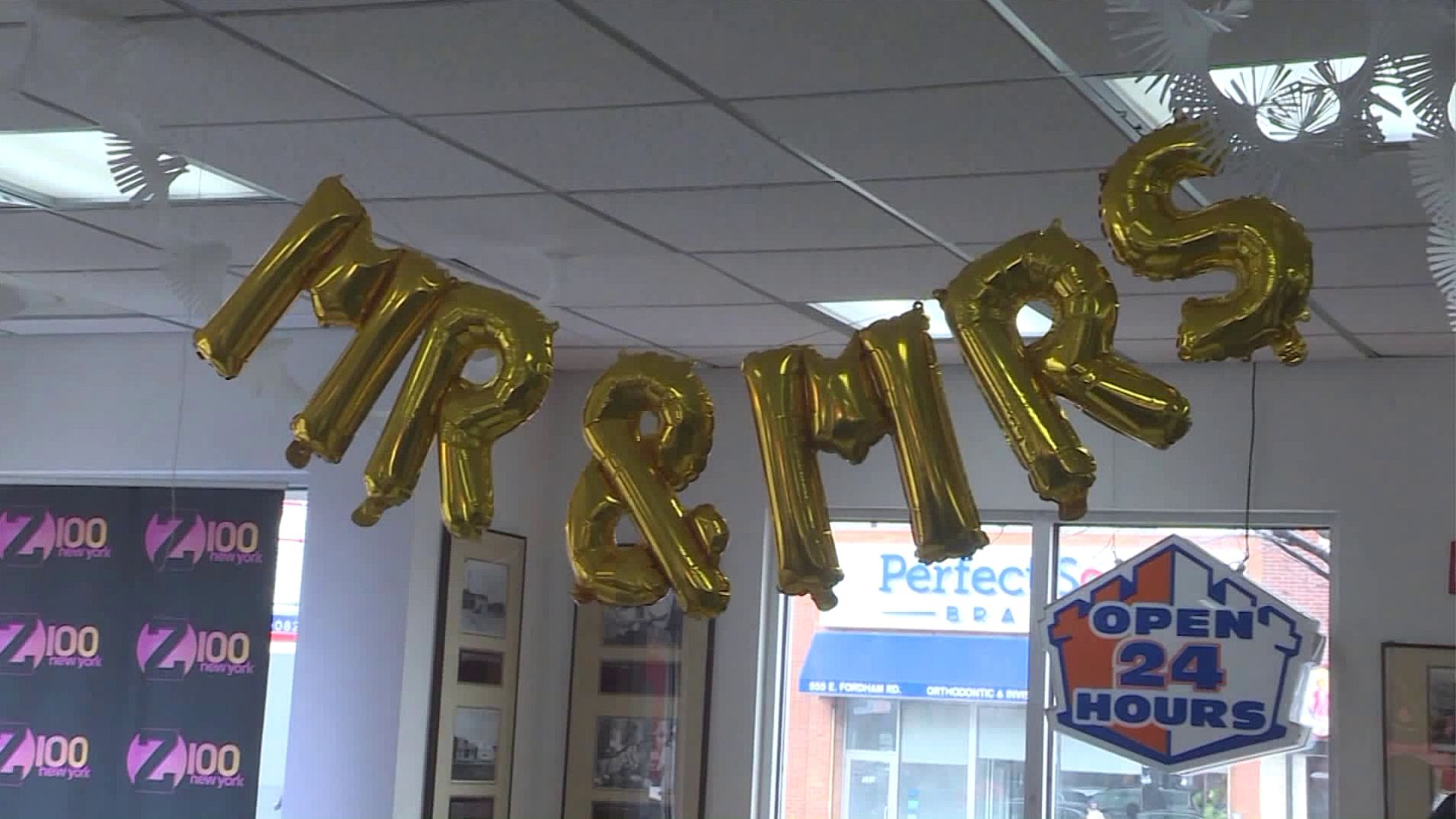 After winning a radio contest on Z100, a Long Island couple got to tie the knot at a White Castle in the Bronx. Fun fact: More than 75 couples have gotten hitched at the fast food restaurant over the years.

BRONX — Anna Katsigiorgis of Amityville, Long Island, fulfilled many people's dream of getting married in a castle on Thursday.

Katsigiorgis walked down the aisle, or rather the storefront, of a White Castle restaurant on East Fordham Road in the Bronx, after she and now-husband Harry Messler won a Z100 radio contest to get married at the fast food chain.

Surrounded by family and friends, the couple tied the knot at the front of the restaurant. Those who know them said the simplicity of the wedding speaks to who they are.

The couple, who said they are die-hard White Castle fans, met online and have been dating for nearly two years.

"I think it's really fun. I was nervous, and now I feel happy," said Katsigiorgis.

The menu for the wedding was fast-food heaven and included the chain's famous sliders, mozzarella sticks and chicken rings.

White Castle said 75 couples have gotten married at various locations over the years.