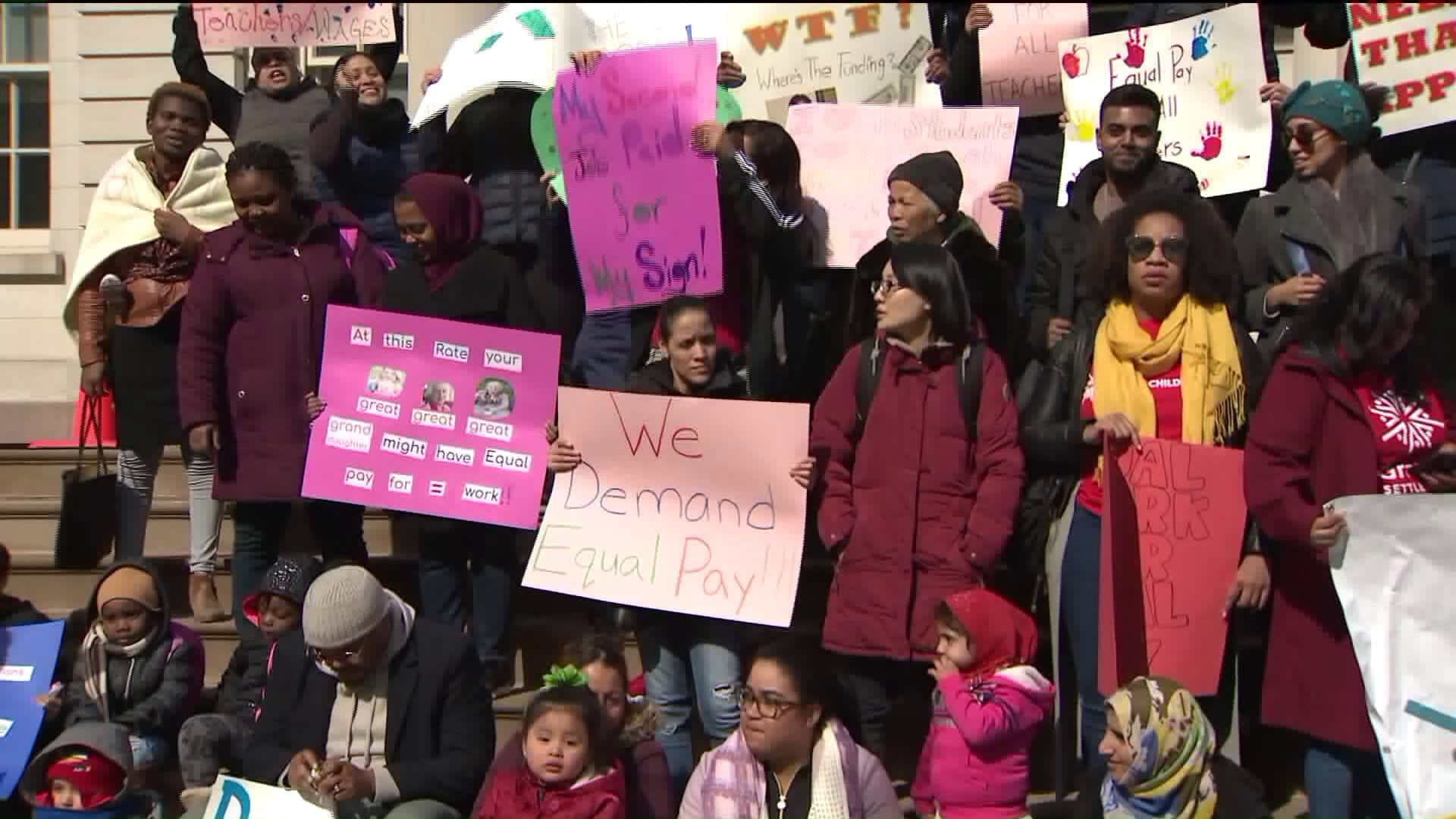 New York City pre-K teachers are ready to strike due to their salaries being substantially less than public school teachers.

Pre-K teachers, who bolster the De Blasio administration's signature program, but whose salary is a fraction of that of other city teachers, made clear that they’re likely to walk off the job soon to protest the inequality of pay.

It was part of a variety of education issues taking center stage at City Hall on Wednesday, including Schools Chancellor Richard Carranza testifying before a committee on education.

"Equity now has been at the heart of my mission," the head of the Department of Education said in his opening statement.

However, that drive for equality of opportunity, based on the two written reports that the chancellor submitted, does not apply to all New York City educators, according to the education committee chairperson.

"There is no plan to address pay parity," said Councilmember Mark Treyger, in response to the chancellor's two-part report, which totaled 65 pages.  Tryger was referring to unionized pre-K teachers employed by community organizations, such as Head Start.

They form the backbone of the De Blasio administration's education policy of providing pre-kindergarten for all New York families, yet they're paid as much as 60 percent less than D.O.E. educators, including pre-K teachers within the D.O.E.

"Our entire early childhood education system is destabilized and at risk," Treyger said from inside the council chamber on Wednesday morning about the situation.

Outside, on the steps of City Hall on Wednesday afternoon, he joined a few hundred pre-K teachers for a rally to draw attention to the issue of pay inequity.

Various pre-K education providers made clear that they intend to take action.

"I feel very confident that we’re ready to strike," said Margarycel Nunez, a former pre-K teacher who now owns her own preschool in Brooklyn Heights.

She said that the teachers she employs, having voted to approve a one- or two-day walkout, are prepared to do it, along with the thousands of other unionized pre-K teachers citywide.

The starting salary for unionized pre-K teachers is $42,090, according to the Campaign for Children, a coalition of community organizations that provide early childhood educations.

The Grant Street Mission is one of those organizations. Its Head Start director, Ayana Reefe, was clear about what's next on the issue of equal pay.

"I've been hearing from my staff they will strike," she told PIX11 News.