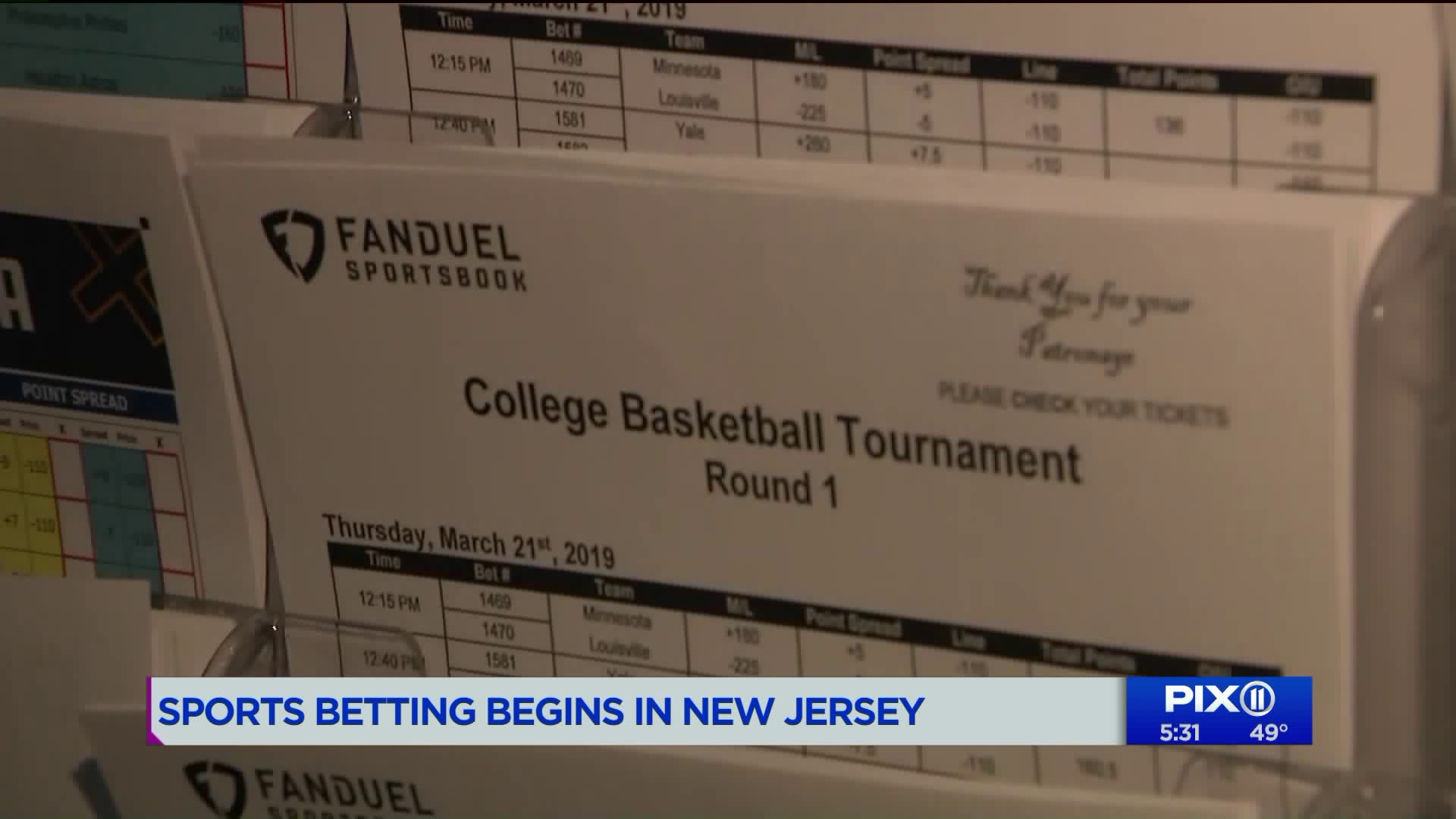 The NCAA tournament heats up Wednesday night with St. John`s taking on Arizona state, but even though the game is 2,400 miles away there`s plenty of action happening in New Jersey.It is the first time there is online and in-person sports bettering during March Madness in the Garden State.

MEADOWLANDS, NJ— The NCAA tournament heats up Wednesday night with St. John’s taking on Arizona state, but even though the game is 2,400 miles away there’s plenty of action happening in New Jersey.

It is the first time there is online and in-person sports bettering during March Madness in the Garden State.

PIX11 caught up with some gamblers, including Bob Petronaci and Joseph DiBella, who were already placing their bets at the FanDuel Sportsbook at the Meadowlands Racetrack.

“A good 20 years we’ve been waiting to do this in New Jersey,” DiBella said. “We used to have to go down to Las Vegas.”

The pair is joining the many thousands of gamblers expected to bet tens of millions of dollars on the tournament in Jersey. It will add to the $2 billion wagered on sports in the state since legalization in mid-2018.

“We’re very excited for this weekend coming up,” said Jeff Lowich, a supervisor at the FanDuel Meadowlands Sportsbook. ”We’ve been preparing for this for months. We’ve got 35 teller windows, and we just got approval for extra self-service windows, 51 terminals.”

“I would say go in with a smile like you’re going to have fun,” Amato said. “Decide that you have ‘X’ amount of dollars you’re going to play, until you find out exactly what interests you, and then you can pick from the menu.”

Amato predicts once the Jersey sports betting industry hits its stride, both online and in person, the state could see about $3.5 billion in annual betting. That would mean tens of millions in tax revenue and support industries and employment popping up around the gambling.

So far FanDuel estimates that about 25 percent of its action on the NCAA Tournament is coming from New Yorkers crossing the river to get on their phones or get into sportsbook rooms.