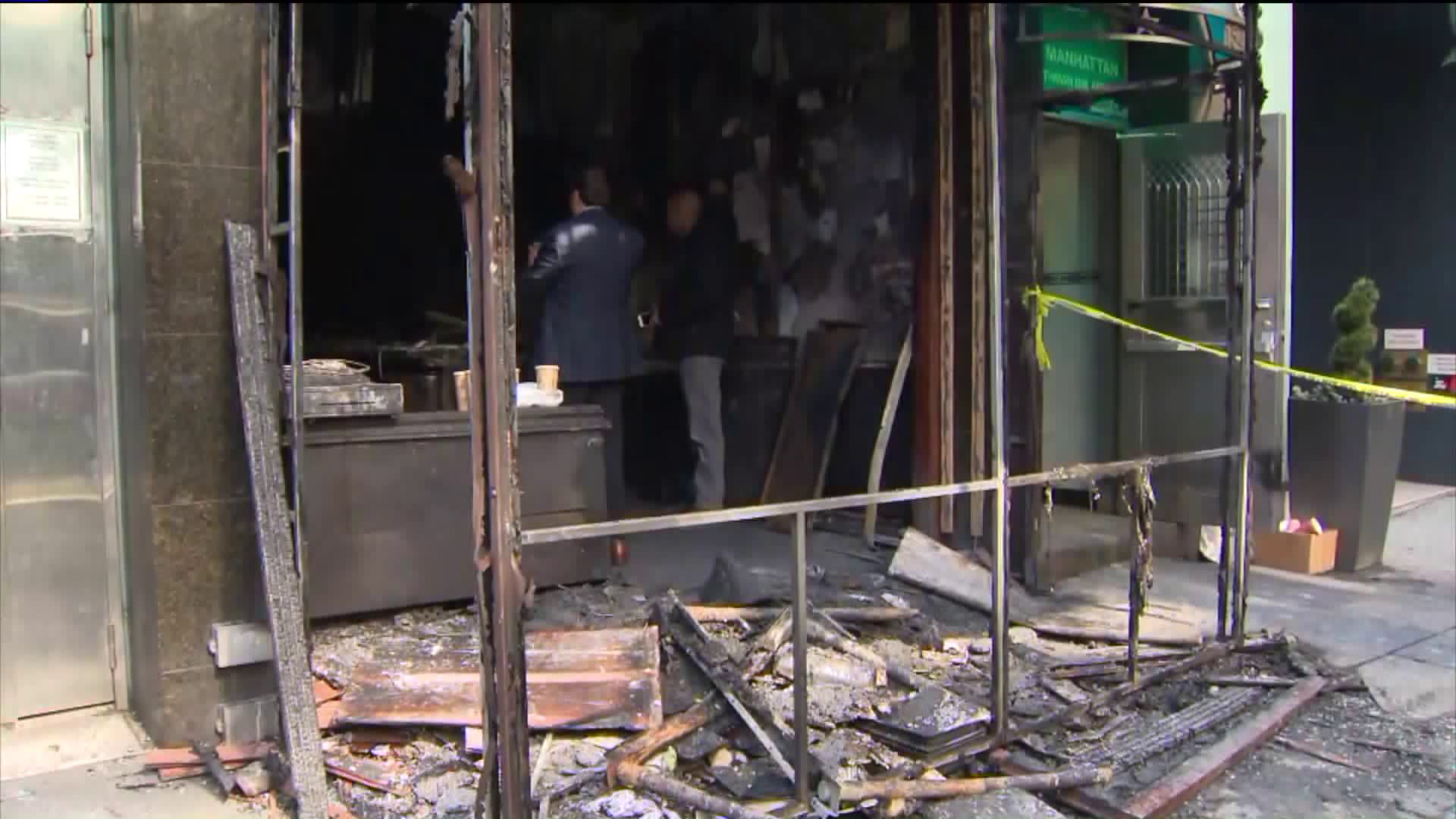 The manager of popular midtown restaurant Omar`s Mediterranean Cuisine tells PIX11 they will rebuild after a fire gutted the popular eatery early Wednesday morning. A mosque upstairs from the restaurant was also damaged in the fire.

MIDTOWN, Manhattan — At least four people were injured after fire broke out at building in Manhattan Wednesday morning.

The fire broke out at a first floor of a five-story building on 154 E. 55th Street, fire officials said.

Four people suffered minor injuries and are being evaluated at the scene, fire officials said.

The blaze was deemed under control just after 6 a.m.