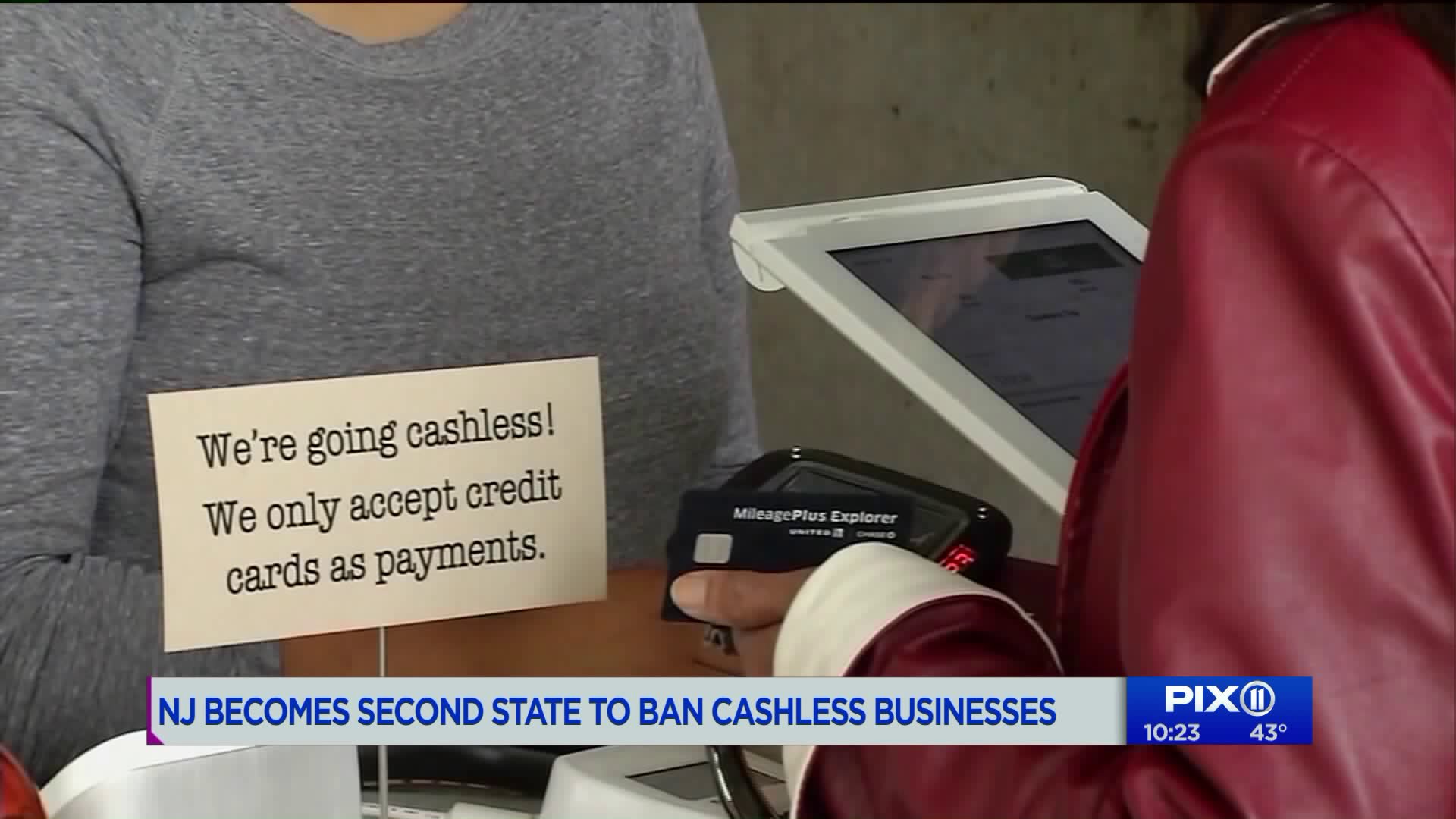 New Jersey Gov. Phil Murphy signed the legislation Monday.The new law takes effect immediately and would punish businesses that violate it with a fine of up to $2,500. The law exempts certain sectors, like parking facilities, car rentals and airport vendors.

The Democrat signed the legislation Monday.The new law takes effect immediately and would punish businesses that violate it with a fine of up to $2,500.

"Many people don't have access to consumer credit and any effort by retail establishments to ban the use of cash is discriminatory towards those people," said Moriarty (D-Camden/Gloucester). "The U.S. dollar is legal tender and should be accepted at any retail establishment in New Jersey."

NJBIA Vice President of Government Affairs Michael Wallace issued the following statement regarding the signing of the bill.

"Today’s signing removes a business owners’ right to freely determine how they would like to receive payment for their products and services," Wallace said. "The preference for retailers to run a cashless business is often based on efficiencies and, in some cases, as a safety measure.

"Consumers of all income levels are able to access pre-paid cards for purchasing. As such, this law will ultimately stifle innovation and act as a further deterrent to doing business in New Jersey."

The measures gained traction as online retail giant Amazon told Philadelphia officials that the legislation would "impede" plans to bring an Amazon Go stores to the city.

Amazon has not responded to a request for comment on the New Jersey law.