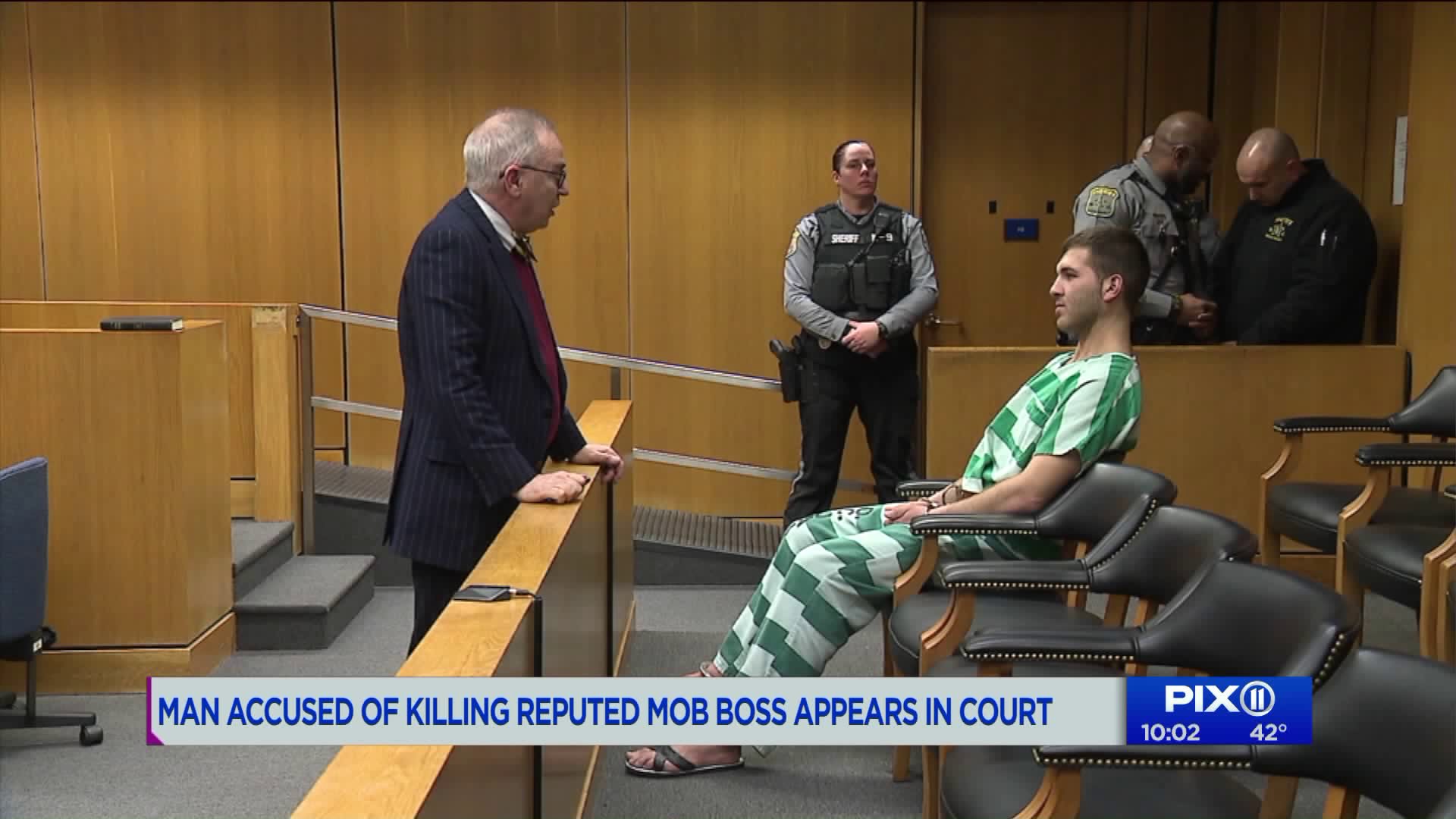 Anthony Comello, 24, was arrested Saturday in New Jersey in the death of Francesco "Franky Boy" Cali last week in front of his Staten Island home. Cali, 53, was shot to death last Wednesday by a gunman who may have crashed his truck into Cali`s car to lure him outside. Police said Cali was shot 10 times. 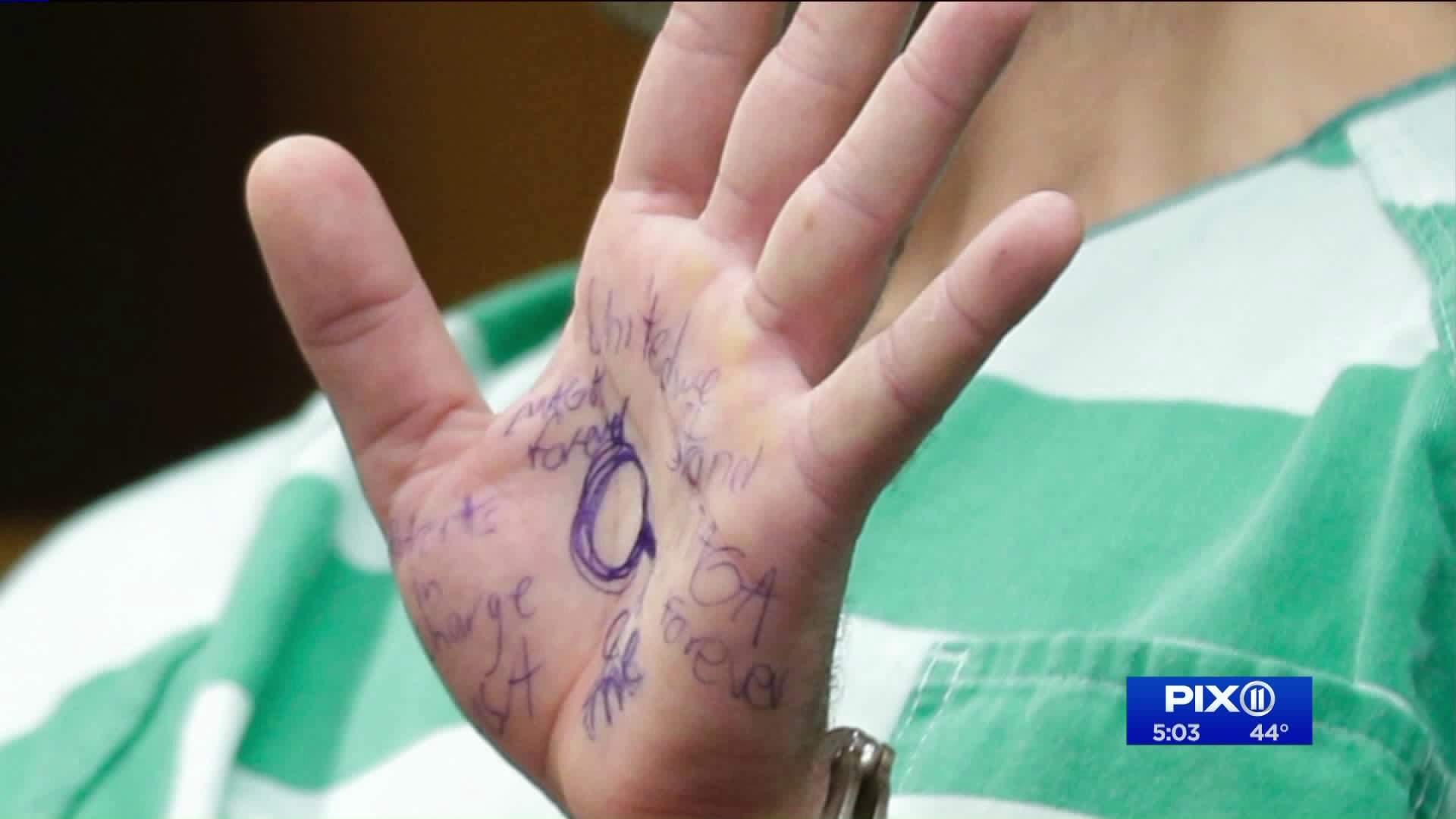 NEW YORK — The 24-year-old Staten Island  man facing murder charges in the killing of the reputed Gambino crime boss flashed pro-Trump slogans that were scrawled on his left hand in court on Monday.

The suspect, Anthony Comello, appeared in green-and-white prison stripes before an Ocean County judge on Monday, ready to be returned to Staten Island to face murder charges in the killing of alleged mob boss Frank Cali. The phrases written in ink on his hand included "MAGA Forever," "Make America Great Again" and "United We Stand MAGA."

As Comello prepared for extradition, a PIX11 law-enforcement source said Comello has been struggling with opioids

"The kid definitely has a very bad drug problem," the source said.

When asked if it was heroin or another type of opioid, the source responded, “You’re on the right track.”

Early on in the investigation, many in law enforcement didn’t believe this was a traditional mob hit. As one source told PIX11, “There’s always more than one person there (in hits on bosses), and they’re not using their own cars.  None of it makes sense.”

PIX11 News learned Monday from the same law enforcement source that Comello used the Outerbridge Crossing Wednesday night to make his getaway in his blue pickup truck from Staten Island to New Jersey.

When members of a fugitive task force found Comello early Saturday morning, his truck was with him at his parent’s house in Brick, New Jersey, near the Jersey Shore.

This led some New York tabloids to label Comello a “dumbfella” for using his own vehicle and leaving his fingerprints on the license plate of his alleged victim.

Despite revelations of Comello’s interest in Frank Cali’s niece, another law enforcement source told PIX11 Monday that not everyone inside the NYPD buys this as a motive.

“Some people don’t believe it.”

Certainly, hundreds of people who have responded to PIX11’s reports on Facebook, Instagram and Twitter don’t fully believe the picture that’s emerging of events leading up to the brazen murder. Even the NYPD chief of detectives isn’t publicly married to one version of events.On Saturday, Chief Dermot Shea noted, “Let me reiterate.  This is far from over!”

Shea said key questions concerning Anthony Comello were: “Was he acting alone?  Was he acting for other people? Are there others involved?”As Shea put it, “Oftentimes, the first story is not the final story.”