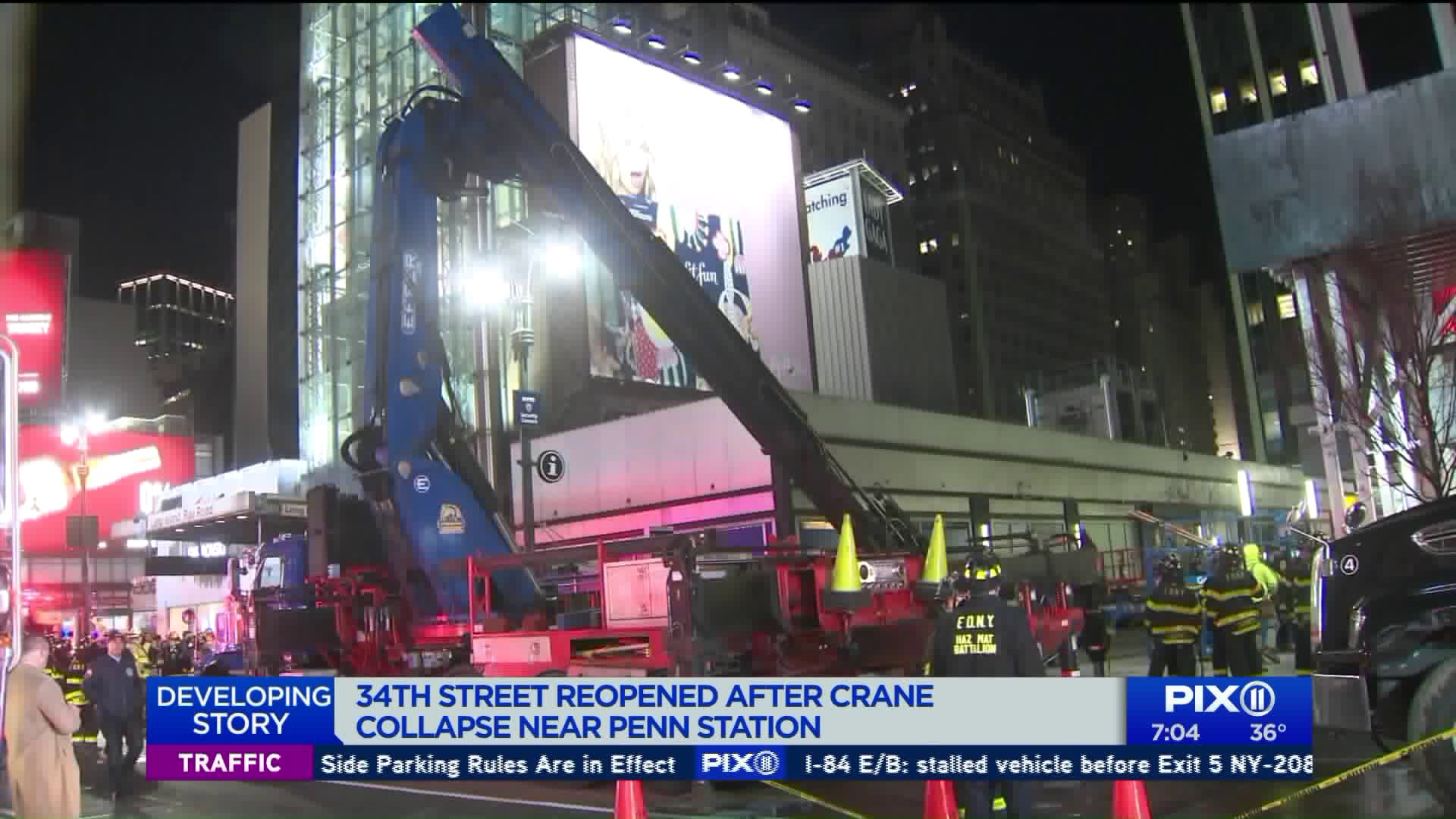 West 34th Street is reopened to traffic after the boom truck that malfunctioned near Penn Station has been removed.

MANHATTAN — West 34th Street is reopened to traffic after the boom truck that malfunctioned near Penn Station has been removed.

The collapse was at 34th Street and 7th Avenue Monday night, officials said.

The hydraulic system failed on the crane, causing the boom to lower to the ground, police said. Hydraulic fluid also spilled out.

Crews working with the Lifting Solutions Boom Service were in the process of putting up a sidewalk shed across from the Kmart store when the heavy beams caused a piece of the "knuckle crane" to suddenly collapse, according to FDNY chief Anthony Pascocello.

"Apparently the beams they were using for the structure was overloaded. It's a "knuckle crane" and a pin broke to cause the crane to collapse and crash onto the ground," he said.

The machine operator suffered a minor injury to his foot, officials said.

The boom truck has since been removed.

Naomi Dollman, office manager of Lifting Solutions NY, says this has never happened to them before and "it was obviously an equipment malfunction."

According to Dollman, the operator has been with the company for 15 years and is doing fine following the incident.

West 34th Street along Seventh Avenue was quickly shut down to vehicular and foot traffic.

The Department of Buildings was on scene.

The knuckleboom truck, a delivery vehicle that does not require a D.O.B. permit, is different from a construction crane, which is used or construction operations and requires D.O.B. approvals and inspections, according to the Department of Buildings.