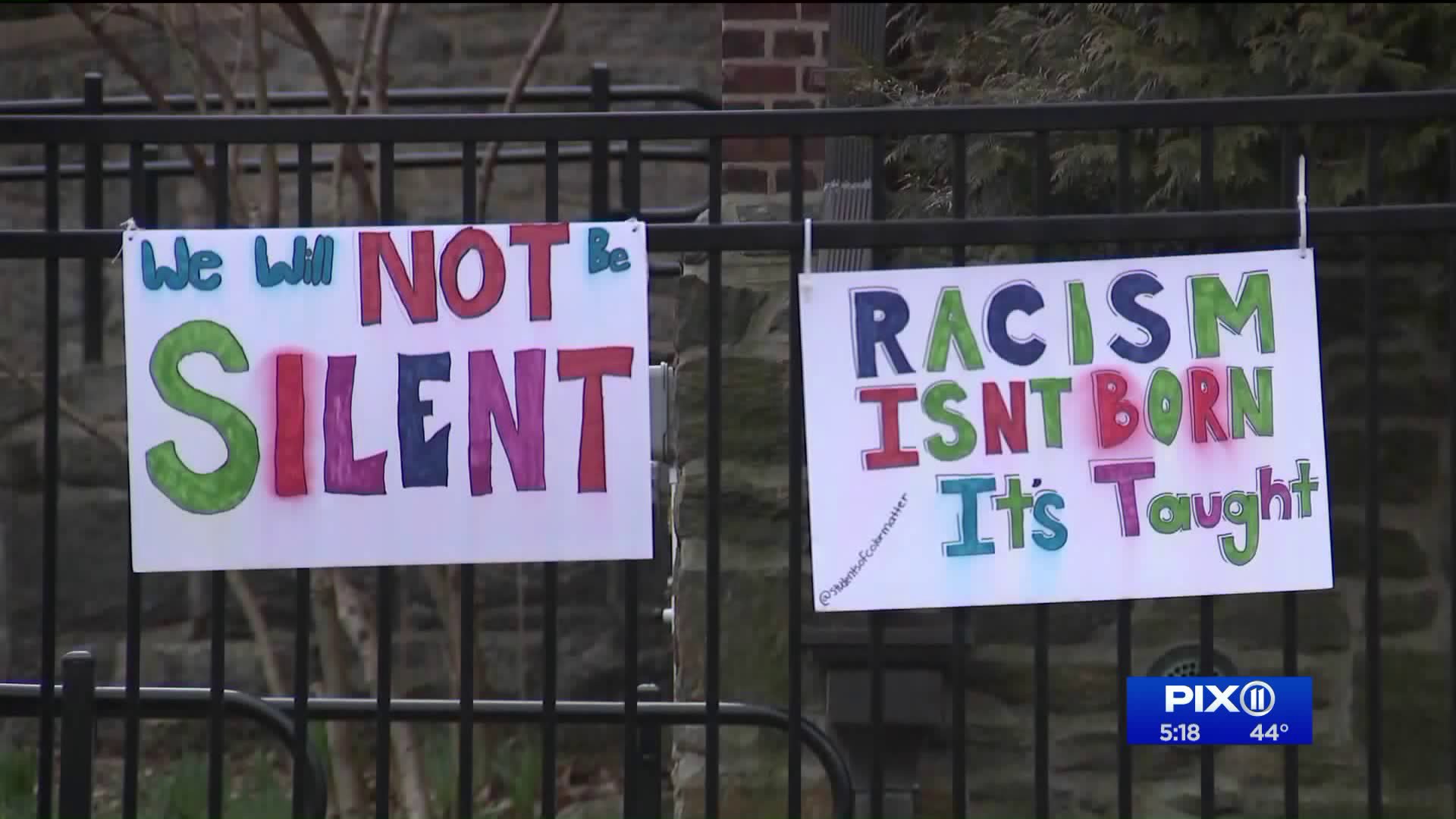 The drama at the Ethical Culture Fieldston school started after videos spread around campus with racially charged language. Including this footage just obtained by PIX11.

THE BRONX -- After weeks of unrest and student protests over racially charged videos, a family sued The Ethical Culture Fieldston School Monday, alleging a pattern of discrimination.

Malakai Hart’s family spoke to PIX11 Monday about their suit against the school. They also shared a cell phone video that was posted to social media where another Fieldston student called Hart the n-word.

“This has been continuous and damaging psychologically and developmentally,” Hart said.

Last week, students held a sit-in overnight, calling on the school to change the way they address racially charged controversies.

The Hart family says speaking up has led to retaliation, their attorney Derek Sells said, “they set up cameras in locations where African American students would feel comfortable and gather.”

The Ethical Culture Fieldston School responded to the law suit Monday telling PIX11 News, “one day we'll have a better understanding about why this particular lawyer finds it productive to file frivolous lawsuits against Fieldston, but for today we can say without reservation that this is meritless and does not reflect the truth about our school. Jessica Bagby is not going anywhere and does not deserve to be blamed or scapegoated for whatever this family’s concerns may be.”